Don Lemon: If You Grew Up In America, You’re Probably Racist 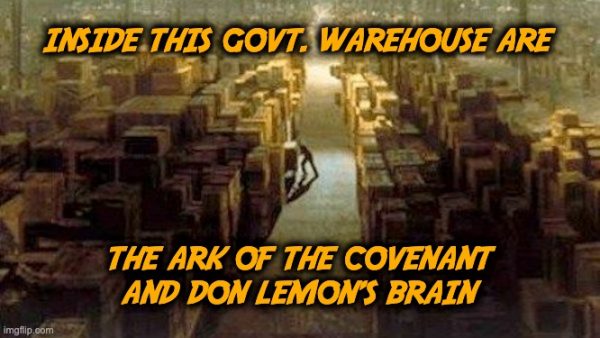 CNN anchor Don Lemon believes that if you grew up in America, it’s more than likely you’re a racist by default. Don Lemon’s racist

“Listen, white people are so scared right now to do anything, to talk about anything, to broach these conversations,” Lemon said in an appearance on his network’s morning show, New Day.

“They’re sort of frozen because they — who wants to be called a racist, right?” he continued. “Who wants people to think that they have a racial blind spot?”

Are members of the media the only group of people that fail to realize calling everybody in America a racist has jumped the shark at this point? Nobody cares because it’s not a real thing.

First, if there was a race problem in America, there’d be people protesting the treatment of the police officer who killed George Floyd. Instead, everybody has condemned him. Heck, the guy couldn’t even get his wife to stick by him.

Second, has the media provided one shred of evidence that Floyd’s killing was motivated by race in any way? Or was this officer just a schm*ck who would have done this to anyone he felt like flaunting power over?

CNN's @donlemon thinks that if you grew up in America that you're racist by default. pic.twitter.com/djV3rDsm0f

Everyone Who Grew Up In America

He then alleged that anyone who grew up in America is almost certainly a racist. You, me, everyone reading these pages – all racists!

“If you grew up in America, you came out of American soil, considering the history of this country … how can you not be racist?” he asked. “How can you not have racial blind spots? How can you not see that the factory reset in America is whiteness?”

Worth noting that Lemon was born and grew up in Lousiana. Which, by his own definition, means he is a card-carrying racist. But leftist imbecile is a more accurate description.

Lemon should agree with Mr. Freeman. After all, in the movie Evan Almighty, Freeman was God.

A couple of weeks ago, Lemon suggested the rioters who were setting cities ablaze in the name of justice for Floyd were comparable to American revolutionaries.

“Our country was started because of the Boston tea party. Rioting,” Lemon said as footage of arsons and looting were coming out. So do not get it twisted and think this is something that has never happened before, and this is so terrible and these savages and all of that,” he continued. “This is how this country was started.”

“Our country was started because, the Boston tea party. Rioting. So do not get it twisted and think this is something that has never happened before and this is so terrible and these savages and all of that. This is how this country was started” –@DonLemon on @CNN 11:53 PM ET. pic.twitter.com/dGu5TmArsp

Didn’t he say, everybody who grew up in America – which indeed would have constituted American revolutionaries and our founding fathers – is, by default, racist? Are you a patriot or not, Mr. Lemon? A patriot would not paint all Americans with such a broad brush.

The CNN activist has also suggested that implementing law and order in this country is tantamount to heading toward a dictatorship. Huh?

Is it any wonder the President has referred to Lemon as the “dumbest man on television”?