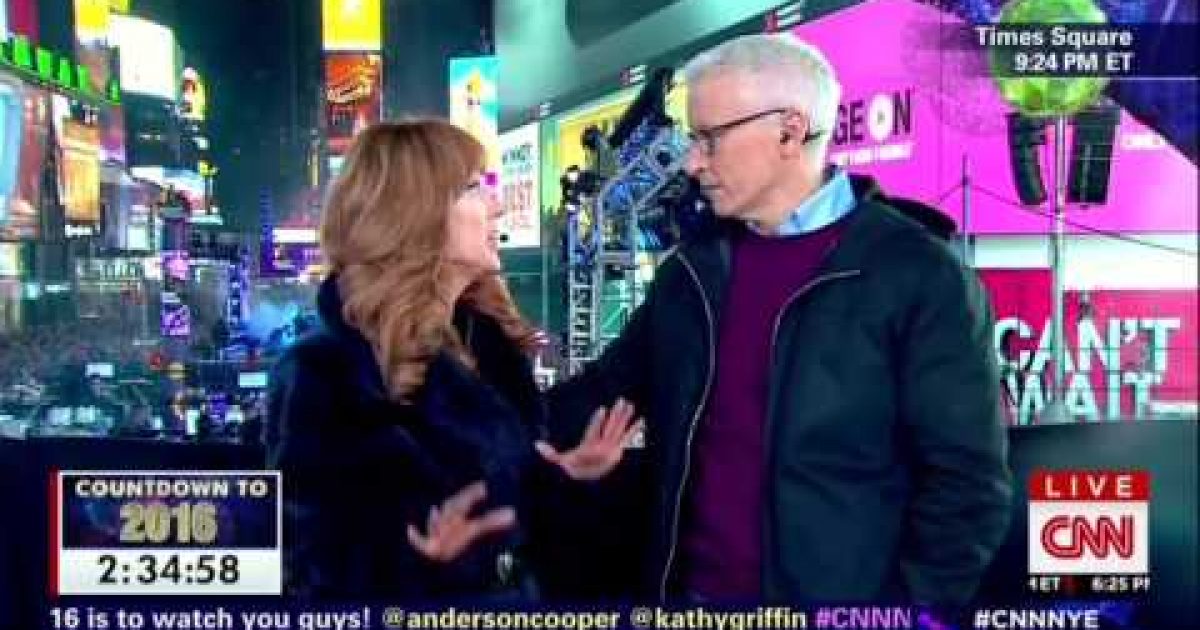 On Dec. 22nd, Don Lemon tried to be the great protector of womanhood by cutting off Kurt Schlichter’s mike and ending a segment because the conservative columnist believed former president Bubba Clinton’s sexual offenses were an issue in his wife’s race for POTUS. But on Dec. 31st he was on CNN telling Kathy Griffin blurting out that she had a “nice rack.’

When Schlichter was on with Lemon, he tried to make the case that (although he is not a Trump fan), the billionaire was correct to bring up the ex-president’s conduct in response to Hillary’s attacks and her “vote for me I have a vagina”campaign comments.  Hillary’s hypocrisy was that she enabled Bubba’s misogyny. Each each woman who stepped up to tell their tale, was branded by Hillary as a fraud and liar.

On CNN’s New Year’s Eve broadcast, Don Lemon demonstrated that like former President Clinton, he had a misogynistic streak. The NY hosts of Anderson Cooper and Kathy Griffin cut to a split feed between New York, and Lemon with fellow CNN Anchor Brooke Baldwin, at a Party in New Orleans.

As the two played with drinks and beads, Lemon Started:

Lemon:Kathy tried to molest me, Anderson, in the green room. (Holds up picture of Griffin and him).

Griffin: That is so inappropriate.

Lemon: She has my — I have to say, Kathy, I have to say, nice rack. I didn’t know you had all of that (as he moves his hands signaling Griffin’s breast size)

At that point a shocked Brook Baldwin, takes a way Lemon’s drink, moves between Lemon and the camera, and goes to the other side of the room to conduct an interview.

Kathy Griffin is a comedian, and a raunchy one so she certainly wasn’t insulted by Lemon’s comment. And since she has been making off-color jokes during the CNN New Year’s show for years now, there was nothing wrong with his comment from that point of view.

The real issue hear is how can Lemon be the great defender of womanhood when talking to Kurt Schlichter on Dec. 22 and nine days later be Bubba Clinton-esqe by blurting out about Kathy Griffin’s breasts on air and embarrassing his female partner.