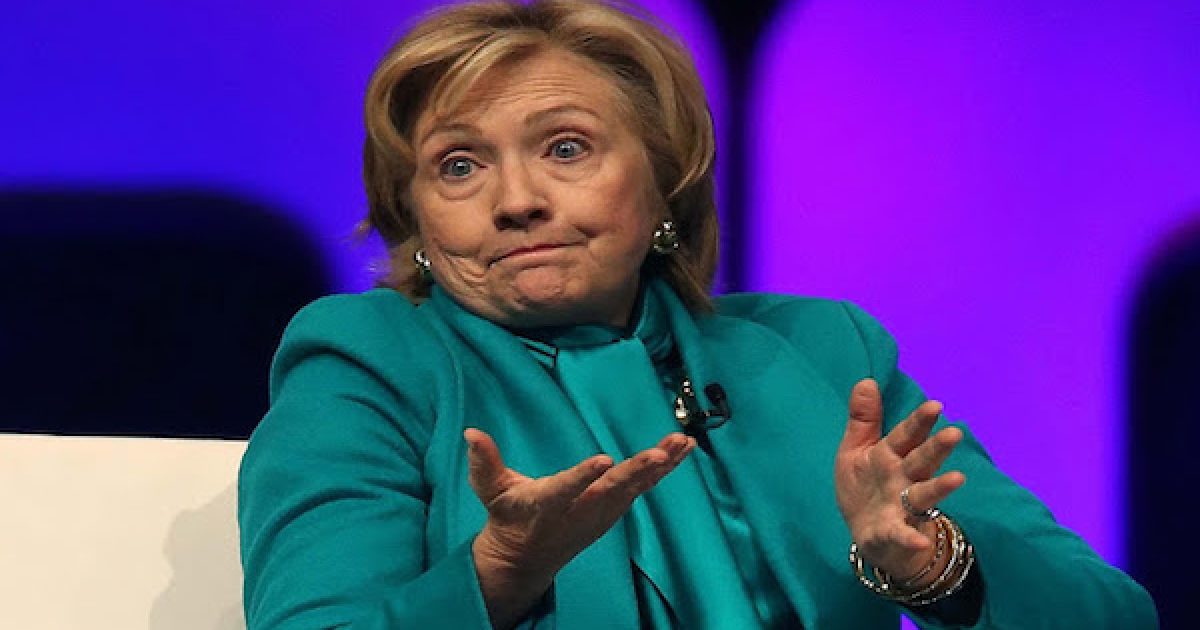 According to a Betsy Woodruff report in the Daily Beast, Jeff Sessions’ DOJ is taking a new look at Hillary Clinton’s use of a private email server and her handling of classified information while she ran the state department for Barack Obama. Also being reviewed is the way the initial investigation was handled.

Officials’ questions include how much classified information was sent over Clinton’s server; who put that information into an unclassified environment, and how; and which investigators knew about these matters and when.

The source also said the DOJ is looking into the immunity agreements that Clinton aides may have made.

Other officials Woodruff spoke to contend that the President’s statement and tweets about reopening the investigation and especially his recent tweet about tossing Huma Abedin into the pokey have put the Justice Dept. between a rock and a hard place. “They need to looking into the matter in a way consistent with normal Justice Department approaches, avoid the appearance that they are trying ‘to put Huma in jail.'”

According to the Daily Beast sources, the DOJ had started its investigation into the Hillary emails and her handling of classified information way before last weeks release to Judicial Watch of Huma Abedin emails residing on Anthony Weiner’s computer. Some of those emails contained classified information.

Stephen Boyd, who heads the Justice Department’s Office of Legislative Affairs, appeared to hint at the department’s interest in Clinton’s emails in a letter to House Judiciary Committee Chairman Bob Goodlatte on Nov. 13. In the letter, Boyd wrote that that Sessions “directed senior federal prosecutors to evaluate certain issues” the chairman was concerned about. He also wrote that those prosecutors would “make recommendations as to whether any matters not currently under investigation should be opened,” and that they would send those recommendations directly to the attorney general and his top deputy, Rod Rosenstein.

“People should be encouraged that the new leadership at the Justice Department is actually interested in a nonpartisan, above-board Justice Department that treats every citizen equally,” he said. “And we can hope that this means they are dedicating themselves to cleaning up the Justice Department and the FBI, sanctioning any FBI agents or DOJ lawyers who are found to have violated their ethical and legal responsibilities, and restoring the trust of the American people.”

“It’s about time they’re doing a review of this whole mess,” he added.

Woodruff also spoke to many on Team Clinton who universally slammed the new investigation calling it an abuse of power and/or an attempt to misdirect the public away from the Russia investigation. But they are ignoring the fact that James Comey’s infamous July 2016 speech about not prosecuting Hillary raised more questions than it answered.  He didn’t clear Ms. Clinton:

Although there is evidence of potential violations of the statutes regarding the handling of classified information, our judgment is that no reasonable prosecutor would bring such a case.

His conclusion was that Clinton broke the law but didn’t show intent. But to prosecute the mishandling of classified information intent is not needed. As explained by Andrew McCarthy at NRO

In essence, in order to give Mrs. Clinton a pass, the FBI rewrote the statute, inserting an intent element that Congress did not require. The added intent element, moreover, makes no sense: The point of having a statute that criminalizes gross negligence is to underscore that government officials have a special obligation to safeguard national defense secrets; when they fail to carry out that obligation due to gross negligence, they are guilty of serious wrongdoing. The lack of intent to harm our country is irrelevant. People never intend the bad things that happen due to gross negligence.

Because of James Comey’s malfeasance, not only the above but other examples like writing the speech clearing Clinton months before the investigation concluded,  and the recent revelations regarding suspicious activities by some of the FBI investigators on the Hillary case, there are too many questions about the veracity of the Clinton investigation.

The Attorney General is not the President’s lawyer but he serves the American people. The DOJ investigation reported by Ms. Woodruff is not for the president but for an American people who have a growing suspicion that Hillary Clinton was given the preferential treatment they wouldn’t have received in a similar situation. Despite the protestations of team Clinton and other liberals, the American people deserve a fair investigation of the matter and an answer one way or another. THAT (hopefully) is what the DOJ is doing.