Does Chris Matthews Know He’s Lying or Does He Need To Read The Declaration Of Independence? 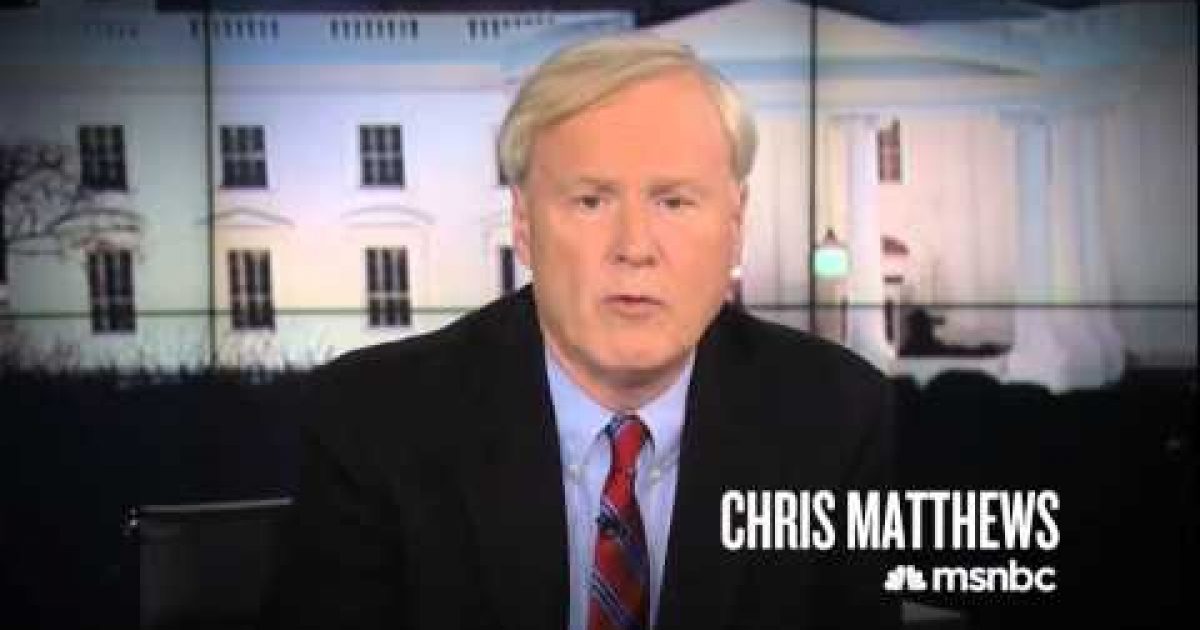 One cannot report on the media without watching it.  Therefore as part of my job at TruthRevolt I watch a fair amount of MSNBC.  The experience sometimes makes me want to send a shoe through the TV in my office.  Most of the hosts from 5:00AM-4:00PM do not attempt to be fair.

Beyond the supposed news content there is a commercial played all day long which is so false it is absurd.  It stars, of course, MSNBC’s number one guy Chris Matthews walking through Independence Hall in Philadelphia.

Matthews starts the spot by talking about Thomas Paine an immigrant who wrote Common Sense.  Problem #1 at the time of the revolution the 13 colonies were part of UK. Payne was born in Thetford, United Kingdom. Which means he wasn’t an immigrant.  He moved from one part of the country to another, just as if someone moved from NY to California.

Next he calls the American Revolution “Progressive Change,” which means he has been reading a bit too much Charles Beard:

Inspired by the overall work on American history of Charles A. Beard, the Progressives also posed a contrast to the constitutional or philosophic American motivations asserted by the older historians: namely, economic motivation and class interests. In short, the American leaders, in particular the wealthy merchants, struggled on behalf of their economic interests, against British restrictions and tax levies.

But when a long train of abuses and usurpations, pursuing invariably the same Object evinces a design to reduce them under absolute Despotism, it is their right, it is their duty, to throw off such Government, and to provide new Guards for their future security.–Such has been the patient sufferance of these Colonies; and such is now the necessity which constrains them to alter their former Systems of Government. The history of the present King of Great Britain is a history of repeated injuries and usurpations, all having in direct object the establishment of an absolute Tyranny over these States. To prove this, let Facts be submitted to a candid world.

And he follows up with a list of wrongs committed by the King.

Based on what Jefferson wrote in the Declaration of Independence,  the American Revolution was a conservative movement.  The colonies were looking to throw off government control (the King) and give more freedom to the individuals.   The “rebels” wanted to restore their God-given rights eroded by the encroachment of a British government intent on exploiting the colonies for economic gain.

That is not “progressive change.” But on the bright side he didn’t call the founders a bunch of racists.

Watch the full 30 second commercial below.