Does Ben Carson Believe In The U.S. Constitution? 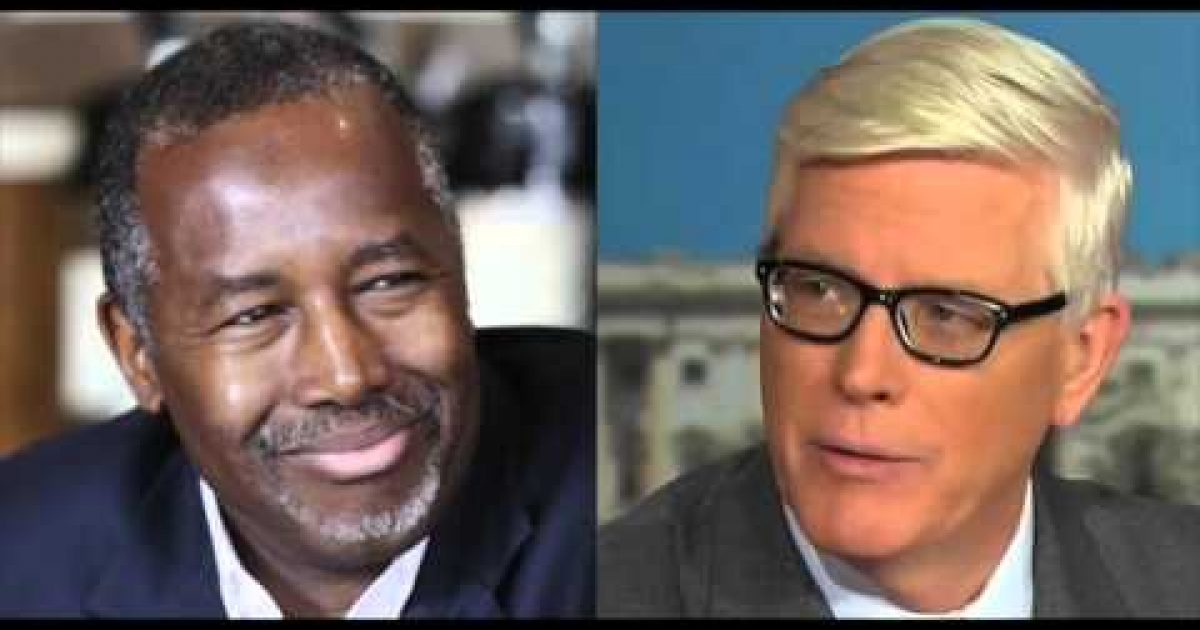 GOP presidential candidate Dr Ben Carson was a guest on the Hugh Hewitt Radio Show Thursday and one of the issues they discussed was Carson’s recent contention that a potential Muslim candidate should renounce Sharia Law before being eligible to become president. In the Hewitt interview Dr. Carson added judges to his list of people who should get a religious test before they are put in office. Carson’s assertion that presidents and judges should be prequalified before being considered for office is a violation of Article VI of the U.S. Constitution.

After discussing his comments about a Muslim running for President, Hewitt asked about the Court (audio of segment is embedded below):

Hewitt: Now here comes the harder question. If Muslim is nominated to the Supreme Court of the United State, or to a federal appeals court, or a federal district court, how would you think the questioning ought to go, given Article 6 prohibition on religious tests, but also given the standard that you just articulated? How ought the nominee to be questioned to see if they meet your standard?

Carson: Well, again, I were the one nominating such a person, I would spend a good deal of time looking at their background, and seeing if it is consistent with the kinds of standards that we expect from such a position. I would take that into account much more than what they have to say. And that’s what’s been part of the problem, I think, with some of the selections. You know, we listen to what they say, and not what they have done.

Hewitt: So would you be open to appointing a Muslim to the Supreme Court?

Carson: To appointing who?

Hewitt: Appointing a Muslim to the United States Supreme Court if you were president.

Carson: I wouldn’t have a problem with that. Again, you know, it’s not being a Muslim. It’s a matter of whether one is willing to accept the principles and values of America and our Constitution.

Hewitt: I get that.

Carson:If they want to put their lifestyle, which you know, Islam, which incorporates Sharia, is a lifestyle. If they clearly have rejected that, will do that publicly, and their life has manifested that, then there’s no inconsistency whatsoever.

Carson: Well, I think if we’re talking about a whole different way of life, which includes Sharia, we obviously want to make sure that if a person comes from a background where that is likely to be their belief system, and it’s more than just a religion, it’s a political aspect and a whole style of living, if that is the case, obviously we need to know about that.

Hewitt: Now I’m looking at the biography of Abdul Kallon, who was sworn in as a federal judge in Birmingham, Alabama. He went to Dartmouth, I think, an that’s pretty sketchy, if you ask me. But put the Dartmouth thing aside. He also went to the University of Pennsylvania Law School, and that’s a great law school. But it doesn’t tell me anything about whether or not he goes to mosque, or whether he’s Sunni or Shia. It doesn’t tell me anything about that, and in the past, we’ve never inquired. Does Dr. Carson think we need to inquire?

Carson: I think we have to use common sense. You know, that solves a lot of the problems right there, if we use common sense, which seems to be pretty uncommon these days.

The problem with Carson’s words is that the third paragraph of Article VI of the U.S. Constitution reads:

The Senators and Representatives before mentioned, and the members of the several state legislatures, and all executive and judicial officers, both of the United States and of the several states, shall be bound by oath or affirmation, to support this Constitution; but no religious test shall ever be required as a qualification to any office or public trust under the United States.

In other words every candidate for a federal office must promise to support the constitution,  but religion has to stay out of it.

I am fully aware of the issues surrounding people who follow the radical versions of Sharia and Carson is correct i warning about the hatred and bigotry inherent in Sharia Law, however according to the U.S. Constitution no one can be forced to renounce any part of their faith before being qualified for office, whether they adhere to it or not.

That doesn’t mean individual Senators can’t think about it when deciding to approve a presidential appointment, nor does it mean that someone can’t be impeached for rulings that violate the Constitution it just means that no one can be asked about which parts of their faith do they adhere to.  If one believes in the Constitution they should believe in the entire constitution (or propose an amendment) but it seems as if Dr. Carson is talking about cherry-picking the parts of the constitution he wants to follow.