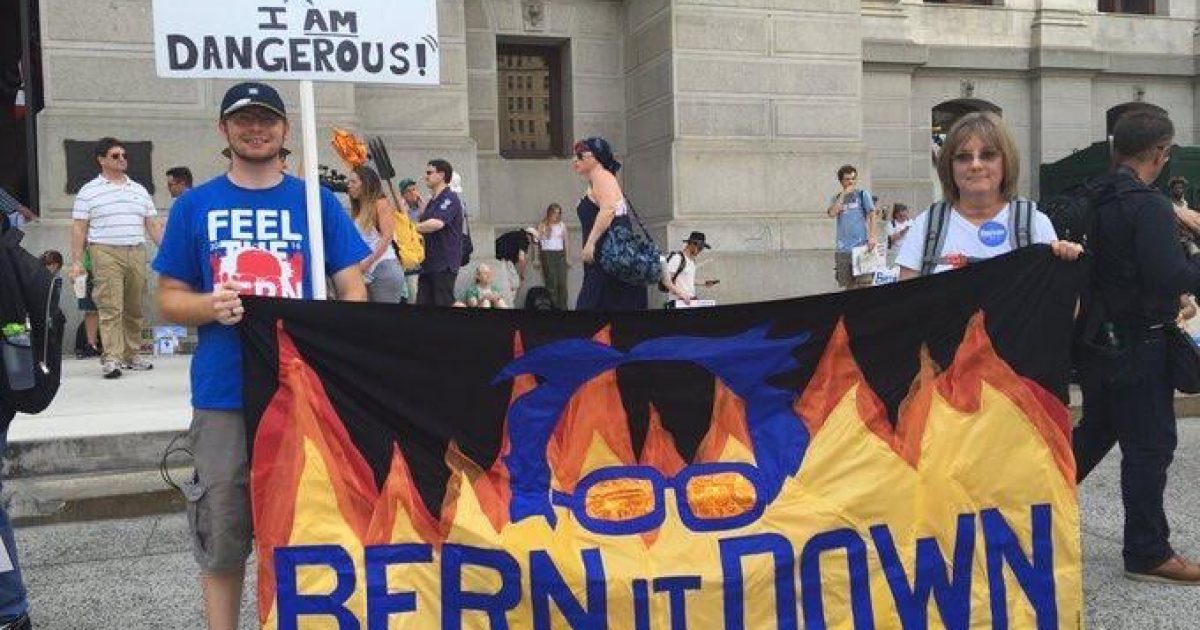 In the wake of the Anonymous-leaked DNC email scandal Democratic Party protesters took to the streets of Philadelphia to protest what they advocate is a rigged and corrupt system. Their signs and protest costumes are classic. Not to mention the drum beating and chanting to “Lock Her Up!”

Bernie supporters chanted: “Lock Her Up!”

Below are a few pictures shared on Twitter from anti-Hillary and anti-DNC protesters in Philadelphia.