That's Why It's Called Fake News. 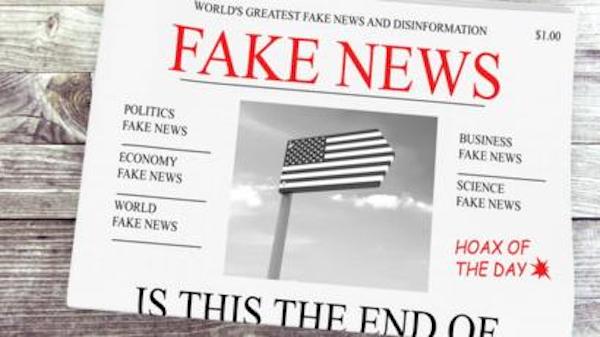 A new Rasmussen Survey released Thursday is more bad news for the national news media looking to bolster their credibility. This new poll revealed, “just 30% of likely U.S. Voters trust the political news they are getting.”

The distrust is led by Republicans and independents.

Sixty-two percent (62%) of Republicans and 60% of voters not affiliated with either major political party do not trust the political news they are getting. Democrats by a 44% to 38% margin do trust that news.

Even worse, Rasmussen found, “Just 10% of voters think most reporters are trying to help Trump pass his agenda when they write or talk about the president. Forty-four percent (44%) believe instead that most are trying to block Trump’s agenda, although that’s down from a high of 51% in August of last year.”

In other words, a plurality of voters thinks the media is biased, at least when it comes to reporting about President Donald Trump. While the president may annoy people, including his supporters some of the time, more people believe he’s not getting a fair shake. That’s because he isn’t.

That perceived bias may be creeping into stories covering the release of former national security advisor John Bolton’s new book. Most of the reports include Bolton’s salacious claim of an alleged conversation that President Trump and with Chinese President Xi Jinping, supposedly asking for help with Trump’s 2020 reelection bid. Both U.S. Trade Representative Robert Lighthizer and former White House Chief of Staff Mick Mulvaney were in the meeting and claim that conversation never happened. Bolton also claims that President Trump makes his decisions based on what will help his election bid. Strange how none of the reporters ask Bolton how shutting down the economy to save people from catching china virus fits in with that claim.

Many in the leftist media are upset that Bolton refused to testify in the bogus impeachment trial but wrote it all in the book. They, of course, are ignoring the obvious if he testified before congress Bolton would have been under oath.  By making up stories in a book, the former National Security Adviser doesn’t have to worry about perjury.