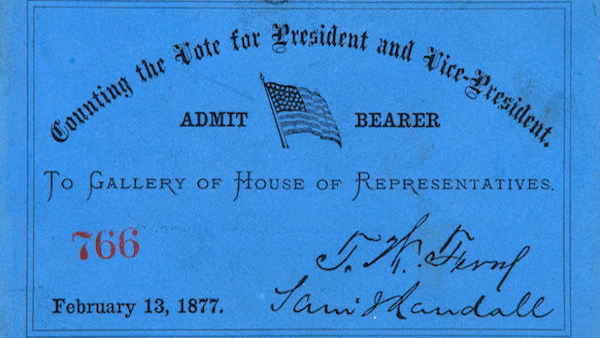 Some are calling the 2020 Presidential election the Hanukkah election. Their rationale is there the votes cast should have taken no more than one week to count.  But by some miracle, the counting will last for eight weeks.  Why so long? Many states’ results are disputed because of possible voter fraud, ballot miscounts, last-minute election rule changes, etc. The mainstream media and the Democrats claim that these disputes about presidential elections is an unprecedented occurrence  —they’re not. disputed presidential election

In 2016 I had the joy of reading a great book on the subject called Tainted by Suspicion: The Secret Deals and Electoral Chaos of Disputed Presidential Elections.”  Written by Fred Lucas, who is now the chief national affairs correspondent for The Daily Signal. The book examines some of the rigged/contested presidential elections in American History. It is a book I enjoyed and recommend to 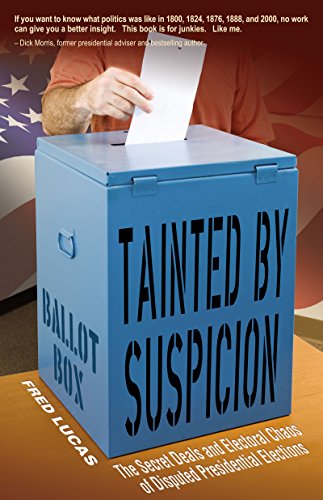 When the book was published, Fred wrote the guest post below, which speaks to some of the other “rigged” presidential elections. You will find that Donald Trump’s charges are not as unique as you are being told:

Donald Trump is not the first candidate to say a presidential election was “rigged.”

People were up in even more of a lather in previous elections. Four times in the United States history, it wasn’t the voters, or even presidential electors, that chose the president. Rather, it was a separate branch of government. I write about these in my book, “Tainted by Suspicion: The Secret Deals and Electoral Chaos of Disputed Presidential Elections.”

In the nation’s history, four candidates who lost the popular vote became president, but there was by no means anything illegal about it. The Electoral College decides the presidency, not the popular vote. Until the Constitution is amended, it will remain that way. There is an effort among some states to undermine the Electoral College by agreeing to have their electors vote for whoever won the national popular vote. While this might not honor the voters’ wishes in their own state, state legislatures have the right to apportion electors however they wish. Other states have debated proportional awarding of electoral votes—as Maine and Nebraska already have. But again, it’s up to the states.

It should be noted that of the four presidents to emerge from these odd situations—Thomas Jefferson, John Quincy Adams, Rutherford B. Hayes, and George W. Bush—there were no claims that Jefferson was selected rather than elected. 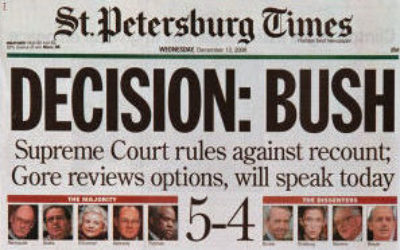 For most, 2000 is the frame of reference. But a majority was able to accept the Supreme Court’s verdict in Bush v. Gore, even though many Democrats take it as an article of faith they were robbed in Florida. But other examples are more profound. Two elections could have led to war.

Democrats, such as newspaper barons Joseph Pulitzer and Henry Watterson, talked about leading 100,000 armed men into Washington if their nominee Samuel Tilden didn’t win the presidency. It was actually talk, but Democrats and their media allies did spend the next four years calling President Rutherford B. Hayes, Rutherfraud. In reality, 1876 was a presidential election the Democrats stole, the Republicans stole back, and like 2000, Florida was in dispute.

The election controversy came at a very touchy time for the country, just 11 years after the Civil War ended. America could have been pushed to war again had some of the rowdier voices prevailed.

Similarly, after the 1800 Electoral College tie with Thomas Jefferson and his running mate Aaron Burr, the lame-duck Federalist Congress considered installing Burr as president. Jefferson supporters were threatening armed rebellion. But, in the end, the country went through the first peaceful transfer of power, and Burr, of course, became disgraced on multiple other fronts. The infant country was at a delicate stage at this time, and there were legitimate fears about a French Revolution-style ideology spreading.

For all the wailing about how divided the country is along partisan and ideological lines today, we should ask: compared to when? Compared to the 1960s? Compared to the 1860s? Compared to when a sitting vice president would gun down a former treasury secretary in a duel? The story of the campaigns that went down to the wire a lso tells us that America is more than able to survive internal political tensions and unite. 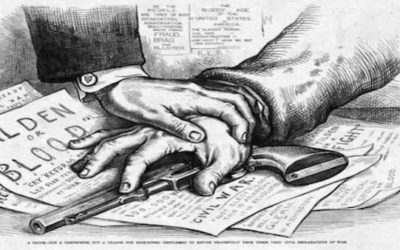 The other elections, 1824 and 2000, didn’t come close to armed conflict. But after 1824, John Quincy Adams had a stillborn presidency, dogged by the alleged “corrupt bargain” with Henry Clay. Further, 1824 most closely resembles the Trump-Clinton election in 2016. It was the ultimate political insider, Adams, versus the in-your-face, sometimes foul-mouthed, politically incorrect outsider, Andrew Jackson. Jackson won a plurality but not a majority of both the popular and electoral votes, but lost the presidency.

And there were elections with suspicious results but were never strongly challenged. 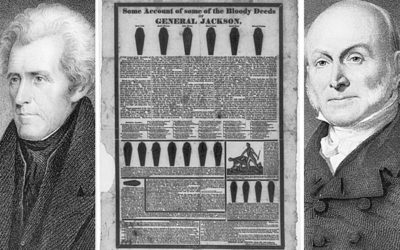 “I told him that the Department of Justice was investigating this,” DeLoach recalled to the Washington Post. “I referred him to the attorney general.” 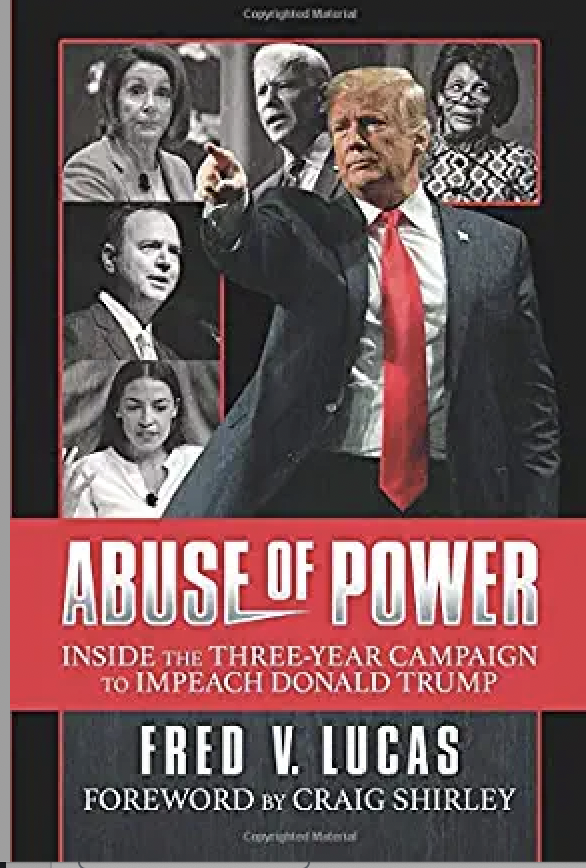 Think about 2020. Close results in key swing states are being disputed, the Democratic Party-controlled mainstream media is taking sides, some believe the political conflict may lead to another civil war,  and there was even a corrupt bargain–between Georgia Secretary of State Brad Raffensperger and failed Governortarial candidate Stacey Abrams. The 2020 election confirms that old proverb “people who forget the past are doomed to repeat it.” Folks, what America is going through today has all happened before, only this time it’s happening all at once.

For more on Presidential election disputes, I strongly recommend Tainted by Suspicion: The Secret Deals and Electoral Chaos of Disputed Presidential Elections. It’s a compelling read, And when you are done with that book–Fred Lucas has a new one, Abuse of Power: Inside The Three-Year Campaign to Impeach Donald Trump. You can read Fred more frequently (as I do) at the Daily Signal.