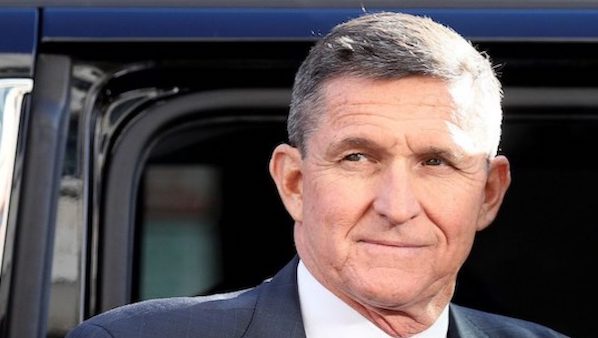 A federal appeals court on Wednesday ordered Judge Emmet Sullivan to dismiss the case against former Trump national security adviser Michael Flynn (the full ruling is embedded at bottom of the post). The bottom line of the ruling, is enough is enough, stop trying to do the executive branch’s job, Judge Sullivan end it now! Or in legal talk, “Flynn’s petition for a writ of mandamus be granted in part; the District Court is directed to grant the government’s … motion to dismiss; and the District Court’s order appointing an amicus is hereby vacated as moot, in accordance with the opinion of the court filed herein this date.”

It was a 2-1 opinion with the sole Obama appointed judge objecting.

Judge Neomi Rao, wrote in the majority opinion which said in part:

“In this case, the district court’s actions will result in specific harms to the exercise of the Executive Branch’s exclusive prosecutorial power,”

If evidence comes to light calling into question the integrity or purpose of an underlying criminal investigation, the Executive Branch must have the authority to decide that further prosecution is not in the interest of justice,” Rao added.

In early May, The Justice Department dropped the bogus criminal case against President Donald Trump’s first national security adviser, Michael Flynn. The announcement came in a court filing, with the department saying it is dropping the case “”after a considered review of all the facts and circumstances of this case, including newly discovered and disclosed information.””

Flynn filed to withdraw his guilty plea, as the truth about the case against him, that it was a setup, and he was squeezed by the FBI’s’s threat to throw his son in Jail.

Both the prosecution and the defendant wanted the charges dropped. But the Judge in the case Emmet Sullivan, who called Flynn a traitor during the initial proceedings, wanted the case to continue. He hired John Gleeson, a retired judge, and former mafia prosecutor, to argue against the Justice Department’s decision.

In Neomi Rao’s ruling to drop the case, she blasted that hiring saying that Judge Sullivan went beyond his role as a judge:

The first troubling indication of the district court’s mistaken understanding of its role in ruling on an unopposed. Rule 48(a) motion was the appointment of John Gleeson to “present arguments in opposition to the government’s Motion.”

Order Appointing Amicus Curiae, No. 1:17-cr-232, ECF No. 205, at 1 (May 13, 2020) (emphasis added). Whatever the extent of the district court’s “narrow” role under Rule 48(a), see Fokker Servs., 818 F.3d at 742, that role does not include designating an advocate to defend Flynn’s continued prosecution. The district court’s order put two “coequal branches of the Government … on a collision course.” Cheney, 542 U.S. at 389. The district court chose an amicus who had publicly advocated for a full adversarial process. Based on the record before us, the contemplated hearing could require the government to defend its charging decision on two fronts— answering the district court’s inquiries as well as combatting Gleeson’s arguments. Moreover, the district court’s invitation to members of the general public to appear as amici suggests anything but a circumscribed review.

She also criticized Gleeson’s report itself, saying he relied on “news stories, tweets, and other facts outside the record to contrast the government’s grounds for dismissal. The opinion said that if accepted Gleeson report would open up the door to require the DOJ to justify “past or pending cases cited in Gleeson’s brief.”

The opinion also said the DOJ should have to right to fix its mistakes:

Finally, each of our three coequal branches should be encouraged to self-correct when it errs. If evidence comes to light calling into question the integrity or purpose of an underlying criminal investigation, the Executive Branch must have the authority to decide that further prosecution is not in the interest of justice.2 As the Supreme Court has explained, “the capacity of prosecutorial discretion to provide individualized justice is firmly entrenched in American law. …

The news reports will say the ruling was a victory for the Department of Justice or President Trump, but that isn’t the real story. The appeals court ruling telling the biased Judge Sullivan should order the Flynn case to be dropped is a victory for justice because the Mueller case against Flynn and Judge Sullivan’s anti-Flynn bias was a miscarriage of Justice.

Congratulations to General Flynn who spent most of his life serving this country but got screwed by a deep state attempt to overturn the election.

Ed Morrisey has much more on Wednesday’s ruling at Hot Air. I suggest you go here and give it a read.