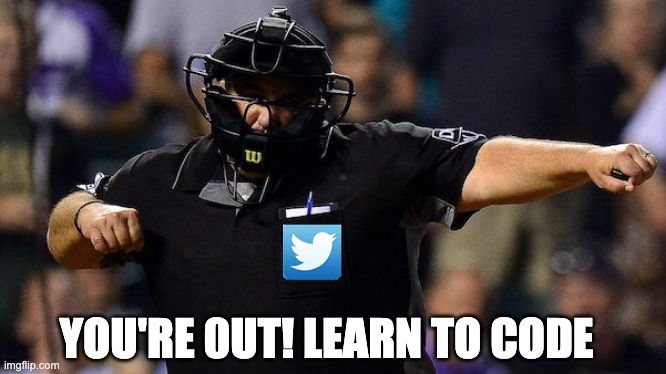 In January 2019, the online media industry saw many journalists laid off. The laid-off folks tried to use Twitter as a tool to find new jobs. May of their friends sent tweets of comfort to the laid-off. Somewhere in the middle of those tweets, a new tradition arose. Some people who were unhappy with the writers’ bias and/or the vehicle they wrote for tweeted a short, condescending message, “learn to code.”

On Friday, 10/4, new Twitter owner Elon Musk fired about half of its workforce of 7,500 people. Many were upset that the move was made only four days before the mid-term elections.

Elon Musk has now purged roughly half of Twitter’s 7,500 employee base, leaving whole teams totally or near completely gutted, including those tasked with defending against election misinformation ahead of the US midterms next week,

The  Verge is a left-leaning tech website making one wonder what they would consider “misinformation.” Based on Musk’s tweets about the layoffs, the staff reduction had nothing to do with the midterms:

Regarding Twitter’s reduction in force, unfortunately there is no choice when the company is losing over $4M/day.

Everyone exited was offered 3 months of severance, which is 50% more than legally required.

Twitter has had a massive drop in revenue, due to activist groups pressuring advertisers, even though nothing has changed with content moderation and we did everything we could to appease the activists.

In fact, we have actually seen hateful speech at times this week decline *below* our prior norms, contrary to what you may read in the press.

If the pre-election timing was done on purpose, it reflects a different approach than Facebook. Instead of firing half, of its staff before an election, Facebook blocks the accounts of half of the conservative users of their platform.

On Friday evening, Yoel Roth, the Head of Safety & Integrity at the company, tweeted that cuts in his group were much lighter — only 15% — compared to the 50% headcount reduction across the wider organization. “Our core moderation capabilities remain in place,” Roth said, adding that “our efforts on election integrity — including harmful misinformation that can suppress the vote and combatting state-backed information operations — remain a top priority.”

There was one more question that needed to be answered on layoff day. Elon Musk is a very creative person. I wonder if he found a unique method of telling people they were unemployed. One of the laid-off people explained it to me. Twitter did issue creative pink slips, but they were as shocking as they were creative. 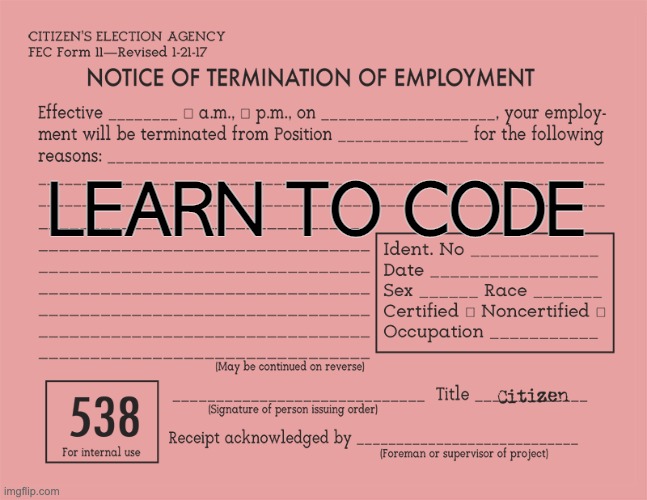