Did Chris Matthews Wake Up on The Wrong Side of The Padded Room? Says Dick Cheney Created ISIS in 1990 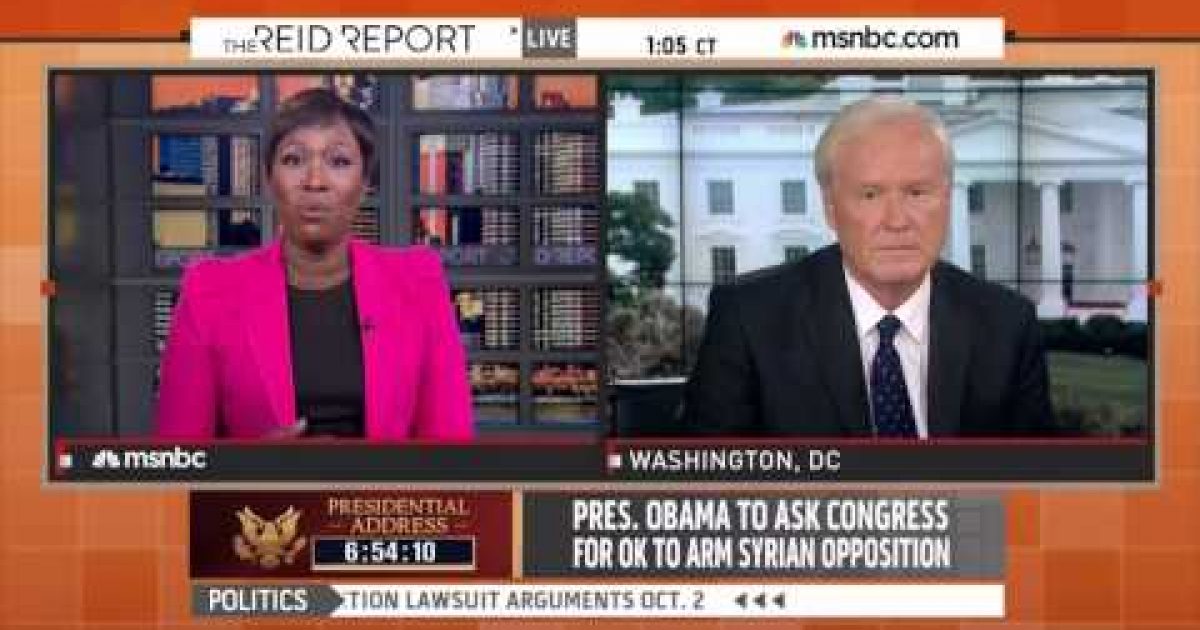 Facebook Twitter Flipboard
As Matthews previewed President Obama’s speech on Wednesday’s Reid Report, blaming the creation of ISIS on Dick Cheney putting troops in the Muslim city of Mecca in 1990, and blamed the call for action against ISIS on: ISIS ingenuity, American’s visceral reaction to seeing their countrymen being beheaded, and, of course, those nefarious neocons.

In the video of the segment below Matthews looks as though the strain of defending the failed Obama administration is really taking its toll. He seems to be losing it a little or at the very least he looks as though he woke up on the wrong side of the padded room that morning. At the very least the guy needs to switch to decaf.

Matthews’ first rant provided an interesting view of history: he claimed putting troops in Mecca in 1990 created al Qaeda; going into Iraq and kicking out the Sunnis created ISIS; the U.S. started bombing ISIS, ISIS cut off the heads of Americans. Everything, according to Matthews, began with Dick Cheney in 1990:

Matthews: Well, you and I understand that both are true. One is there is a gut visceral reaction to seeing fellow Americans having their head chopped off. Everybody can imagine having their heads chopped off. And they’re thinking about that. The other guys on ISIS knew what they were doing. They were enraging us, humiliating us, getting us to do something, so we’re gonna react. And when we do something tonight after the President gives his speech, they will react. This has been a chain reaction since we put troops in Saudi Arabia, the holy land of Mecca; tens of thousands of troops back there in 1990 because Dick Cheney told us to do that. He talked the royal family into letting us desecrate the holy land. Out of that comes al Qaeda. Then we go into Iraq according to Dick Cheney and Bush W. We knock out the Iraq government; throw the Sunnis out, de-baathitize. They become ISIS. These steps taken by both sides lead to the next step–we attack by air against ISIS, they behead our people. So the President tonight will talk about a number of steps and they will probably be essential or necessary, they will certainly be popular. The question is, what will the reaction to that be? And what will our reaction to that be? This will continue as it has since 1990.

Host Joy Reid followed by asking Matthews about Cheney, who, (quoting Harry Reid) “is more responsible than anyone else for the worst foreign policy disaster in the history of the country.” Reid was talking about the Iraq War, something he voted for. Some might disagree with the two Reids, pointing out that this President’s negligence in negotiating a minimal force in Iraq might be the biggest disaster, as it gave away the victory that was earned in the country.

Matthews contended that those neocons have come out of hiding just because they are salivating for another war. He forgets that they were never in hiding. Except for the time Cheney was getting a heart transplant, the former Vice President has been a thorn in the side of the Obama Administration ever since they took office in 2009. As far as one of Matthews’ other targets, Bill Kristol, he continues to edit the Weekly Standard and never stopped providing his views as a guest on cable news.

Reid:That’s the point, you and I definitely agree on that, because we have this sense there’s this great military action that our military can make a change in the Middle East, that they haven’t been able to do for generations. You mentioned Dick Cheney. He’s back on the hill, talking with lawmakers, talking with Republicans. Harry Reid, very skeptical of that, saying he thinks lawmakers need to be careful taking advice from the ultimate neocon, of whom he said is more responsible than anyone else for the worst foreign policy disaster in the history of the country. Is it alarming, I guess, people are still listening to this guy on Capitol Hill, at the same time?

Matthews: All these neocons have come out from undercover. They hid for a while during when the Iraq war broke bad. I mean Robert Kagan’s back on the front page of the review section of the Wall Street Journal this Saturday. Bill Kristol is on “Morning Joe” all the time popping up his head. Dick Cheney has come back from hiding. They’re all over the place now because here is their chance to escalate. Their answer to every problem is escalate. More firepower, more attacks, more Arabs dead on international television. And somehow out of that there’s gonna be an end to that. One thing we know how to do is escalate. We know how to do that. We know how to escalate in Kuwait and Saddam Hussein. We know how to escalate that. It led to al Qaeda. And then we go from 9/11, we go, oh, we can escalate that. Don’t go back just to get al Qaeda. Let’s go into Iraq. That will escalate it further. Now we’re going into Syria. Do we really think a bombing campaign of ISIS isn’t exactly what they wanted us to do when they started beheading our people? That’s what they want. They draw us into more warfare. This is tricky because even though I can analyze it sitting here, it’s easy to do what I’m doing, the hard thing is for the President to analyze it and also deal with the tremendous, visceral, gut reaction of Americans to the sight of Americans being beheaded which we declared in our polling to be the biggest news story in five years. Certainly, he’s reacting to that. We better be careful here. Don’t react all the time in the same mechanical way that’s expected by our enemy because they will come up with a new set of tricks.

Matthews’ position in the above seems to be we never should have stopped Saddam from taking over Kuwait; al Qaeda loved the Western world until we invaded Iraq in 2003; when ISIS threatened to invade the U.S. even before we started bombing they were just joking; the Yazidis who were starving and dying of thirst on top of a mountain surrounded by ISIS should have been allowed to die; and any reaction to the horrible murder of two Americans by ISIS is an overreaction. Those aren’t Matthews’ words but it is the result of not initiating any of the actions he criticized.