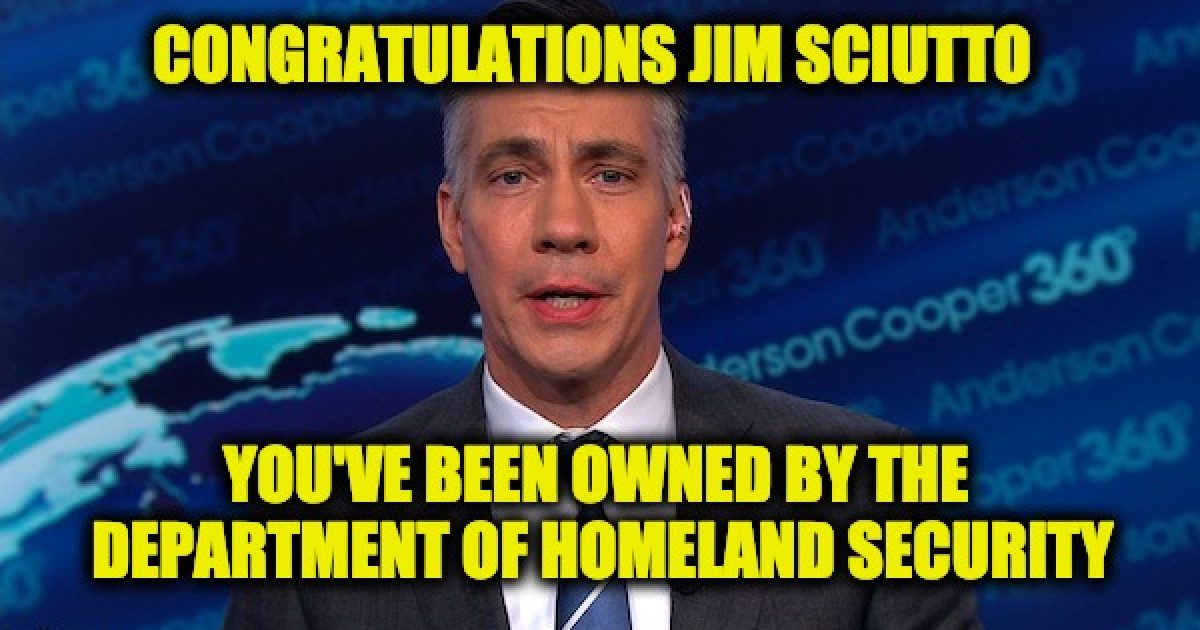 Why does CNN wonder why nobody believes anything they say or write or is it they just don’t care? Because their bias is nauseating. The cause the latest CNN embarrassment was Jim Sciutto making a fake claim about DHS without expecting DHS to correct him (but they did, very publicly).

“People are pouring into our country, including terrorists. We caught 10 terrorists over a short period of time,” Trump said.

CNN anchor Jim Sciutto asserted multiple times that Trump was incorrect, writing, “DHS did not provide evidence of a single terrorist caught at the southern border over the very last short period of time as the president claimed.” More

DHS had a logical reason for not providing the evidence—CNN never asked:

The president has now twice used the threat of terrorism to justify the wall. Facts supplied by DHS don’t back that up. https://t.co/N3XDabBPRO

We are happy to provide the facts — but you never reached out. In fact, DHS prevented 3,755 known or suspected terrorists from traveling to or entering the U.S. in FY 17. That's in addition to 17,526 criminals, 1,019 gang members, and 3,028 special interest aliens. #FactsFirst https://t.co/4naI8XOg9x

When you have a one-track mind and only interested in what will take down a president you don’t like, you put out reports like this out and hope that a lot of people believe your propaganda.

As one would expect the Twitterverse was on the side of the DHS. In fact, they seemed to relish the DHS smackdown.

Another example of CNN having their own ‘facts’. Thank you @SpoxDHS for clarifying. (Their viewership is so low, no one saw the report anyway.) pic.twitter.com/NZhK8oPYLF

Wow @jimsciutto you just got #owned by the @DHSgov spokesperson. pic.twitter.com/DTiE2J1ZDQ

The MSM doesn’t really want the truth. How long can the MSM not mention that one of the leaders of the migrant caravan Alfonso Guerrero Ulloa is a wanted terrorist?

In case you missed the story, Ulloa’s group trekked to the U.S. Consulate, where they presented a letter demanding the cool $50,000!