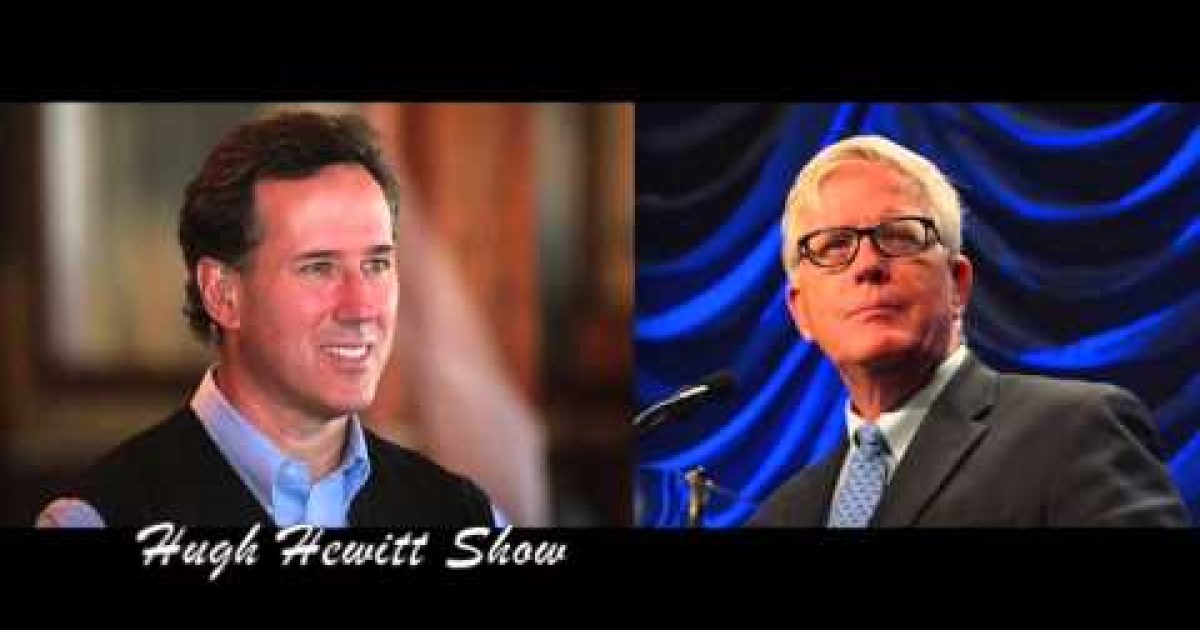 it’s sometimes very difficult to listen to the Pope and some of the things he says off the cuff, and this is one of them.

Pope Francis has won praise for the way he has made inroads to young and non-practicing Catholics. Sometimes his words can upset the devout practitioners, who take what he says literally instead of trying to understand the point he is trying to get across.

Such is the case of devout Catholic (and Presidential Candidate) Rick Santorum who was asked about the Pope on last night’s Hugh Hewitt Show.:


Santorum: Well, I mean, it’s sometimes very difficult to listen to the Pope and some of the things he says off the cuff, and this is one of them. And I just, I keep coming back to the Pope is the leader of the Catholic Church, and when he speaks as the leader of the Catholic Church, I’ll certainly pay attention. But when he speaks in interviews, he’s giving his own opinions, which I certainly will listen to, but from my perspective, that doesn’t reflect the idea that people shouldn’t be fruitful and multiply, and that people should be open to life as something that is a core value of the faith and of the Catholic Church. And I don’t know what the Pope was referring to there. Maybe he’s speaking to people in the third world, but the problem certainly in most of the Catholic world is not procreation. I mean, in Europe in particular, you have birth rates that are only over, just a little over one for every two people. So this isn’t a global problem, and I don’t know what the Pope was referring to.

Hewitt: And the timing is unfortunate. Tomorrow is the March for Life in Washington, D.C.

Hewitt:  And so I just, I don’t know what he was trying to spark, but it certainly does add to a lot of controversy and confusion. And I know what the left will say. They will say that he is about to lead the Church in a different direction on contraception.

Santorum: No, well look, the bottom line is that’s not going to happen. I don’t think anyone who seriously looks at this believes that it’s not possible to happen. I mean, the Pope is the Pope, but the Pope has a lot of other people around him who advise him. And you know, the most important thing is that as a Catholic, I believe he has the Holy Spirit, and the Holy Spirit isn’t going to let him make that kind of mistake.