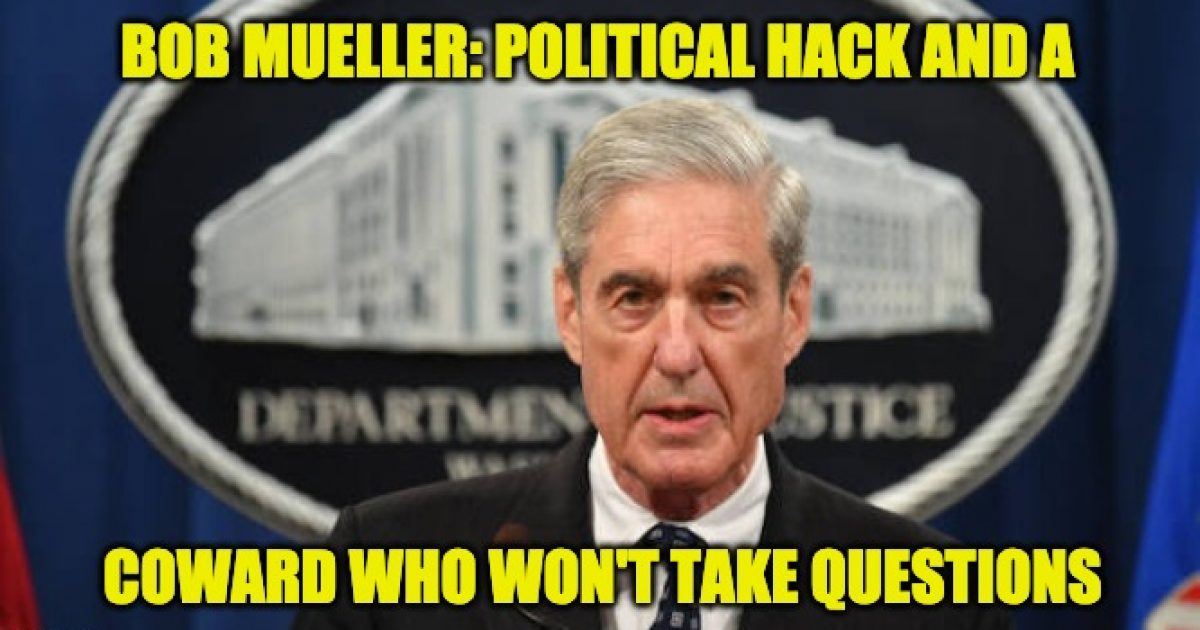 Respected attorney and former Harvard law professor Alan Dershowitz has objected to the entire Trump witch hunt from the beginning, as he did for the investigation of Hillary’s emails, but before today he never went after the investigators. However, after Mueller made his speech Comey-like speech today, Dershowitz let special prosecutor Robert Mueller have it, essentially calling him a partisan hack.

The attorney wrote an op-ed in The Hill accusing Mueller stepping beyond the bounds of his role and labeling his speech on Wednesday even worse than the infamous James Comey speech when he outlined all the crimes broken by Hillary Clinton and then said she couldn’t be charged. Dershowitz believed Muller’s words were worse because he went beyond what he laid out in his report:

Comey was universally criticized for going beyond his responsibility to state whether there was sufficient evidence to indict Clinton. Mueller, however, did even more. He went beyond the conclusion of his report and gave a political gift to Democrats in Congress who are seeking to institute impeachment proceedings against President Trump. By implying that President Trump might have committed obstruction of justice, Mueller effectively invited Democrats to institute impeachment proceedings. Obstruction of justice is a “high crime and misdemeanor” which, under the Constitution, authorizes impeachment and removal of the president.

Dershowitz went on to say that he never thought Mueller was a partisan until he spoke about the report on Wednesday. Borrowing an analogy used by AG Barr, he wrote that Mueller didn’t only put his thumb on the scale, but he put “his elbow, on the scale of justice in favor of impeachment based on obstruction of justice, Mueller has revealed his partisan bias. He also has distorted the critical role of a prosecutor in our justice system.”

That determination of guilt or innocence requires a full adversarial trial with a zealous defense attorney, vigorous cross-examination, exclusionary rules of evidence, and other due process safeguards. Such safeguards were not present in this investigation, and so the suggestion by Mueller that Trump might well be guilty deserves no credence. His statement, so inconsistent with his long history, will be used to partisan advantage by Democrats, especially all those radicals who are seeking impeachment.

No prosecutor should ever say or do anything for the purpose of helping one party or the other. I cannot imagine a plausible reason why Mueller went beyond his report and gratuitously suggested that President Trump might be guilty, except to help Democrats in Congress and to encourage impeachment talk and action. Shame on Mueller for abusing his position of trust and for allowing himself to be used for such partisan advantage

When the Mueller Report first was released, I was surprised because it seemed as if the team of Trump-haters put together to investigate the President actually tried to be fair.  As Alan Dershowitz implied, with his words today, Robert Mueller removed all doubt that he ran a partisan witch hunt that ignored the rule of law and was designed to overturn the results of the 2016 election.