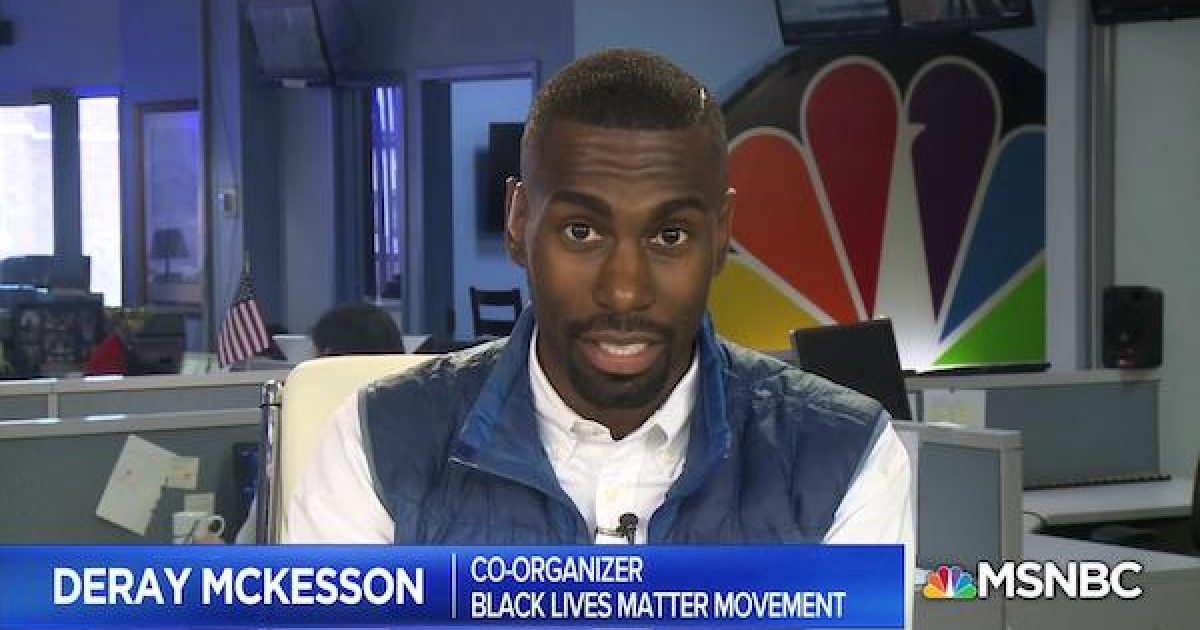 This is some good news. A court in Louisiana has ruled unanimously that an injured police officer can sue the violent, racist group Black Lives Matter and its mouthpiece, DeRay McKesson, for causing his injury with its rioting.

The three-judge panel of the U.S. Court of Appeals for the Fifth Circuit ruled at the end of last month that an injured Baton Rouge, Louisiana, the police officer has legal standing to sue Black Lives Matter agitator DeRay Mckesson for the July 2016, protest in which the officer was injured.

The court ruled that in his role as a national spokesman for the dangerous hate group, Mckesson can rightly be blamed for riling local citizens to launch a protest to block traffic on a BatonRouge highway.

The highway march was called to protest the death of black criminal Alton Sterling who was killed by police in Baton Rouge.

It was about 12:30 AM, July 5, 2016. Baton Rouge police had just received a “911” call about a large black male pulling a gun on someone in front of a convenience store. The man, Alton Sterling, was upset that this person objected to his selling bootleg CDs there. Sterling, who had a lengthy criminal rap sheet, also happened to be carrying a loaded .38 pistol in his pants. When two officers, both white, arrived on the scene, Sterling reacted aggressively, provoking a violent altercation. During the fracas, Sterling was observed reaching for his gun. In response, one or both officers shot him multiple times. Though rushed to the hospital, it was too late. Sterling had died. Bystander and police bodycam videos recorded the incident.

Radical activists across the country fumed. For days, Baton Rouge was the focal point of BLM anti-police rallies. Then, on July 17, things turned deadly. A black separatist from the Kansas City area named Gavin Long ambushed and shot six law enforcement officers. Long would be shot dead by a SWAT team, but not before three of the wounded officers – two white and one black – also died.

Finally, the protests led to July 9 when DeRay Mckesson swooped into Baton Rouge from Baltimore, Maryland, and began riling the locals to further protests. Mckesson led a crowd of rioters onto the highway. The riots led to property destruction, arrests, and the injury of the police officer.

The officer tried to sue Mckesson and Black Lives Matter, but an Obama-appointed judge threw the case out saying the officer had no standing. But the officer appealed the decision, and now he has been cleared to go ahead.

This is the correct decision, indeed. After all, no one would have been hurt if Mckesson and his terror outfit had not started riots. Political protests are legal and proper in America, but violent riots are NOT.