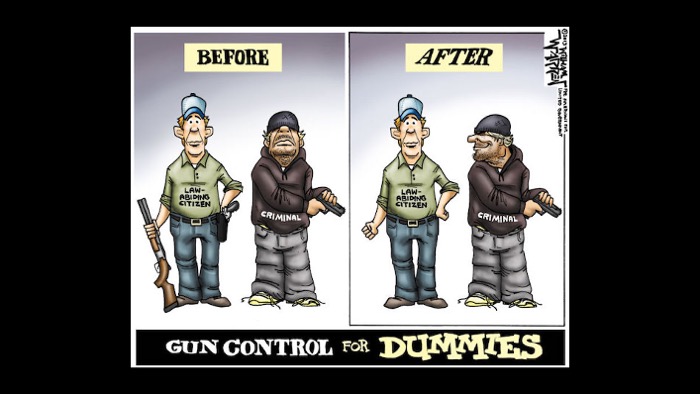 Yet another survey showing how out-of-touch Joe Biden is with the public was released Monday by Rasmussen Reports, and this poll also shows a majority of Democrats are on the wrong side of the sentiment.

According to Rasmussen, “While President Joe Biden has called on Congress to pass more gun control laws, most Americans believe stricter enforcement of existing laws would do more to reduce violent crime.”

The survey was conducted Jan. 30-31 among 1,000 American adults with a +/- 3-point margin of sampling error and a 95 percent confidence level.

Biden made headlines last week when he traveled to New York to push his gun control agenda. But by a 63-28 margin, American adults aren’t going along. The majority believes enforcement of existing gun laws will make more of a dent in violent crime than adopting a package of new restrictions.

To see where Democrats and the rest of Americans differ on gun policy, Rasmussen breaks down responses along party lines. The results are revealing.

“Sixty-three percent (63%) of Democrats believe the United States needs stricter gun control laws,” Rasmussen learned, “but that belief is shared by only 25% of Republicans and 37% of those not affiliated with either major party (Independents).

“Sixty-nine percent (69%) of Republicans, 28% of Democrats, and 53% of the unaffiliated say the country doesn’t need stricter gun laws,” the survey revealed.

Alan Gottlieb, founder and executive vice president of the Second Amendment Foundation, examined the poll results and observed, “Clearly, the American majority and Joe Biden are on different tracks. It is disappointing, but not surprising, that 63 percent of Democrats want stricter gun control laws, suggesting the party may be out of touch with the majority of Americans as well.”