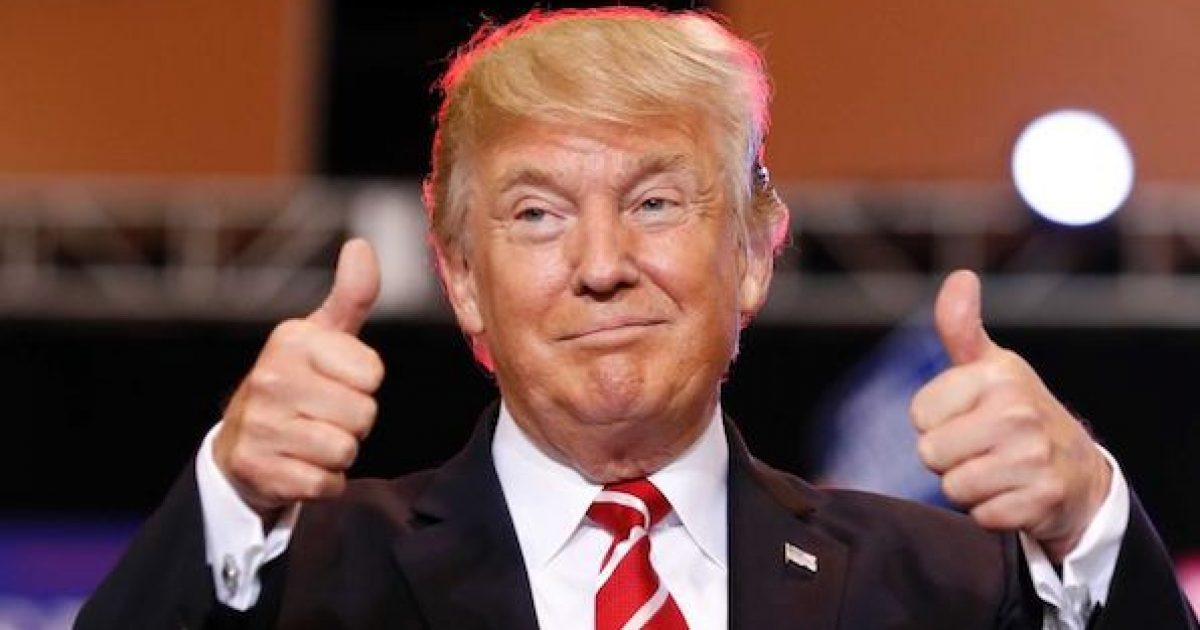 As the parties begin gearing up for this year’s midterm elections set to occur on the other side of the year from here, some Democrats are already shaken in their resolve. Trump’s approval ratings have begun to rise causing Democrats to also rise… to the edge of panic. You see, they were counting on Trump’s ratings to stay in the basement all year so that they could make the midterms all about Trump and thereby avoid having to talk about any issues at all. And because of the President’s success, the GOP’s generic ballot numbers have quickly recovered.

With the media telling Democrats they already have the election in the bag and that a “blue wave” is about to break over the electorate, the liberal party was all set to win without really trying. And they expected that Trump’s low approval ratings would allow them to make every last election across the fruited plain a referendum on Trump.

But, with his approval ratings rising, that puts the left’s base assumption about how to run the election in jeopardy.

According to a report by Morning Consult, Trump’s ratings are on the rise as Americans take stock of the growing economy. Clearly, the president is getting the credit for higher wages, numerous bonuses, growing businesses, and some of the lowest unemployment rates seen in many decades.

This credit comes despite the left’s outrageous claims that the growing U.S. economy is a result of Obama’s policies for supposedly “turning around Bush’s failed economy.” It appears that not a single person believes this line of liberal nonsense.

Yes, as Morning Consult reports Trump is getting  all the credit:

While Trump’s net approval rating remained 7 points underwater in January — with 44 percent of registered voters approving of his job performance and 51 percent disapproving — the number represents a 2-point bump compared with his rating in September and a 4-point bump from October and November.

Much of that gain was driven by an increase of enthusiastic support from Republican voters: Forty-eight percent of those voters in January said they strongly approve of Trump, compared with 43 percent in September.

Some experts suggest Trump’s improved standing with the public, and Republican voters in particular, was partly due to rosy economic indicators during this period — from stock market gains to strong employment figures — and Republican lawmakers’ overhaul of the country’s tax code, despite the public’s mixed response to certain parts of the legislation.

Couple the good feelings from rank and file Republicans with independents who are clearly coming Trump’s way, and the Democrats have a problem.

This problem is already vexing Democrat activists. As Ed Morrissey noted this week, at least one Democrat Super PAC is sounding the alarm bells already. Priorities USA is telling Democrats that their idea of focusing solely on Trump is already showing signs of futility.

Even Chuck Schumer warned his party “You cannot just run against Donald Trump, And it is the job of we Democrats to put together a strong, cohesive, economic group of proposals aimed at the middle class and those struggling to get there”

“According to internal polling by the super PAC, President Trump’s approval rating climbed to 44 percent in the first week of February, compared to 53 percent who disapprove,” McClatchy reported. “That mirrors Trump’s improving position in public polls.”

In November, the same survey found his approval rating at 40 percent, with 54 percent disapproving.

Other polls are also showing that as Trump gains strength, the Democrats are losing their lead. For the first time in a very long time, the Republicans have taken a lead on the Democrats in the “generic ballot” question:

Republicans have erased the Democratic advantage on the generic congressional ballot in a new POLITICO/Morning Consult poll that, for the first time since April, also shows President Donald Trump’s approval rating equaling the percentage of voters who disapprove of his job performance.

Fully 39 percent of registered voters say they would support the GOP candidate for Congress in their district, while 38 percent would back the Democratic candidate. Nearly a quarter of voters, 23 percent, are undecided.

Voters are split almost evenly along party lines. Democratic voters break for their party, 85 percent to 5 percent, while Republicans similarly favor the GOP, 84 percent to 8 percent. Among independent voters, 26 percent would vote for the Democrat, 25 percent for the Republican and nearly half, 49 percent, are undecided.

With the GOP gaining confidence and poll numbers, Morrissey notes that the Democrats better learn quickly that their strategy is probably not going to lead to great gains.

“One party may have demonstrated competence and seriousness issues in governance in 2017,” Morrissey wrote, “but the other party is showing it doesn’t take anything seriously in 2018, especially economic reality. If all they can talk about is Trump’s behavior, they’ll be doing it from the back benches until at least 2020.”

Democrats aren’t known for learning lessons. So, these warnings will not likely cause many to re-think their strategy. And that is good for the GOP.