Desperate Democrats Hope Midterms Are A Referendum On Trump, Not Biden 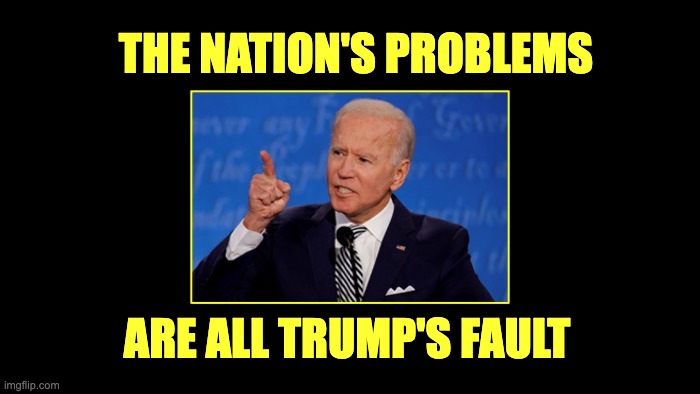 The Aug. 8 Mar-a-Lago Raid and President Joe Biden’s dystopian Independence Hall speech to start September began a transparent autumn effort to thrust former President Donald Trump back into the spotlight. Why you ask? Because Biden and Democrats much prefer to make the crucial midterm elections a referendum on someone not currently holding office than their party’s disastrous policies.

Any Trump-related headline, they believe, can distract not only from Democratic debacles but Republicans’ superior plans for America should the GOP reclaim power.

The administration’s profligate federal spending, including two unnecessary recent bills to close the summer, exacerbated inflation, crushed the middle and lower classes, and reduced supplies of food and energy.

Interest rates are now soaring, making homeownership harder for people who want to marry and start families instead of relying on the government.

Stealing money from folks who eschewed college for work and transferring the funds to mainly upper-middle-class people who majored in puppetry and jetted to Europe is the epitome of left-wing regressive elitism. Of course, it’s also a vote-buying scheme.

Studies from Ivy League universities show that over 70% of the debt forgiven will belong to people in the top 60% of income earners. It’s literally the reverse Robin Hood.

Perhaps cruelest, Biden still refuses to visit or even discuss the southern border to witness the fiasco his inept team allowed. Under their tragic border policy, where hard-working border agents are spoken about in harsher terms than terrorist cartels, millions of illegal migrants have been tossed into the country’s interior with carte blanche.

Owned by execrable eco-lunatics, Biden’s unrelenting war on domestic energy production does zero to help America. It does fund rogue foreign nations, like China, Russia, Iran, and Venezuela. It not only impacted gas prices but also caused food to skyrocket and led to shortages of vital products. It almost makes you wonder which side Team Biden is on.

Finally, Biden’s catastrophic withdrawal from Afghanistan — a low point in our nation’s proud history, leading to the deaths of 13 young servicemen and tens of thousands of innocent people — alone should cause a crushing midterm defeat for Democrats if any voters care about life, freedom, and liberty around the world.

Suppose people are talking about these embarrassments instead of a cultish obsession with calm weather patterns, proper Supreme Court decisions, or the Orange man not on the ballot. In that case, Democrats will receive their comeuppance for the pain they’ve caused most Americans.

Joe Biden is a failed president. He is also corrupt, petty, and tyrannical, with policies resembling Bernie Sanders, the abominable totalitarian he defeated. Despite what former President Barack Obama mused last week, we are not better off since the Biden regime came to Washington.

If November is a referendum on Biden’s odious record and treatment of everyday Americans the last 600 days — not on the guy who occupied the Oval Office prior —  Democrats will lose badly.