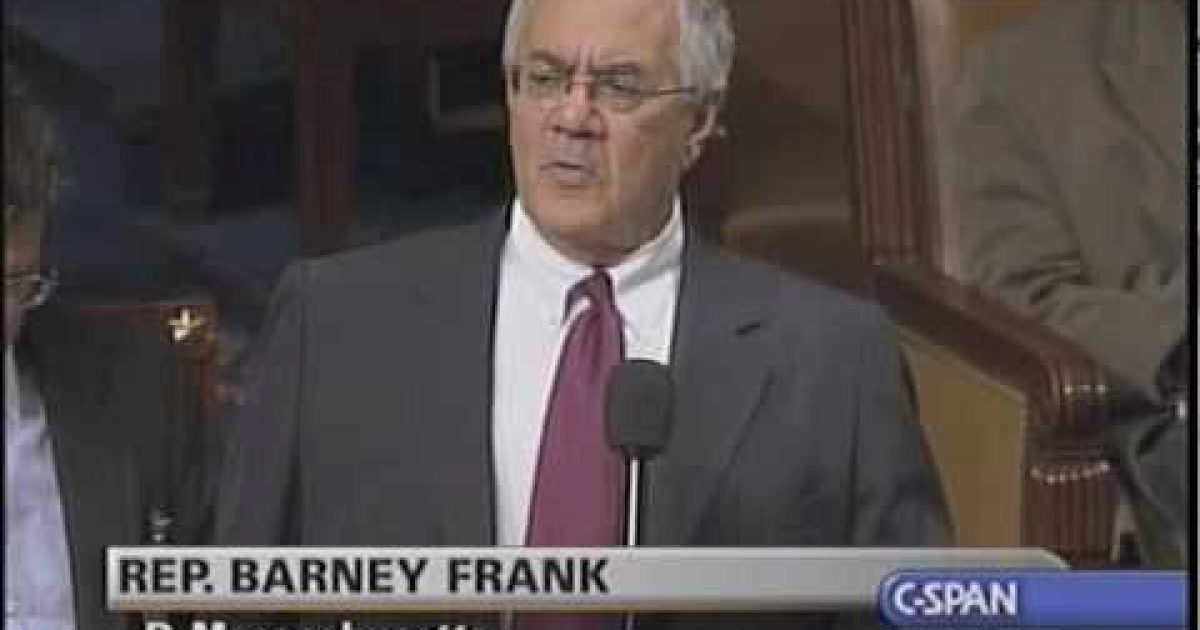 Democratic party policies created the housing bubble and crash which led the 2008 economic downturn that many people in the country are still suffering from. A major factor in the bubble and crash was the liberal policies pushing banks to provide subprime mortgages (mortgage loans to people with bad credit ratings). Now, it seems the Obama administration is forgetting the lessons of recent history and is beginning to push banks to once again offer home loans to people who may not be able to pay them back.

The bursting of the U.S. housing bubble caused the values of securities tied to the U.S. the real estate market to crash. The financial crisis which followed was triggered by two factors; a combination of government policies that encouraged home ownership by providing easier access to loans for subprime borrowers, and an overestimation of the value of those subprime mortgage securities based on the fact that housing prices usually rise. But thanks to the housing bubble bursting, the prices fell off a cliff. Both banks and investors lost billions of dollars leading to what is now called “the great recession.”

The recession left many Americans with a mortgage worth more than their house, and an inability to make payments, the banks would foreclose on the properties leaving people homeless, and the banks holding a next-to-worthless property which they could only sell at a major loss. This too put financial pressure on the banks.

According to Washington Post it may happen all over again:

President Obama’s economic advisers and outside experts say the nation’s much-celebrated housing rebound is leaving too many people behind, including young people looking to buy their first homes and individuals with credit records weakened by the recession.

In response, administration officials say they are working to get banks to lend to a wider range of borrowers by taking advantage of taxpayer-backed programs — including those offered by the Federal Housing Administration — that insure home loans against default.

Housing officials are urging the Justice Department to provide assurances to banks, which have become increasingly cautious, that they will not face legal or financial recriminations if they make loans to riskier borrowers who meet government standards but later default.

While bankers believe that the Obama administration may be able to make that commitment, they may be worried that, if the next president is a Democrat, there will be an open season on bank executives. Both Bernie Sanders and Hillary Clinton have threatened to prosecute bank executives for a myriad of perceived crimes.

Obama pledged in his State of the Union address to do more to make sure more Americans can enjoy the benefits of the housing recovery, but critics say encouraging banks to lend as broadly as the administration hopes will sow the seeds of another housing disaster and endanger taxpayer dollars.

“If that were to come to pass, that would open the floodgates to highly excessive risk and would send us right back on the same path we were just trying to recover from,” said Ed Pinto, a resident fellow at the American Enterprise Institute and former top executive at mortgage giant Fannie Mae.

Administration officials say they are looking only to allay unnecessary hesi­ta­tion among banks and encourage safe lending to borrowers who have the financial wherewithal to pay.

Through the Federal Housing Administration (FHA), even families with a credit score as low as 500 can get a home loan guaranteed by the federal government. However, despite the guarantees, banks are rejecting the lower-rated borrowers because they do not trust the government’s promises.

After years of intensifying investigations into wrongdoing in mortgage lending, banks are concerned that they will be held responsible if borrowers cannot pay. Under some circumstances, the FHA can retract its insurance or take other legal action to penalize banks when loans default.

“The financial risk of just one mistake has just become so high that lenders are playing it very, very safe, and many qualified borrowers are paying the price,” said David Stevens, Obama’s former FHA commissioner and now the chief executive of the Mortgage Bankers Association.

The FHA, in coordination with the White House, is working to develop new policies to make clear to banks that they will not lose their guarantees or face other legal action if loans that conform to the program’s standards later default. Officials hope the FHA’s actions will then spur Fannie and Freddie to do the same.

But, any new policy must get approval from the Department of Justice and the Department of Housing and Urban Development, as they are the departments that would investigate/prosecute a bank over its mortgage programs.

Even with those approvals, banks might be reluctant to provide loans to families with low credit scores.  The pain of the collapse of the housing market and the financial markets is still fresh, after all it happened less than a decade ago.

The strange part is that the Democrats have totally forgotten the policies that let to the earlier problem. Most of those policies were connected to demanding that mortgages be given to people who couldn’t really afford them. According to Investors Business Daily, they included:

It’s not that Congress didn’t see the housing collapse coming.  In 2005 the Republicans in Congress introduced a bill to regulate Fannie Mae and Freddie Mac.  Led by Barney Frank and Chris Dodd the bill was killed.

In fact on June 27, 2005 Barney Frank stood up on the floor of the House of Representatives and told America that there is undue concern about the housing market and even though prices were growing very quickly the housing market is not like the Dot.Com industry, the housing bubble will not burst (see video at the bottom of this post).

Of course when the bubble burst, Barney went on a witch-hunt, wanting to put everyone in jail except for the Democrats in congress led by Barney Frank.

And now Frank’s Democratic colleagues want to make to start the bubble all over again.