Why Won’t The Democrats Put Country Before Party? 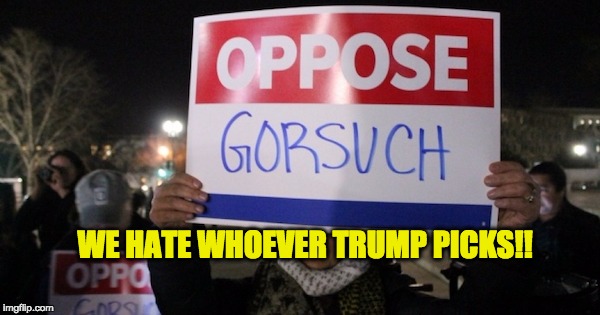 What is it with the Democrats? Why won’t they think about the needs of the country before the needs of the party? They have every right to fight against the President on policy issues. But ever since Donald Trump was elected President,  Democrats have been trying to delegitimize his election and/or his nascent administration, in other words the federal government. The latest example comes from Senator [score]Christopher Scott  Murphy[/score] (D-CT) who claims the Donald Trump is merely a puppet of Vladimir Putin.

Not only was Donald Trump Putin’s puppet during the presidential campaign, but Russia hacked the election to ensure that Hillary Clinton would lose and Trump would win. And now that Putin got his way, he’s now ‘literally pulling the strings’ of Trump’s administration.

Or so says Sen. Murphy.  He said in an interview on CNN that Trump’s attitude toward Russia and Ukraine – as evidenced in Trump’s Super Bowl interview with Bill O’Reilly – leads him to believe that the President literally is Putin’s puppet.

In O’Reilly’s interview with Trump, O’Reilly mentioned how just 24 hours after the President’s phone call with Putin, pro-Russian forces stepped up the violence in Ukraine. “Did you take that as an insult,” O’Reilly asked the President. “No, I didn’t because we don’t really know exactly what that is,” Trump responded.

“They’re pro-forces. We don’t know if they’re uncontrollable. Are they uncontrolled? That happens also. We’re going to find out. I will be surprised, but we will see.”

Alisyn Camerota asked the Connecticut Democrat, “He doesn’t know who’s controlling the forces. Do you?” Here’s how the Senator answered:

“This is as scary as it gets, and they need to get to the bottom of what this is all about. What is it all about? What is this strange relationship between Putin and Trump, and is there something that the Russians have on him that is causing him to say these bizarre things on a daily basis.”

It is true that many Republicans who tried to de-legitimize Obama, but by the time he took office anyone who used tactics such as birtherism, or accusing him of being a Muslim were looked at as over-the-top, and spewing nonsense (and both charges originated with the Clinton campaign).  When he was in office for as long as Trump is now,  the arguments against Obama were based on policy.

Even worse, the false accusations that Trump is controlled by foreign leaders or illegitimate in some other way is a danger to national security, it sends an incorrect message to our enemies that no one is in charge.  But to the Democrats are putting party politics in front of national security.

Led by Senator Chuck Schumer (D-NY), the Democrats are not only making slanderous accusation against the President and the people he’s sent to the Senate for conformation, but they are slow walking the nominations. Looking foolish, the Democrats are delaying votes they know they can’t win, and at times they aren’t showing up to committee meetings in an attempt to quash any vote.

If Chuck Schumer and his team of naysayers cared about the country, they would give the president a team to help him run the government. If they want to vote someone down…they should..but this slow walking is nonsense.

The Democrats are so anxious to destroy the legitimacy of anything President Trump does they set up protests for as soon as the President named Judge Neil Gorsuch for the Supreme Court.  They created signs with a “fill in the blank” space for the nominee.

As the opposition party the Democrats have every right to vote, protest and do whatever they can to stop policies with which they disagree. But this isn’t about stopping policies, this is all about de-legitimizing the government.

Part of this article was originally posted at Eagle Rising