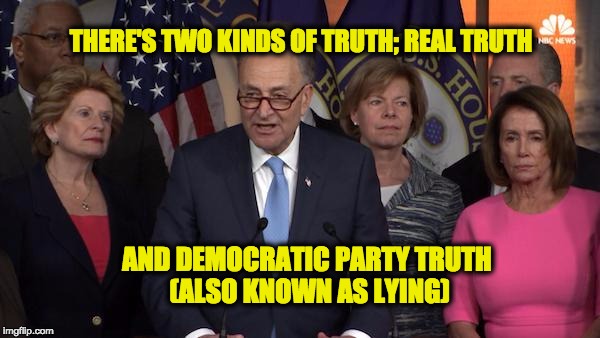 The “FAKE NEWS” makers have ramped themselves up 3000 fold!

“Trump signs order to ban Muslims from coming to the US”

“Spike in Transgender Suicide Rates because of Trumps election”

“Trump fires all AG’s”… and soooo many more!

You guys all remember a character known as Chicken Little? Chicken Little had a reputation for being crazy and causing a panic because he was always yelling “the sky is falling.” And how about the boy who cried wolf? After a while it fell on deaf ears.

Democrats have, for years, created a fake narrative that the Right-conservative-Republicans hate women, blacks, Hispanics, immigrants, clean air, clean water and so many more that I can’t list them all. Everything was the “War on __________.“ Just fill in the blank with the Democrat irritant of the month.

Democrats have learned nothing from their November 2016 election loss. They still believe it was the stupid, the uniformed, or even “those people” in the middle of the country who don’t get real news and have guns and read the bible who are at fault for their loss.

The problem is the Democrats see themselves as all-knowing, all-seeing, smarter than you, better than you, and knowing more than God. They know YOU are the problem!

When you reach the level where you cannot be taught, you can’t see where your issues are, and you even refuse to believe there is a problem, believe me… there’s a problem!

Nancy Pelosi would have no part believing the loss was because of Democrats or their message and what they did to this country over the last 8 years. She said it was because of the Russians, and “low knowledge” voters and people who didn’t understand their message. The Democrats did nothing wrong. Even good friends of mine who I have had great relationships with over the years would not take any responsibility for their party’s faults. Sorry, but you are the problem! You are Dangerous.

Back to the fake news headlines.

“Trump signs order to ban Muslims from coming to the US”

Trump didn’t sign an order to deport all illegals. The order was to arrest and deport those who committed felonies or were wanted on felony charges. And that’s soooo bad?! Then the total Muslim ban that wasn’t and still isn’t! Democrats had no problem when Oblamo did it, but are completely against it when Trump does it. How does that make sense?

Purging of information from the White House website happens whenever the presidency changes. ALL administrations do it. It isn’t a Trump conspiracy. All of Mr. Obama’s White House legacy and propaganda can be found on the new website, White House Obama.

“Spike in Transgender Suicide Rates because of Trumps election”

I’m glad to report that the CDC has found NO spike in transgender suicides because of Trump’s election. I’m not making light of this, but calling out how sick and how low those on the Left will go to instill fear into the LGBTQ community. Shame on you!

The best one of all, “Trump fires all AG’s.” WOW! The Democrats are trying to become a class “A” fearmongering group. And they are almost there. Yes, he asked the last of them to leave and resign. Unlike every other president before him who asked them all to leave the day they took office. That’s right people. ALL presidents clean house when they come into office. So I guess it’s only wrong when the guy you hate, who plays for the team you hate, does it.

Democrats’ true colors are shining, and shining brightly. The level of hate and fear they are spewing is very dangerous for this country.

They are setting up a 2 tier system, the right and the wrong. They see themselves as always right and Conservatives as always wrong. And there is no discussing it with them. They fight everything we stand for… just because. Even when President Trump, during the Joint Session address to Congress, mentioned ideas and issues they want and have wanted, they couldn’t be bothered to clap for fear of looking like they may agree with something he said! Chuck Schumer said that there was nothing in the speech he could agree with. I guess he doesn’t want safer streets, free childcare for working mothers, and safer schools for kids? Hypocrites! Just hypocrites.

Schumer also said that he would only come along side Trump if Trump governed like a Democrat. This is why I tell you that they are blind and dangerous.

Hey Democrats, your people were voted out! Your process was voted out. Even in the places Hillary won, Republicans won governorships and legislative houses! The only place you maintained real control was in the Looney bin known as California, where the craziest legislation still gets passed and continues to ruin the state.

As I like to say now… Long live Nancy Pelosi! Keep fighting the way you do and the Republicans will be in power for MANY years to come. I’m good with that.