UH-OH! Rising Democratic Star Admits To Voting For Trump, But…. 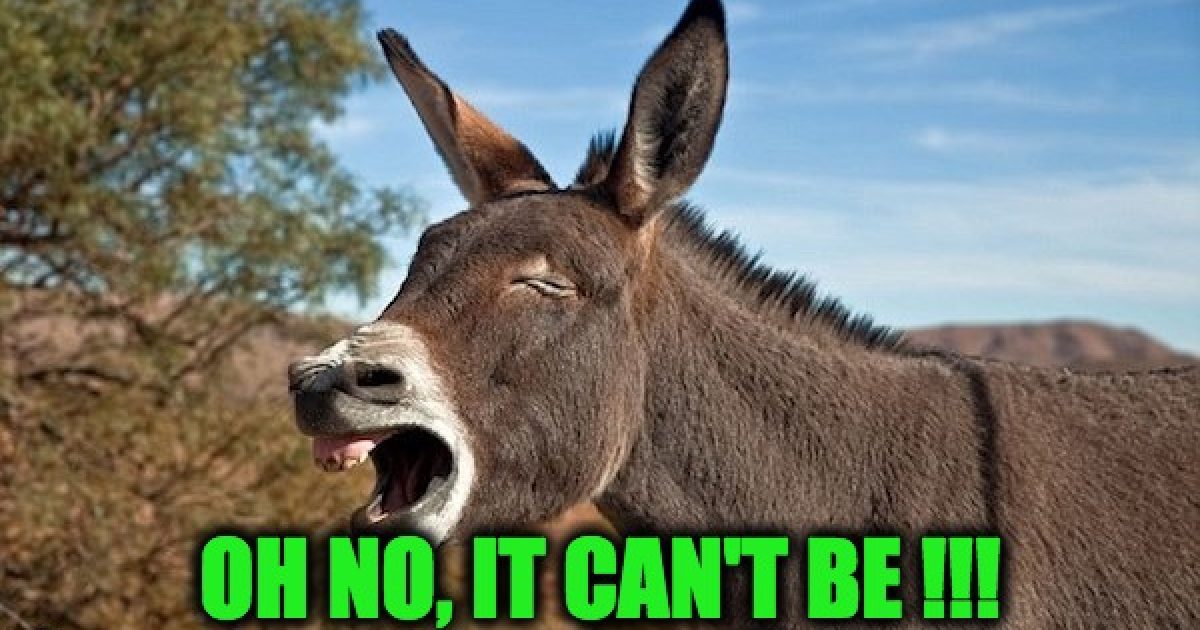 A few months ago liberals were sure that a “blue wave” was coming to send them back to power in Congress. But a new candidate for the House in West Virginia is showing just how far off that expectation might be after he had to admit he voted for Trump in the 2016 election so that he could entice voters to vote for him.

A rising Democrat star in West Virginia recently caused state party officials to gasp in horror after he admitted that in 2016 he voted for… Donald Trump and NOT Hillary Clinton. That’s right, even this purportedly moderate Democrat claims that he could not stomach Hillary Clinton.

Richard Ojeda who is currently a West Virginia State Senator is running as a Democrat for West Virginia’s 3rd Congressional District in that last-ditch effort to help foster a “blue wave” in the 2018 midterm elections this year.

Ojeda seems like the perfect “moderate” Democrat. His personal history hits all the Democrat hotspots (other than the fact that he is, well, a man).

He is of Mexican descent but was born in the U.S. into a long-time Democrat family. To burnish his bonafides, though, his grandfather was an illegal immigrant from Mexico, so he has that going or him for which Democrats can shake their heads in approval.

He also has a distinguished military career having served 24 years in the U.S. Army rising to the rank of Major. So, liberals can point to that and say, “see, we love the military, too.” Of course, they only use this line when it’s election time because for the rest of the time they really do hate the U.S. military.

Next, Ojeda worked as a high school teacher, so he has teacher’s union creds, too!

Then there is his typical, extreme left-wing voting record as a member of the West Virginia state legislature. Liberals love that he is a big pot supporter, he pushes abortion on demand, votes to enrich the teacher’s unions, and is a massive supporter of welfare programs. In other words, he is no moderate.

Finally, Democrats are also impressed that in 2016 he won his state senate seat by almost ten percentage points. That’s why they plucked him out of the state’s upper chamber before he even did too much there so they could to get him to run for Congress.

Ojeda revealed this problem in a recent interview with the Washington-based The Hill newspaper.

In an interview with Hill.TV’s “Rising,” Ojeda said it’s not that he always agrees with Trump, who remains very popular in West Virginia.

“Just because I support somebody doesn’t necessarily mean I’ll agree with them always. If they do not do something that’s correct, I have the right to make comment.”

This is a typical smokescreen that liberals spin during election time. They claim they only vote on the issues and are open-minded, but when getting to Washington they vote straight down the line with a far, far left-wing agenda and their claims of being moderate always turns out to be utter BS.

But, Ojeda is running for Congress in a district that went for Trump by a whopping 19 points in 2016, so he needs to look like he “might” sometimes support Trump’s agenda so that he can fool West Virginia voters into sending him to Washington.

The Hill essentially admits that the candidate’s vote for Trump “will help him,.”

He also made clear in an interview with Mother Jones last month that while he wants Trump to succeed, he’s frustrated with what he referred to as the “circus” surrounding the White House.

Ojeda’s vote for Trump in West Virginia over Hillary Clinton could also help him in his race. He won his May primary with 52 percent of the vote.

His positions, though, seem tortured because he is so desperate to track down the middle in his proclamations despite his left-wing voting record in the state legislature.

Take his position on healthcare:

Every citizen deserves an affordable patient centered healthcare option to promote a healthy lifestyle and remain available when life takes a turn for the worse. Though the Affordable Care Act may not be the answer to our problems, we cannot turn our head, and act like its business as usual, when there are too many problems facing our healthcare industry. Insurance companies have been riding the wave for a long time and now it is time to make them accountable for their service to the people. They must be able to provide an option that is both affordable and of ample quality to meet our basic healthcare needs. We must support the programs that offer preventative services to reduce the overall cost of healthcare. We have to identify the areas where healthcare is failing and work to see improvements. Our healthcare professionals dedicate their careers to helping others and as Congressman, I will dedicate my career to making sure affordable healthcare is available to those who need it.

So, he’s not for Obamacare, but he’s for everything in Obamacare?

See, what I mean?

To make matters worse, at least one major backer is no moderate. Ojeda is being supported by a group called the People’s House Project which is run by Krystal Ball, a far, far left former MSNBC TV host. So, his backer is already making the lie to his claim of being a moderate.

Still, Ojeda says the right stuff about bringing the Democrat Party back to its roots:

“Has it always been that way? Has it kind of fallen from grace in the past? That’s probably why now every place in West Virginia is red. But I believe we have to get back to the basics, if we do that, I think we can get back on track.”

Sadly, Democrats like this almost never stick to their lofty claims as a candidate and always end up diving right into the deep, left-wing waters as soon as they are safely elected.

But, Ojeda’s story is a familiar one to Democrats trying to claw back the big victory Trump achieved in states like West Virginia, Ohio, Pennsylvania, and so many others. The trick is, how to fool voters into thinking they are moderates that just *might* support some of Trump’s agenda (and all the while as they fully intend to vote like left-wing Democrats and won’t bend at all toward any moderate positions).