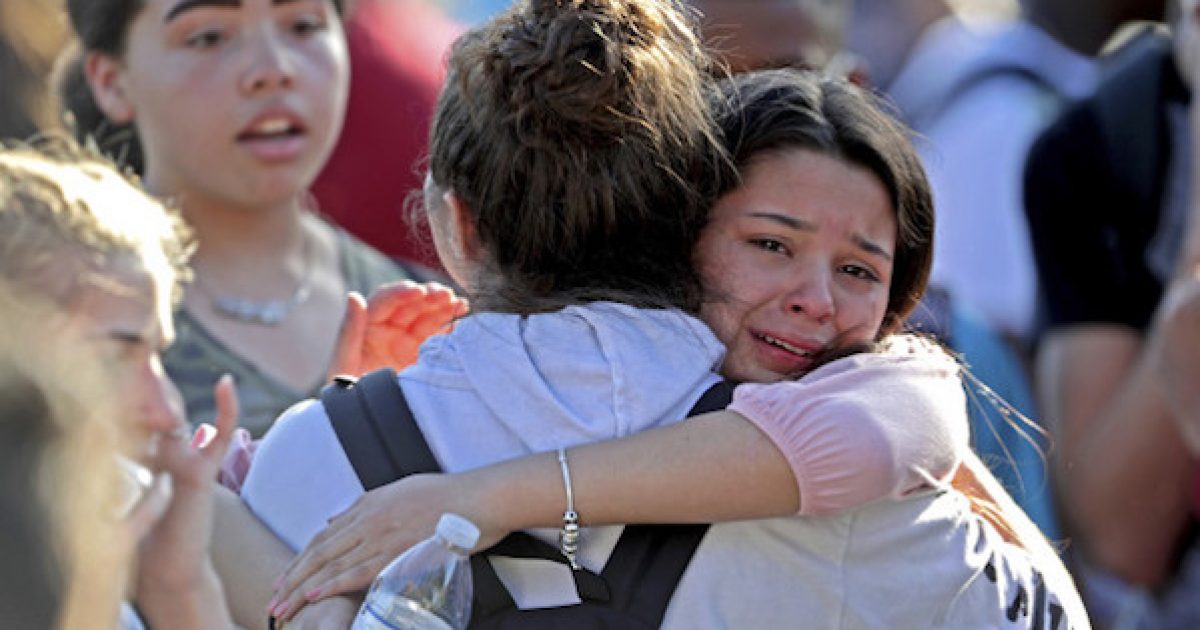 Sadly the country suffered another mass shooting in a primary school, this time in a high school in Florida. Unfortunately, the blood was still flowing, the victims had not even been identified, and the suspect had yet to be caught before liberals were purposefully misreporting on the incident and flat out lying in order to sell their anti-gun, anti-America, left-wing agenda.

One lie, in particular, made the rounds among many of the leftist media’s “real” journalists. As the crime in Florida unfolded, these “journalists” began Tweeting out that the attack at a high school in Parkland, Florida, is the “18th school shooting this year.”

Today’s shooting at a high school in #Parkland, Florida is the 18th school shooting so far this year, according to gun control advocacy organization Everytown For Gun Safety.

There have been 18 school shootings, just THIS YEAR. It’s only mid-February.

.@BrianWilliams @MSNBC just reported this is the 12th school shooting in America in just the first 45 days of 2018. Appalling

And Brian Williams was at all of them?

This is the 19th school shooting this year. THE NINETEENTH SHOOTING IN A SCHOOL.

But this statistic of anywhere from 12 to 18 the media keeps using is simply a lie. Certainly, ONE shooting at a school is one too many, but in truth, there has been more like 6 school shootings with injuries this year.

According to the Daily Mail’s David Martosko, the numbers everyone on the left keep throwing around have been “cooked.”

“Because the numbers are cooked,” Martosko Tweeted on Wednesday. “Not that this is any better, but it’s the sixth shooting to injure students. Some of the other ones were like BB guns fired at school bus windows, etc. Again, 1 is too many. But we lose credibility when we tell unnecessary lies.”

Because the numbers are cooked. Not that this is any better, but it’s the sixth shooting to injure students. Some of the other ones were like BB guns fired at school bus windows, etc. Again, 1 is too many. But we lose credibility when we tell unnecessary lies. https://t.co/b9qFVDG5Yg

There is another problem with the media’s statistic. It is sold to them by the anti-gun group called Everytown for Gun Safety which is funded by billionaire left-winger Michael Bloomberg. You couldn’t find a more biased source.

The group makes no distinctions if the “gun” used is actually a gun, it adds suicides and gang warfare, and it also counts shootings that were near a school even if the shootings had nothing at all to do with kids, school personnel or on school property.

As to the facts on the ground in Florida, as news emerges it appears that the killer is a young high school dropout named Nikolas (or Nicholas) Cruz. He’s a 19-year-old youngster who was kicked out of school because he was a violent troublemaker, a disrupter, and a mental misfit.

According to the Miami Herald, even when he was allowed in school Cruz had been barred from using a backpack because school officials feared that he would try to smuggle weapons into the school.

“We were told last year that he wasn’t allowed on campus with a backpack on him,” math teacher Jim Gard, who said Cruz who had Cruz in his class last year, told the Herald. “There were problems with him last year threatening students, and I guess he was asked to leave campus.”

One student even told the media that kids knew that this Cruz psycho was the one who would likely snap and turn on them.

“Everyone predicted it,” a student said about the #Parkland shooting. pic.twitter.com/mbzBIw8iUa

Why nothing was done about the kid is a mystery at this point.

But the left kept spinning their tales, anyway, despite the lack of information about the crime.

In other cases — and again before we had any real facts at all about the shooting — liberals began beating their war drums against the Second Amendment and screeching about taking away our Constitutional right to bear arms.

Democrat leadership was quick to push their agenda on Twitter:

Another shooting in our schools, today at Stoneman Douglas High School in Parkland, Florida. Yes, our children are resilient, but this is not a burden they should ever have to bear. My heart aches for these children & their families. #StopGunViolence

Our deepest gratitude goes out to the heroic first responders who provided aid and comfort to those in need. As the families and friends of the victims mourn and others wait for word from their loved ones, Americans everywhere share in their shock and grief.

And like good little mind-numbed soldiers the others fell right into line:

Maybe, just maybe, after 18 school shootings in America in just 43 days of 2018 the Congress might want to consider common-sense gun safety legislation and save innocent lives.

Another senseless tragedy at an American school. My heart is with the victims and their families. When will we wake up? When will we take action to prevent these shootings from occurring? These tragedies are the new normal, and that should make all of us sick.

Heartbreaking and horrific images from yet another school shooting, this time in Parkland, FL. ​Thinking of the victims and their families, and grateful to the first responders on the scene. When will enough be enough for Congress to finally take gun violence seriously?

Just awful, gut-wrenching news. My heart breaks for the victims and families of the horrific shooting in Parkland, FL. This is the 18th school shooting in the first 43 days of 2018. ​We cannot accept this as normal. We must address gun violence. https://t.co/QYrhLkKgi6

Senator Chris Murphy (D, CT) even ran like his hair was on fire to the floor of the U.S. Senate to try and turn this crime into a political “win” for his agenda.

BREAKING: In the midst of an ongoing school shooting situation in Florida, Sen. Chris Murphy went to the Senate floor to call for immediate action on gun violence pic.twitter.com/cRttg6tPfY

So, yeah, ghoulish Democrats making bank on the bodies of dead kids. Why are we not surprised?