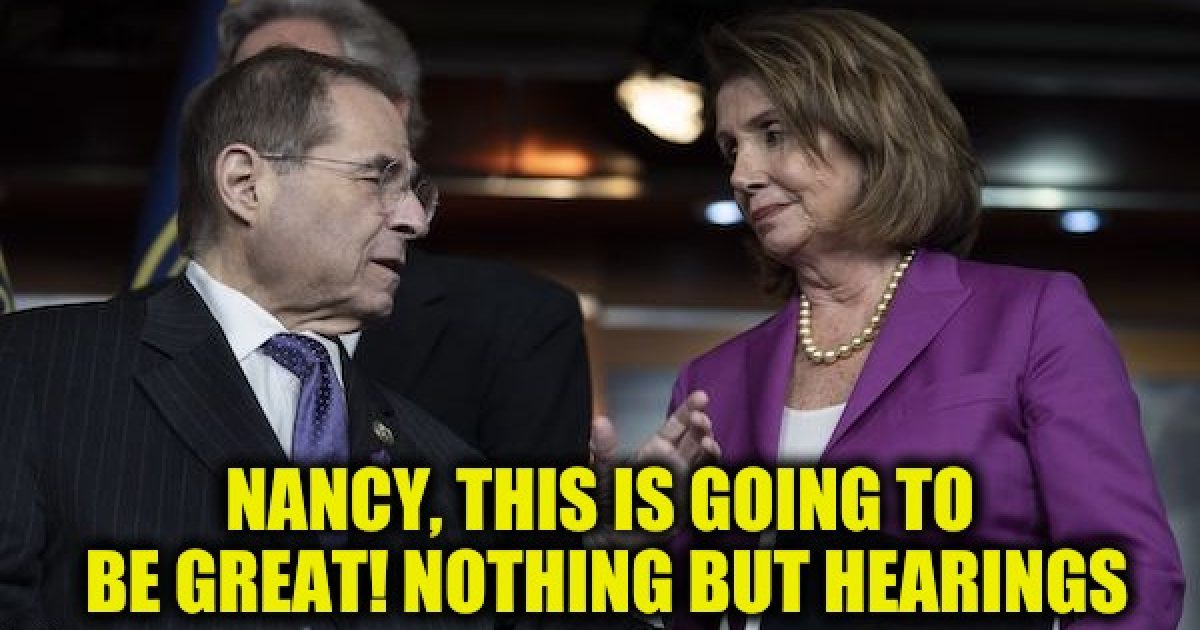 Not one of those Democrats deserves their taxpayer-funded paycheck. They’re going to spend the next two years on a witch hunt instead of doing the jobs they were elected to do. They are digging their own political graves.

The subpoenas are coming. The investigations could cover everything from Trump’s ousting of AG Jeff Sessions last week to Trump’s past tax returns as a businessman to the findings of the Robert Mueller investigation of the 2016 election to Trump’s relationship with Stormy Daniels.

House Democrats plan to probe every aspect of President Trump’s life and work, from family business dealings to the Space Force to his tax returns to possible “leverage” by Russia, top Democrats tell us.

What they’re saying: One senior Democratic source said the new majority, which takes power in January, is preparing a “subpoena cannon,” like an arena T-shirt cannon.

Based on our reporting and other public sources, Axios’ Zach Basu has assembled a list of at least 85 potential Trump-related investigation and subpoena targets for the new majority. (See the list.)

Incoming House Intelligence Chairman Adam Schiff (D-Calif.) told “Axios on HBO” that he expects Trump to resist the committees’ requests, demands and subpoenas — likely pushing fights over documents and testimony as far as the Supreme Court.

Why it matters: The fight will test the power of the presidency, Congress and the Supreme Court.

Top Democrats, who had largely avoided the subject during the campaign, now tell us they plan to almost immediately begin exploring possible grounds for impeachment. A public report by Robert Mueller would ignite the kindling.

Tom Steyer, the liberal activist who spent more than $100 million during the campaign to build support for impeachment, said establishment leaders who are trying to postpone talk of impeachment are “the outliers”: “80 percent of registered Democrats think … we’re right.” More

This is going to get ugly. The Democrats are so spiteful don’t they know they have real work to do? This may be the kick in the butt that the Republicans really need. Two more years of this idiotic circus may finally show the Party that they cannot just get along with Democrats and their MSM sycophants.

This war against the President is really getting old. We have so much real business like our broken immigration policies, welfare reform, and mental health issues just to name a few.