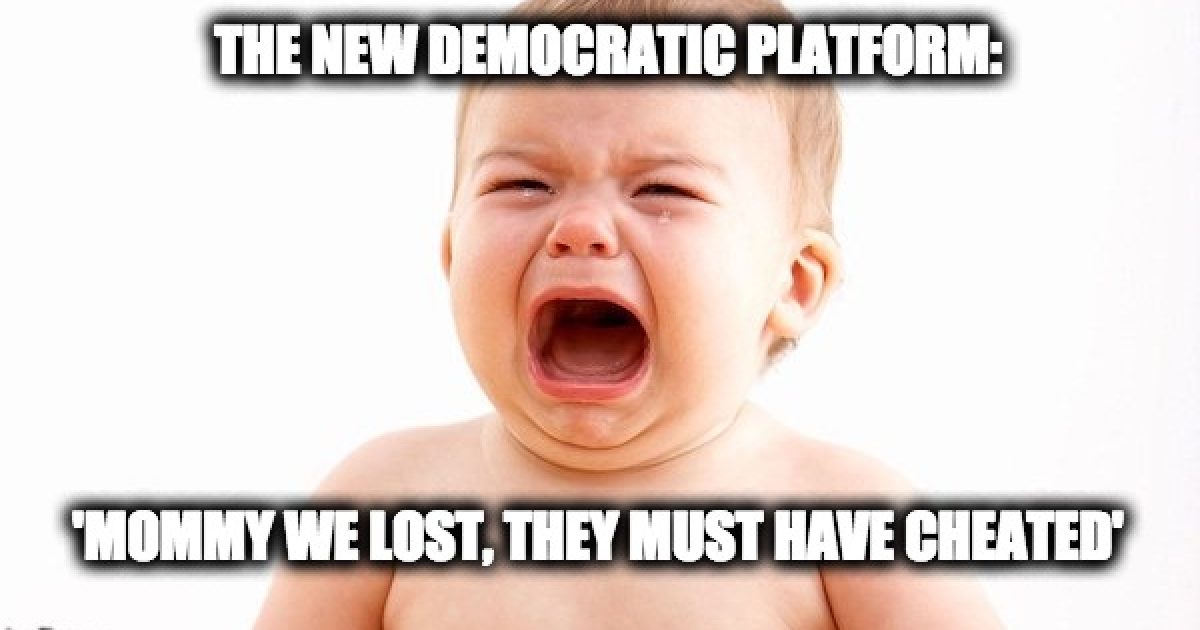 Holy Cow, the Democratic Party will never accept the 2016 election.

The DNC on Friday filed a multimillion-dollar lawsuit Friday against the Russian government, the Trump campaign and the WikiLeaks claiming they conspired to disrupt the 2016 election skew tilt the election to Donald Trump.

The complaint, filed in federal district court in Manhattan, alleges that top Trump campaign officials conspired with the Russian government and its military spy agency to hurt Democratic presidential nominee Hillary Clinton and help Trump by hacking the computer networks of the Democratic Party and disseminating stolen material found there.

“During the 2016 presidential campaign, Russia launched an all-out assault on our democracy, and it found a willing and active partner in Donald Trump’s campaign,” DNC Chairman Tom Perez said in a statement.

“This constituted an act of unprecedented treachery: the campaign of a nominee for President of the United States in league with a hostile foreign power to bolster its own chance to win the presidency,” he said.

The case asserts that the Russian hacking campaign — combined with Trump associates’ contacts with Russia and the campaign’s public cheerleading of the hacks — amounted to an illegal conspiracy to interfere in the election that caused serious damage to the Democratic Party.

Let’s be real. This suit is one more example of the Democratic Party unable to accept the fact that Donald Trump beat their golden girl, crooked Hillary Clinton.

The truth is that with all the investigations on the matter, there is not a scintilla of proof that President Trump or his campaign colluded with the Russians. And as far as suing the Russians, good luck with getting them to even recognize the suit.

This is not a lawsuit, it’s the political equivalent of a 12-year-old losing a game and crying that the victors cheated. That my friends is the new Democratic Party platform.