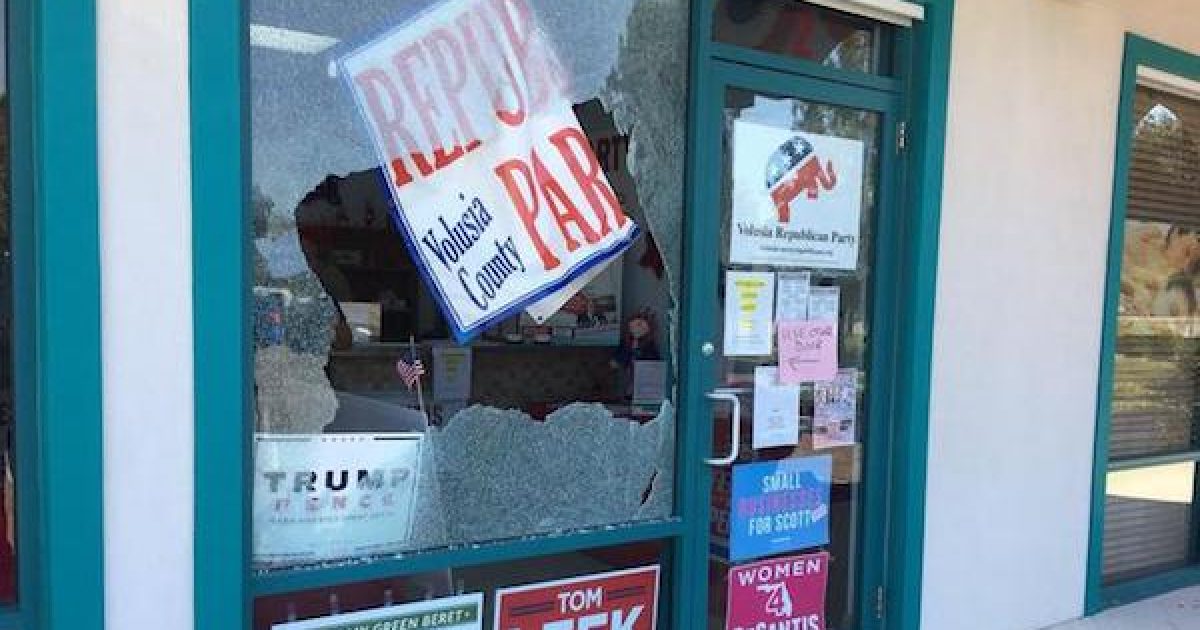 On Monday, the Republican campaign office in Volusia County, Florida, was fired on and had its windows blasted out. But it was just one of 40 acts of violence against Republicans just this month alone.

The gunfire on the Florida GOP HQ was pinned on an unknown political opponent.

“I’m looking at the busted window that some nice Democrat did,” GOP Chairman Tony Ledbetter said on Monday. “Republicans don’t have any beef about what we are doing, it’s the Democrats.”

But that was just one on dozens of acts of intimidation, violence, vandalism, and crimes against Republicans.

Even as the media has spent months blaming all violence on Trump and his voters, the real truth of political violence is that 90 percent of it is perpetrated by those on the left side of the political divide in the USA.

According to reports, liberals have committed at least 40 other acts of violence against Republicans in October.including

Per Breitbart. News, here are some more of those acts:

There was an assassination attempt against President Trump:

October 3, 2018: Ricin and a threatening letter sent to Trump 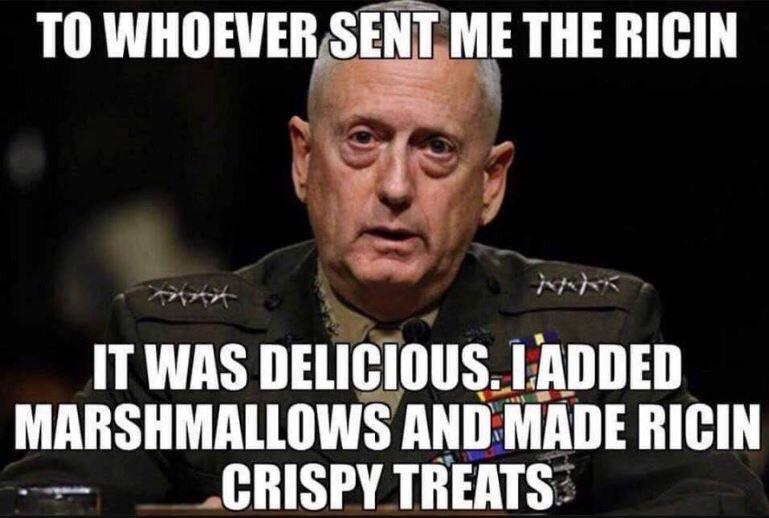 One MSNBC commentator called for the military to remove Trump from office:

There appears to have been an assassination attempt against Senator Susan Collins (R-ME) for her support of Brett Kavanaugh:

No fewer than five Republican campaign centers and a club have been vandalized: [Update: six]

Yet, if you were to listen to the media, you’d find them blaming Republicans for all violence.

But the truth is, there is no such corresponding list of attacks on Democrats, but to report the democratic violence would require honest journalism.  Sadly honest journalism is a dirty term for most of the  MSM