“Democracy” Is Absolutely NOT At Stake Tuesday 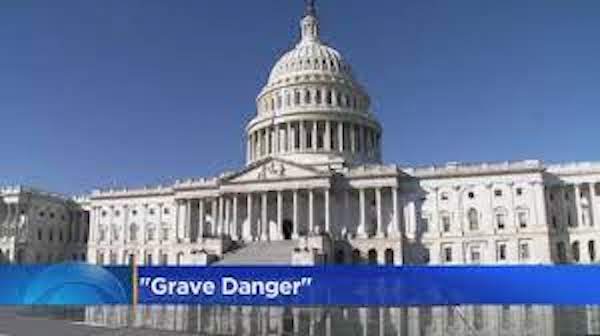 According to Democrats and their unrepentant media allies, democracy is under such a grave threat that Republicans should not even be allowed to campaign for office.
c
This noxious claim, repeated ad nauseam recently, is their only option to obfuscate two years of failures and demand voters ignore real issues.
n
Their self-serving arguments are also false.
m
The U.S. has fiercely contested fair elections; “democracy” is not “on the ballot” in next week’s midterms. It’s never been easier to vote.

While hyper-partisans revel in subterfuge about voting catastrophes, in my view, we actually live in a golden age of democracy.

There is nothing in the actual behavior of Democrat politicians to show that they take their own rhetoric seriously.

If they believed “Stop the Steal” types constituted a serious emergency, Democrats would ally with sane Republicans — the vast majority — who do not deny the 2020 election results. Yet Democrats worked tirelessly to defeat these legitimate candidates in primary elections.

If Democrats believed certain candidates were committed to overturning our government, they would dedicate their campaigns to stopping them. Instead, they promoted such “existential threats” in the GOP primaries, assuming they’re easier to defeat in the general election. It is grotesque hypocrisy and purely political.

Suppose the 2022 election is about “protecting democracy” at all costs. In that case, Democrats should persuade reluctant Republicans to vote for them by moderating on cultural issues like abortion, guns, climate lunacy, and so on. They’ve refused.ff

Biden: “Extreme MAGA Republicans” want to “suppress the right of voters and subvert the electoral system itself. That means denying your right to vote and deciding whether your vote even counts.” pic.twitter.com/PAywblBrad

Like an imperialist, he audaciously created a massive student debt transfer program in an unconstitutional exercise to help his wealthy constituents at the expense of blue-collar Americans; other Democrats hope to pack the Supreme Court or end the filibuster because they apparently do not want checks on their power.

If election denial is a dire threat, lefties should have sent repugnant Stacey Abrams — a radical who denied her 2018 Georgia gubernatorial election loss and spread misinformation about voter suppression in a state with arguably the best-run election system — to the dustbins of political history. Instead, they championed her as a hero and repeated her deceit for years.

In fact, the president himself repeated her “Lie of the Year” and added his own racially divisive, vicious slander to brainwash low-information people.

Finally, if Democrats genuinely fear victorious MAGA politicians will meddle with the 2024 election, why not pass the Electoral Count Reform Act, which supposedly has rules to prevent cheating? Progressives brag about passing all sorts of taxpayer-funded, useless bills this year, yet not the one most relevant to the foremost issue of our time? What instead does Biden promise for his first bill in January? A heinous, unpopular pro-abortion law.

What’s important to remember is that Democrats probably won’t consider a Republican victory next week or in 2024 any more legitimate than they did in 2000, 2004, or during their sordid post-election 2016 shenanigans.

Here’s something Joe Biden DOES NOT want you to see.

And that’s why they should be ignored no matter how much they condescend or warn us about what’s at stake Tuesday.