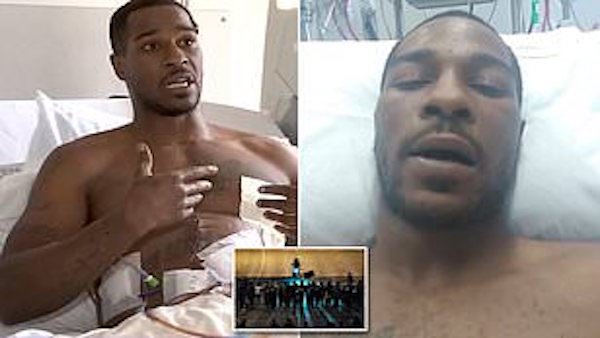 We all watched the drama unfold in Seattle on the national stage. Police and ‘protesters’ with a decidedly violent streak stood toe-to-toe for weeks after the (allegedly) George Floyd riots, which quickly morphed into a very different thing. (Almost like a group was laying in wait for just the right moment to capture and redirect the energy and outrage of the public whipped up about a righteous cause.) Injured in standoff was DeJuan Young, who was shot, and his allies wouldn’t let the cops into the CHOP zone and help him.

The CHOP anarchists envision a police-less society. That was one of the critical demands of the squatters who took over Seattle’s downtown, threw up a wall, and forbade police to enter.

What happens when you have an area in which no laws are enforced? A lot of bad things happen. There were several shootings… but the ambulance was NOT entering that space without police backup, and the police themselves were chased out by the mob.

And that is precisely the ‘utopia’ they were fighting for… right? Sure it was. But then DeJuan Young got shot, and he lost the feeling he was in Shangrila.

A man who got shot in CHAZ now wants to sue the police for not responding fast enough to the "autonomous zone" where they have up barricades barring the police from entering.pic.twitter.com/6udR8zekik

It should go without saying that Mr. Young being shot was a bad thing, we hope the guilty party gets caught and punished, and we hope DeJuan Young fully recovers.

Now in the video above, DeJuan Young is airing grievances about the incident itself.

He should be calling upon the good citizens of CHOPistan to mete out appropriate justice upon whoever it was that sent him out of the police-less paradise and into an American hospital? No. That would be intellectually consistent. The crowd he hangs with isn’t really known for consistency, only anarchy.

Instead, Mr. Young is calling out the police for (no, we aren’t kidding) failing to protect and serve.

Perhaps people are afraid to tell him the truth, it was his anarchist friends that prevented help from coming.

Per the Seattle PD:

On June 20th, at approximately 2:30 AM, East Precinct officers responded to a report of shots fired in Cal Anderson Park. This is inside the area referred to as the Capitol Hill Organized Protest (CHOP). Officers attempted to locate a shooting victim but were met by a violent crowd that prevented officers safe access to the victims. Officers were later informed that the victims, both males, had been transported to Harborview Medical Center by CHOP “medics”.

The police’s body cam videos back up their account.

DeJuan Young claims, “…the cops left me out there to die…”

Sorry, DeJuan, it was your friends kept them from coming to your aid.

If you want to prevent that from happening again….next time, pick better friends.