The Defeated Do Not Make Demands, The Victors Do 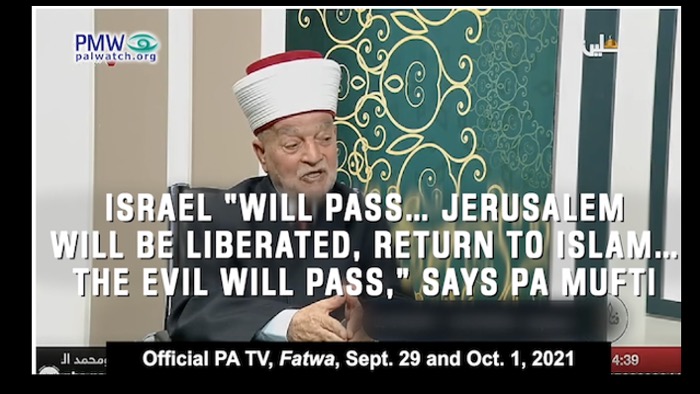 The defeated do not make demands.

That has been a truism throughout the entire history of conflict and war.

In the overwhelming majority of wars, one side wins, and the other side loses. The winning side can then make demands of the losing side. If the winning side did not start the war, then it can demand steps that will ensure the losing side will not be able to initiate another round of conflict in the foreseeable future.

Over more than a century of war against the Jewish people’s sovereignty over their ancestral and indigenous homeland, the Palestinians and their allies have been relentless.

They tried to snuff out the Jewish state at birth with overwhelming military force and lost. They lost again in 1967 and 1973. They tried to weaken Israel economically with regional and global boycotts. They failed. Then the Palestinians used terrorism that followed Israelis wherever they went—cruise ships, Jewish community centers, and even the Olympics.

In this generation, the Palestinians established the Boycott, Divestment, and Sanctions movement, hoping that the Arab-Muslim demographic majority in international institutions and power in international trade, along with growing populations of supporters in the West, would be able to overwhelm largely uninterested and ignorant populations with lies.

As in all the previous rounds of conflict, the end game was not a Palestinian state but the end of the only Jewish state.

One of the leaders of the BDS movement, Omar Barghouti, openly said, “We oppose a Jewish state in any part of Palestine,” referring to the entire Land of Israel between the Jordan River and the Mediterranean Sea.

Israel is a regional economic superpower, and after two decades, BDS has made few inroads. It will fail just like the other previous efforts to end Jewish sovereignty.

However, the conflict will continue until Israel decides it has had enough of the constant bloodshed, scurrilous attacks, and economic assaults.

There is no guarantee that the Palestinians and their allies won’t eventually find the means to inflict lasting and fatal damage.

In 2013, senior Palestinian Authority leader Jibril Rajoub said, “We, the Palestinians, are a source of concern for Israel. Our main enemy is Israel, not just Palestinians but Arabs and Muslims. In the name of Allah, if we had nuclear weapons, we’d be using them.”

This might seem far-fetched at the moment, but an enemy that aspires to destroy Israel is not one that should be treated lightly, especially when some of its sworn allies are weeks away from nuclear capability.

If we look at the current situation, we see that the Palestinian leadership, far from feeling defeated, continues to make brazen demands.

Ahead of U.S. President Joe Biden’s upcoming visit to the Middle East, the Palestinians are demanding that the Americans capitulate to their demands to reopen a U.S. consulate in Jerusalem that would serve the Palestinians, remove the PLO from the U.S. list of designated terrorist organizations and reopen the PLO office in Washington D.C. All this will put pressure on Israel to stop its preventative security operations in Judea and Samaria and come to the negotiating table.

These are the demands of those who believe they are winning. They are the terms set by a party that believes it has the upper hand and is on a path to ultimate victory.

Israel should take this opportunity to make demands of its own.

Israeli leaders should say to the Palestinians, ahead of Biden’s arrival, that the Palestinians must clearly and publicly recognize the legitimacy and permanence of Israel as the national homeland of the Jewish people. The P.A. should disarm terrorist groups, stop all incitement and rid its education system of anti-Semitism and hostility towards Israel. It must also cease payments to terrorists and their families and end all BDS activities against Israel in the international arena, including at the International Criminal Court.

Nothing less than this will end the conflict with Israel.

Once these steps are taken, the war will be over, Israelis will live in peace and security, and the Palestinian people will be free of the burden of war. Then public funds can be used to build governmental, social welfare, education, and healthcare systems.

For Palestinians to succeed, their leaders must accept Israel’s terms and their own defeat in the struggle to end Jewish sovereignty.

This is what Israeli leaders mean when they say, “We will only have peace with the Arabs when they love their children more than they hate us.”

If the Palestinians reject Israel’s terms, which they most certainly will, Israel will need to enforce them. Israel needs to apply economic, military, and diplomatic pressure until its demands are met.

Israel needs to take control and put a stop to enemy tactics that are costing Israel lives and livelihoods.

This is the path to victory.

The defeated do not make demands. The victors do.

Karma Feinstein Cohen is Executive Director of World Herut and a member of the board of governors of the Jewish Agency. Herut is an international movement for Zionist pride and education and is dedicated to the ideals of pre-World War II Zionist leader Ze’ev Jabotinsky. More about Herut can be found at www.HerutNA.org–Please click on this link and consider joining Karma (and The Lid)  in this great organization.