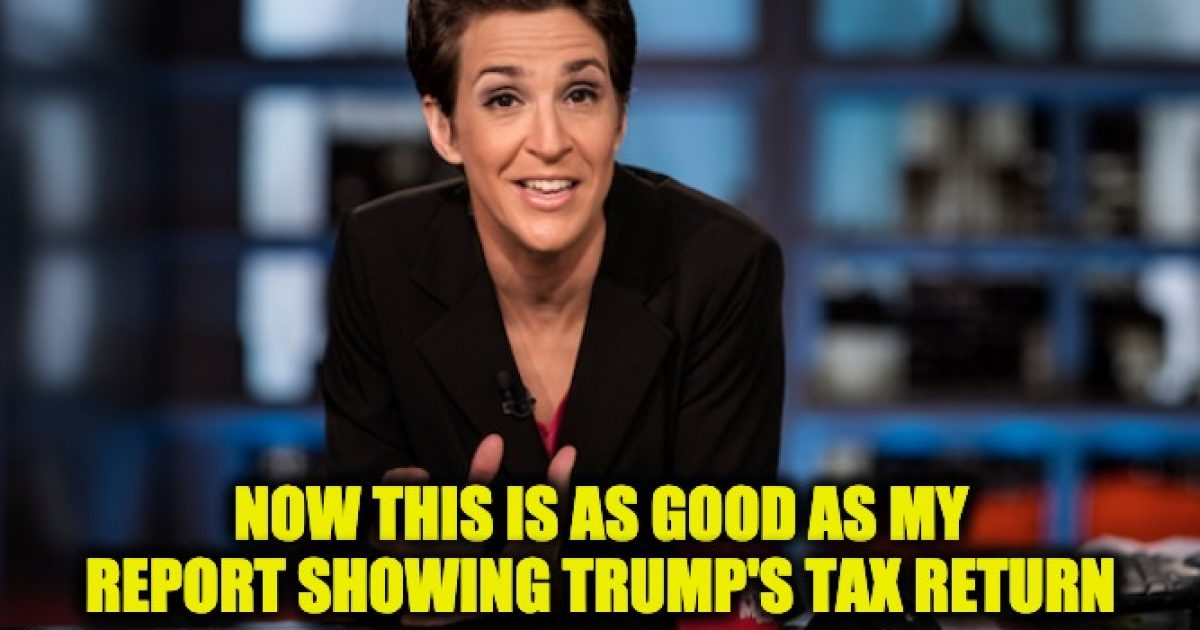 The lawsuit filed Monday in the U.S. District Court for the Southern District of California seeks $10 million from Ms. Maddow, MSNBC, Comcast Corp. and NBC Universal. The suit also accuses Comcast, which also owns NBC Universal, of refusing to carry OANN because it “counters the liberal politics of its own channel, MSNBC.”

Maddow and the network ignored the warning they were given. “On July 25, 2019, Miller Barondess, LLP sent legal notices to Rachel Maddow, MSNBC, The Daily Beast and its reporter Kevin Poulson demanding retraction of defamatory statements regarding Miller Barondess’ client One America News Network (“OAN”). Skip Miller, partner at Miller Barondess, LLP, represents OAN, an independent and family-owned television channel focused on providing national and international news coverage.  OAN recently became the target of reports claiming that the news organization is a paid Russian propaganda operation.  Per Miller, “This is vile, sensationalistic reporting. These defamatory statements must be retracted immediately. One America News Network has no connection to the Russian government or any other government – no connection whatsoever, financial or otherwise.”

The timing of Maddow’s comments were a bit strange. Maddow said her report was based on a story in the Daily Beast. which did run an article the same day as Maddow’s claim, on the same day as Maddow’s report, but there’s more. OAN’s President, Charles Herring, called out and objected to Comcast’s anti-competitive censorship in an email to Comcast’s President of Content Acquisition. One week later MSNBC’s   The Rachel Maddow Show — opened with the show’s host, Rachel Maddow, telling her audience that OAN ‘really literally is paid Russian propaganda.'”

“In this case, the most obsequiously pro-Trump right-wing news outlet in America really literally is paid Russian propaganda. Their on-air U.S. politics reporter is paid by the Russian government to produce propaganda for that government,” Maddow said.

Time Magazine reported OAN’s claim their employee Kristian Rouz was a freelancer for Sputnik News, not a staff employee, and his work there had nothing to do with his work for OAN.

The lawsuit includes a statement from Rouz that said he wrote some 1,300 articles over the past 4 ½ years for Sputnik but “I have never written propaganda, disinformation, or unverified information.”

“One America is wholly owned, operated and financed by the Herring family in San Diego. They are as American as apple pie. They are not paid by Russia and have nothing to do with the Russian government,” Skip Miller, an attorney representing OAN, said in a statement. “This is a false and malicious libel, and they’re going to answer for it in a court of law.”

Also included in the lawsuit was an Aug. 6 letter from Amy Wolf, an attorney for NBCUniversal News Group, to OAN’s attorney. It said OAN “publishes content collected or created by a journalist who is also paid by the Russian government for writing over a thousand articles. Ms. Maddow’s recounting of this arrangement is substantially true and therefore, not actionable.”

If the OAN timeline is accurate, it seems that Rachel Maddow’s anti-OAN statement was not only motivated by a Daily Beast article but perhaps influenced by the OAN owner’s letter to Comcast. I am sure that some middle management types at Comcast were unhappy that Charles Herring went over their heads. But perhaps not— because that would make Rachel Maddow nothing but a liberal hack– a definite possibility for a network that also employs Joe Scarborough, Nicole Wallace, Chris “Tinkle down his leg” Matthews, and Lawrence O’Donnell.