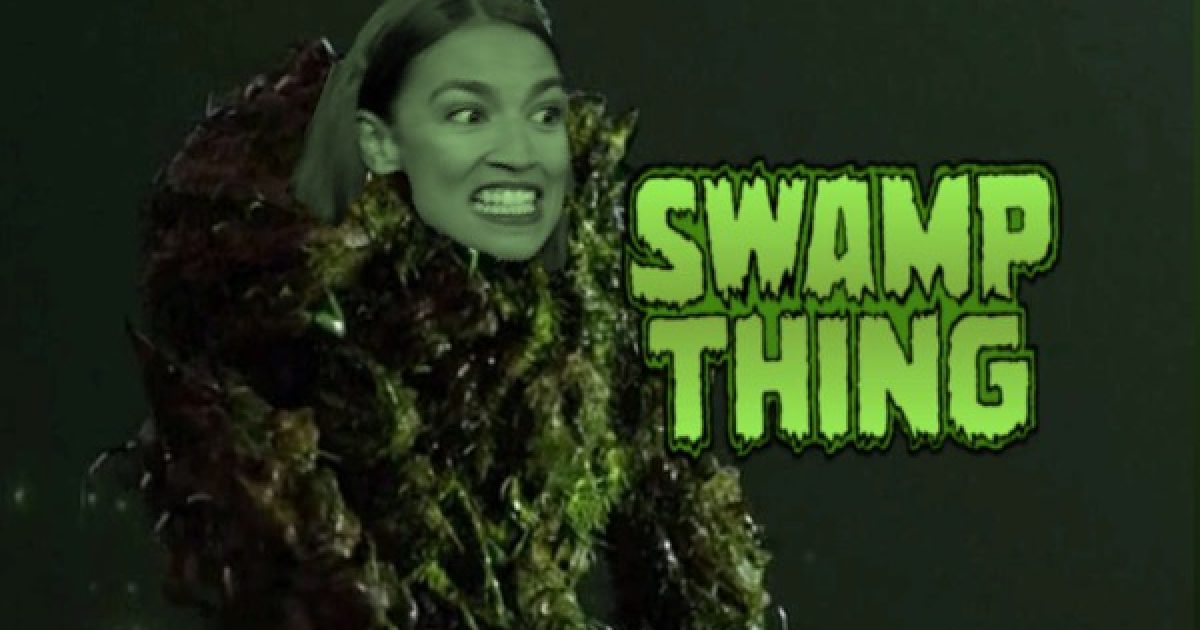 Alexandria Ocasio-Cortez may be in big trouble. The Coolidge Reagan Foundation filed a serious ethics complaint accusing AOC of funneling campaign cash through a PAC and into the grubby hands of her boyfriend.

A Republican group filed a complaint with the Federal Election Commission on Wednesday alleging that Rep. Alexandria Ocasio-Cortez’s campaign may have illegally funneled thousands of dollars through an allied PAC to boyfriend Riley Roberts.

Members of the Washington, D.C.-based Coolidge Reagan Foundation allege in their complaint that when the Brand New Congress PAC (BNC) — a political arm of Brand New Congress LLC, a company that was hired by Ocasio-Cortez, D-N.Y., to run and support her campaign — paid Roberts for marketing services, it potentially ran afoul of campaign finance law.

“It’s not illegal for [Ocasio-Cortez] to pay her boyfriend, but it appears that they created some sort of scheme to avoid claiming the money [as a campaign expense],” Dan Backer, a D.C.-based attorney who filed the complaint on behalf of the foundation, told Fox News. “What exactly did he do for that money?”

The FEC complaint specifically cites the use of “intermediaries” to make the payments, “the vague and amorphous nature of the services Riley ostensibly provided,” the relatively small amount of money raised by the campaign at that stage and “the romantic relationship between Ocasio-Cortez and Riley” in asserting the transactions might violate campaign finance law.

The Coolidge Reagan Foundation — a 501(c)(3) — is requesting that the FEC look into the payments for potential violations on relevant campaign finance laws that state that campaign contributions “shall not be converted by any person to personal use” and that “an authorized committee must report the name and address of each person who has received any disbursement not disclosed.”

Note the full ethics complaint is embedded below.

Of course, AOC believes any of these complaints are simply a hit-job:

The conspiracy machine is in full effect & it’s been disappointing to watch professionals get duped + amplify unvetted Medium posts as truth, treating journalism like it’s a high school Livejournal rumor mill or something.

.@AOC paid Brand New Congress LLC, which @saikatc owns, for strategic consulting. @BrandNew535, the PAC Saikat ran in parallel to his LLC, turned around and paid Riley Roberts – the boyfriend – the same amount as its sole "marketing consultant". How swampy.

The payments to Roberts are the largest payments made by @BrandNew535 to any person or group other than Brand New Congress LLC. Oh, and Roberts doesn't work in marketing. pic.twitter.com/XN8AYl0l7J

Roberts lists his residence as Arizona, where he's from, for the purposes of the disbursement, but for the in-kind work in 2018 and his cash donations to @AOC's campaign, he lists New York. Looks like a sad attempt to be sneaky. pic.twitter.com/lNAzmm4svP

Now @saikatc says he left @BrandNew535 sometime in August of 2017. But @justicedems, which he continued running, and which remains on his profile, shared an address with @AOC's campaign. It appears he still owns Brand New Congress LLC. pic.twitter.com/T0MS7ab80x

So, we get an under the table PAC payments to your boyfriend from a wealthy benefactor, who you then hire? Add that to your next lightening round of questions about HR1 @AOC.https://t.co/KSQqq3xKRY

Looking at all the evidence above and the ethics complaint below it certainly seems if  Alexandria Ocasio-Cortez is very deep into the swamp.

Ocasio Cortez Complaint by on Scribd