The Deep State Has Armed More Federal Bureaucrats Than We Have U.S. Marines 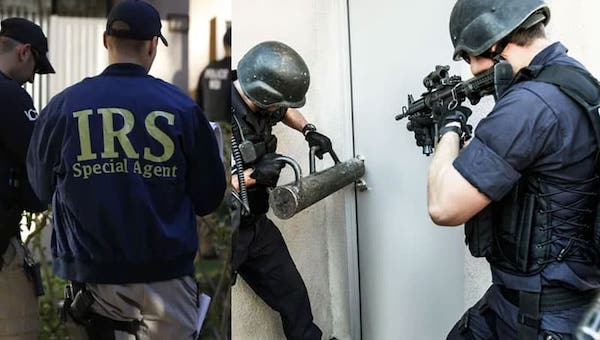 According to federal records, we now have far more deep-state feds armed to the teeth than U.S. Marines.

Why does any common federal employee need to have a license to kill?

Seriously. That may seem humorous, but very few federal employees must be allowed to walk around armed by special government dispensation.

Indeed, every American has a right to a firearm. And in my opinion, every American should be allowed to go around armed. But why is the government giving special licenses to more than 200,000 federal employees to be armed as a condition of employment?

A video quickly went viral racking up millions of views, purporting to show a bunch of clumsy bureaucrats receiving firearms training, prompting alarm that the IRS would be engaged in military-style raids of taxpayers. The GOP claims were widely attacked as exaggerations — since the video, though from the IRS, didn’t show official agent training — but the criticism has shed light on a growing trend: the rapid arming of the federal government.

A report issued last year by the watchdog group Open The Books, “The Militarization of The U.S. Executive Agencies,” found that more than 200,000 federal bureaucrats now have been granted the authority to carry guns and make arrests — more than the 186,000 Americans serving in the U.S. Marine Corps. “One hundred three executive agencies outside of the Department of Defense spent $2.7 billion on guns, ammunition, and military-style equipment between fiscal years 2006 and 2019 (inflation adjusted),” notes the report. “Nearly $1 billion ($944.9 million) was spent between fiscal years 2015 and 2019 alone.”

The watchdog reports that the Department of Health and Human Services has 1,300 guns including one shotgun, five submachine guns, and 189 automatic firearms. NASA has its own fully outfitted SWAT team, with all the attendant weaponry, including armored vehicles, submachine guns, and breeching shotguns. The Environmental Protection Agency has purchased drones, GPS trackers, radar equipment, and night vision goggles, and stockpiled firearms.

A 2018 Government Accountability Office report noted that the IRS had 4,487 guns and 5,062,006 rounds of ammunition in inventory at the end of 2017 — before the enforcement funding boost this year. The IRS did not respond to requests for information, though the IRS’s Criminal Investigation division does put out an annual report detailing basic information such as how many warrants the agency is executing in a given year.

Conservative Review has more, of course. But the point is valid.

Why does the arrogant deep state feel it has the right to arm itself above the rights of the rest of us?

Take away these so-called licenses to kill NOW!