DeBlasio Figures Out The Cause of Saturday’s Cop Killing, It’s The Media’s Fault 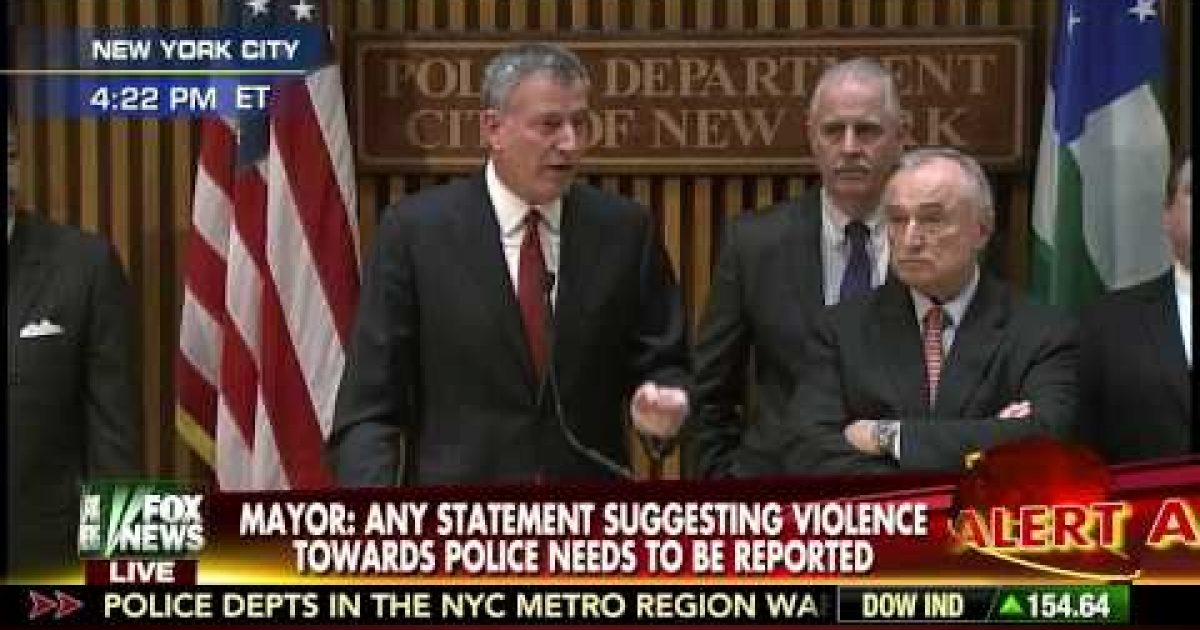 Well the Mayor of New York finally figured out why the two New York police offices were killed on Saturday, it’s all the media’s fault!

When asked about some of the anti-Cop chants at protests, DeBlasio snapped back (see video below):

The question now is, what are you guys going to do? Keep dividing us? I’m not talking about every one of you but let’s get real. Just in that question. 25,000 people marched down one of our streets a few days back, absolutely peaceful, no chants like that.

Later on he added:

This is the same New York City media, that has covered for this DeBlasio ever since he got into the Mayor’s race.

This Mayor is doing nothing but trying to protect his six foot, five inch butt. DeBlasio, like President Obama plays us for fools talks about wanting to unite the races, then he empowers racial agitators like Al Sharpton, or AG Eric Holder.

If DeBlasio truly wanted to improve relations between cops and the community he would not have made a speech where he said he had to tell his bi-racial son to worry about the Cops. Just like if President Obama cared about the cops, and how cops got along with their community, when he brought all those people to the White House about racial relations a few weeks back, he would have brought a cop or two into the discussion. But just as he did with the Cambridge policeman at the very beginning of his administration this President acts as if the Police is the root of all evil. DeBlasio is no different.

Progressive politicians like Obama and DeBlasio have been divisive, they have not tried to unite the country, or the city. And now instead of shouldering their own responsibility, or admitting their own mistakes, they take the easy way out.  It’s the political version of blaming the dog…it’s the media’s fault. However America is beginning to understand that funny smell is not coming from the media, it’s coming from the White House and City Hall