Dear Rand Paul–You Are Now Dead To Me 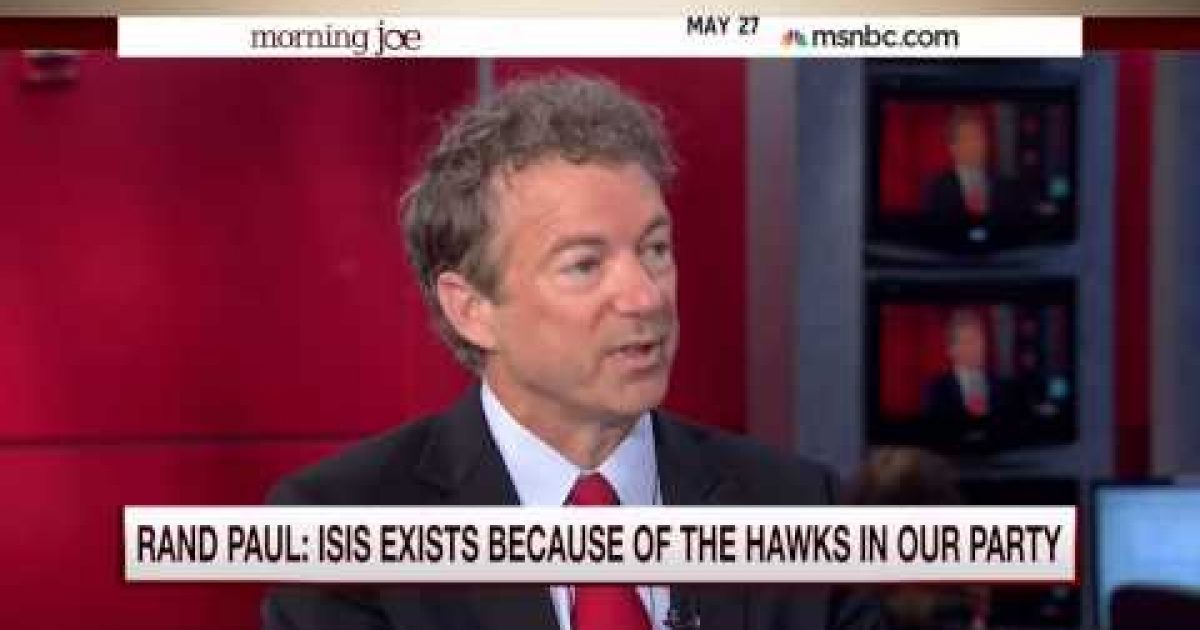 I have spent much of the past year trying to convince friends that Rand Paul was not Ron Paul, not that I was going to endorse him or anybody else in GOP race for the nomination but I thought that Rand should be fairly evaluated based on his positions not based on his racist, anti-Semitic father.  Today that all changes….Rand Paul as a candidate is dead to me. Oh of course I will vote for him if he gets the nomination, but to be honest I really don’t believe I have much to worry about.

On Wednesday morning he was interviewed by Joe Scarborough on Morning Joe. The host asked Rand about a comment Lindsey Graham made, blaming people like Rand Paul for ISIS. Graham was wrong for the attack (but who really cares because I have a better chance of getting the nomination than Graham who is little more than John McCain’s mini-me). Instead of hitting back at Graham, Rand Paul lashed out at a big segment of the GOP.

ISIS exists and grew stronger because of the hawks in our party who gave arms indiscriminately and most of those arms were snatched up by ISIS. These hawks also wanted to bomb Assad, which would have made ISIS’ job easier. They created these people. ISIS is all over Libya, because these same hawks in my party, they loved Hillary Clinton’s war. They just wanted more of it. Libya is a failed state. It’s a disaster. Iraq is a failed state or a vassal state now of Iran.

The creation of ISIS has much more to do with Obama’s premature withdrawal of troops from Iraq than any GOP hawk. It was a stable country when our troops left, heck even the SCHMOTUS Joe Biden said so. Actually the biggest factor was Wahhabism the radical Islamist philosophy created in Saudi Arabia which morphed into the radical Islam which became Hamas, Hezbollah,  al Qaeda, and ISIS.

One of the reasons Romney lost in 2012 was the primary period where the large crop of GOP candidates spent all their time slamming each other instead of laying out their own policies. Rand Paul’s statement to Joe Scarborough was reminiscent of that kind of “If I can’t be president–no Republican can” type of campaign we saw in 2012 and it is unacceptable.

Thus Rand Paul is now dead to me. And If I could sway RNC Chairman Reince Priebus (he doesn’t know me from a hole in the wall)  I would urge him to ban Paul from the debates because of the cardinal sin of breaking the 11th commandment.