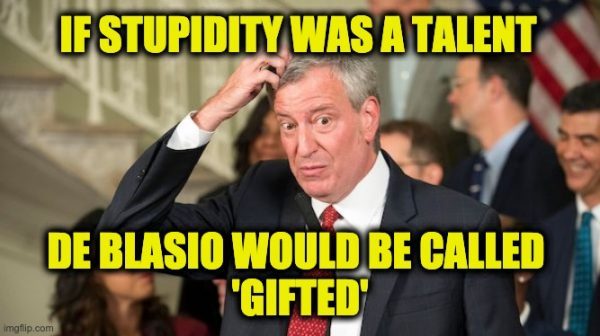 Bill De Blasio’s NYC government decided to respond to an exploding drug and homeless problem by putting them up in luxury hotels that most New Yorkers couldn’t afford to spend a week in, let alone call home. Homeless people are being put up in luxury hotels in Manhattan. More than just sounding bad, De Blasio’s NYC may have put young children in danger and broken State law at the same time. NYC dumped at least six homeless pedophiles, all still on parole, at a luxury Upper West Side hotel less than two-tenths of a mile from an elementary-school playground. De Blasio’s NYC pedophiles 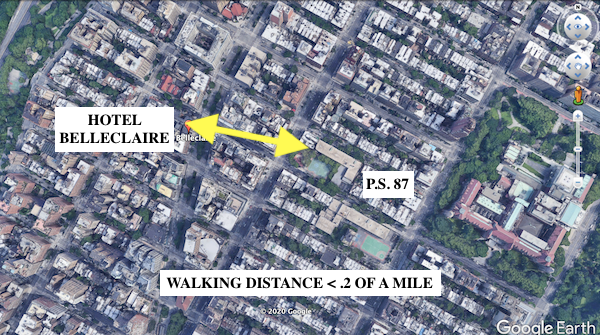 It’s trendy right now to be soft on crime. To ‘compassionately’ release criminals. To let people get on with their lives. But playing fast and loose with our justice system has consequences, especially in this case.

The outrage is only the latest slap in the face to residents of the Manhattan neighborhood — who as The Post reported have had to deal with everything from public urination to open drug use since the city began moving hundreds of homeless into the area amid the coronavirus.

“Completely unacceptable,” seethed Sabina Popovic, 32, who was at the playground with her daughter, 5, and son, 1, Friday.

The six parolees — including a man who had forced sex with a 4-year-old girl — were listed by the state Sex Offender Registry as current residents of the Belleclaire hotel at Broadway and West 77th Street as of Friday night.

The hotel is just under 1,000 feet from the playground of PS 87 — and New York state law bars such high-risk sex offenders on probation or parole from “knowingly entering into or upon” schools or other facilities or other facilities “primarily used” by children if a minor is present. Courts have interpreted that to mean they must keep 1,000 feet away.

But NYC Mayor De Blasio who is running NYC right now seems really interested in looking after their citizens, doesn’t he? After all, he disbanded the NYPD anti-crime unit whose major responsibility was taking illegal guns off the street resulting in a 177 percent increase in shootings in July from the same month in 2019 and a 50% increase in murders, he cut $1 billion out of the police budget and houses pedophiles less than two-tenths of a mile from the playground of PS 87.

De Blasio is living proof that you can’t fix stupid.