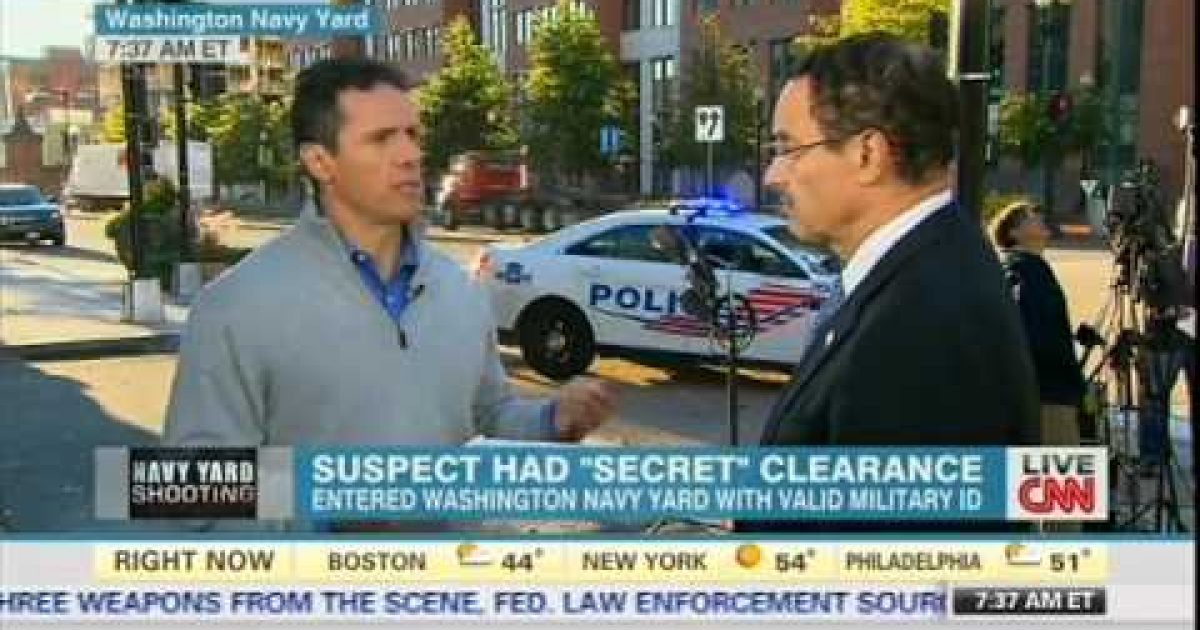 If you thought the people who blamed yesterday’s tragic Navy Yard shooting on the lack of gun control were bad…you ain’t seen nothing yet. Vincent Gray the mayor of Washington D.C, appeared on CNN’s “New Day” this morning and wondered if budget cuts had something to do the gunman getting onto the Washington Navy Yard on Monday, killing 12 before being killed himself.

“As I look at, for example, sequestration, which is about saving money in the federal government being spent, have we somehow skimped on what would be available for projects like this and then we put people at risk,” Mr. Gray said on CNN’s “New Day” on Tuesday morning.


He called the Navy Yard “one of the most secure facilities in the nation” and wondered how the shooting suspect Aaron Alexis‘ past didn’t prevent him from getting access to the base.


“It really is hard to believe that someone with a record as checkered as this man could get credentials to be able to get on the base,” Mr. Gray said.

Oh COME ON! Does he really believe that nonsense? Mayor Gray seems to be a great candidate for a David Letterman installment of stupid mayor tricks. Watch the full video below (h/t NRO) and try to understand how someone that mentally deficient is allowed to go outside without a helmet!

How will the Pentagon define ‘extremism’?
April 12th, 2021 Liberty Unyielding

To Resist Tyranny, You Must Recognize The Propaganda
April 12th, 2021 Sons of Liberty Media

Engaged At Warp Factor One: When Submarines Don’t Mind Being Seen
April 12th, 2021 The Lid