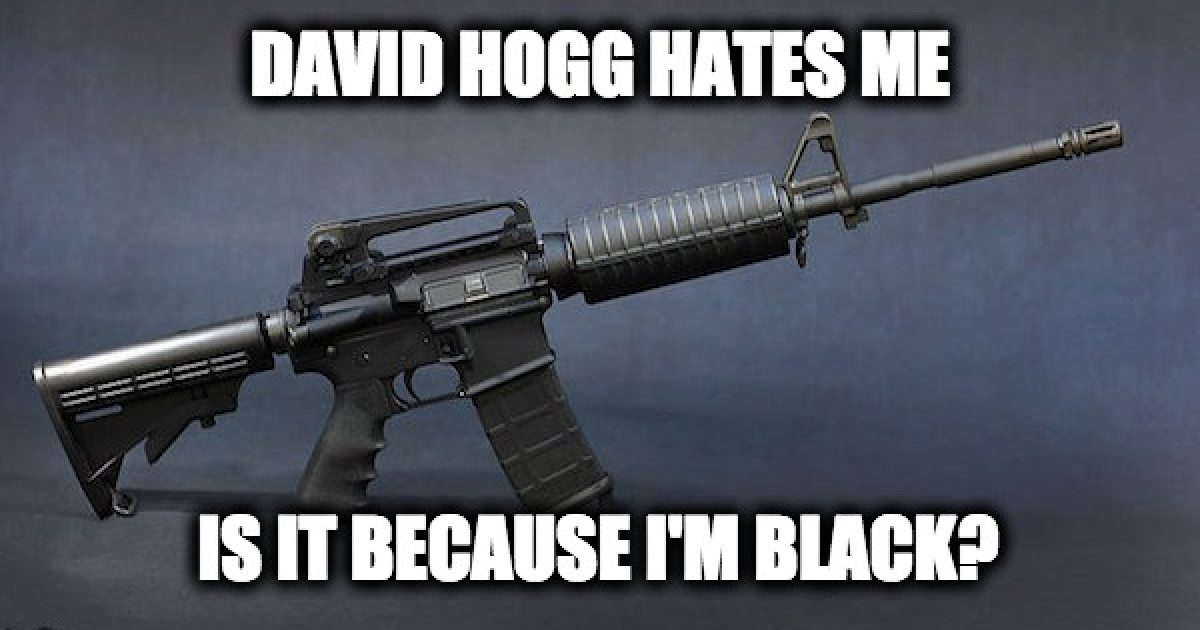 Lying or ignorant anti-gun kid David Hogg was at it again this week making proclamations about guns that are simply untrue and then getting slammed down for his lies.

Anti-Constitution activist Hogg jumped to his minded Twitter account to write: “The effective range of an AR-15 is 1600 feet for comparison your typical handgun is 75 feet if you’re shooting somebody from 1600 feet away you’re not defending yourself, you’re hunting.”

With this bit of left-wingery, Hogg advocated for another assault weapons ban.

This is all nonsense. Firstly, a pistol, which usually has an effective range of less than 100 feet, takes a far better-trained shooter to use effectively. Indeed, a rifle with a more extended range is easier for someone to use to defend themselves.

Furthermore, just because a firearm has a range of 1,600 feet does not mean that it can only be used at 1,600 feet. It is a pretty absurd characterization, in fact.

But, even the range issue aside, people absolutely have used an AR-15 for self-defense. As The Blaze noted:

“People most certainly do use the AR-15 to defend themselves and others,” responded Stephen Gutowksi of the Free Beacon, and provided examples.

One was from Oswego, near Chicago, where a man stopped a knife attack by threatening the attacker with his AR-15.

“He was a half a breath away from getting his head blown off and he knew that,” Dave Thomas said. “That’s why he put the knife down.”

In another story, two students in New York City frightened away armed intruders with their own AR-15. “I’m happy he saved my life. I was very thankful he had his (gun),” said one of his gun-owning roommate.

In another incident, an armed burglar was shot and killed by the resident of an apartment with an AR-15.

“You have a man who defended himself inside his home, as the law would generally permit, and exercised extreme restraint by firing only one shot in shooting someone who was unlawfully in his home,” said a local district attorney.

Then there is the apt comment from Amy Swearer, a legal policy analyst for the Heritage Foundation:

.@SenFeinstein: are you worried about AR-15s being used in so many school shootings? #Kavanaugh: Yea, it’s sad. But we need to “harden” our schools. Lots of people use AR-15s for self defense. (Shorter: School shootings are the price we pay for “freedom”) pic.twitter.com/EhttL30Gp1