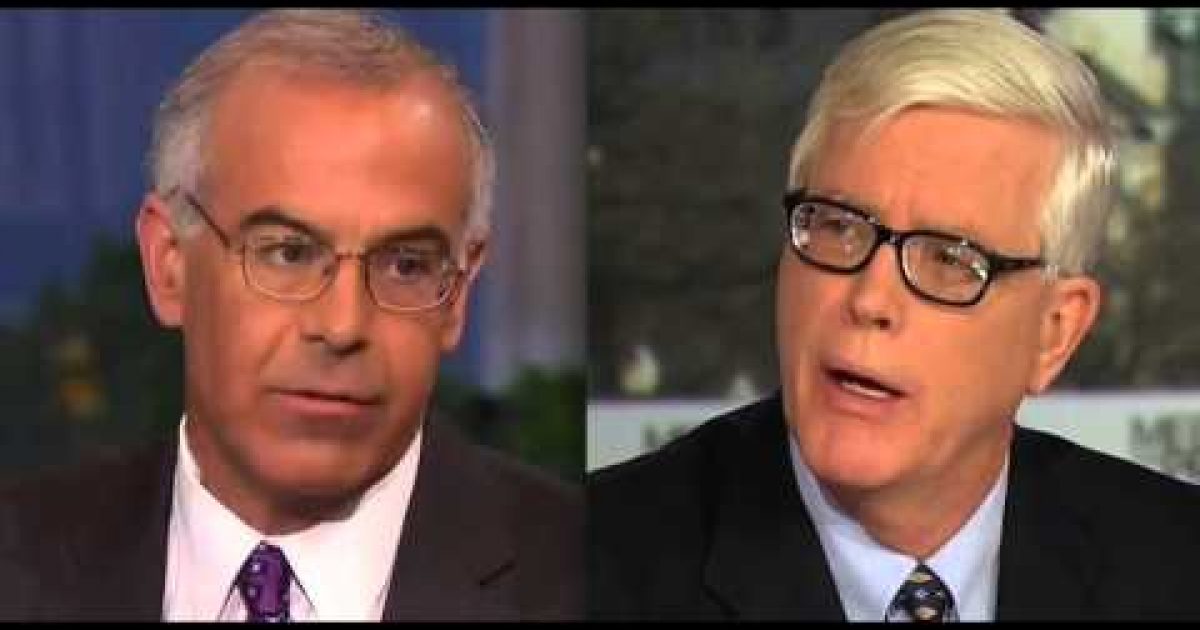 New York Times columnist David Brooks was a guest on Wednesday’s Hugh Hewitt Show and the two began to talk about Marie Harf’s comments about the WSJ op-ed written by former Secretary of States Henry Kissinger and George Schultz. Brooks blasted Harf’s comment that the op-ed was “a lot of sort of big words.”

Hewitt: Yeah, you need Khrushchev or the equivalent of the Iranian Khrushchev standing up in front of the hardliners and saying that Khamenei and that Khamenist stuff, that was for the birds. Let me play for you, by the way, since you bring up Henry Kissinger and George Schultz, this is State Department deputy spokeswoman Marie Harf earlier today responding to that very op-ed, cut number 20:


Hewitt: David Brooks, this is the critique of the critics, is that we don’t have a lot of alternatives. In fact, every critic I’ve heard has alternatives, and I’m sure Kissinger and Schultz do. But a lot of big words? Really?

Brooks: Are we in nursery school? We’re not, no polysyllabic words? That’s about the lamest rebuttal of a piece by two senior and very well-respected foreign policy people as I’ve heard. Somebody’s got to come up with better talking points, whatever you think. And of course, there are alternatives. It’s not to allow them to get richer, but to force them to get a little poorer so they can fund fewer terrorism armies.

Perhaps in Harf’s case we are in nursery school…after all Ms. Harf is clearly outmatched in her present job.

Making A Prey Of Americans: Biden Creating Domestic Insurrection – Releasing Illegals Back Onto The Streets Of America
January 25th, 2021 Sons of Liberty Media