Dem. AG Candidate Promises Not To ‘Show You Her Penis’ But Defended Child-Exploiting Strip Club 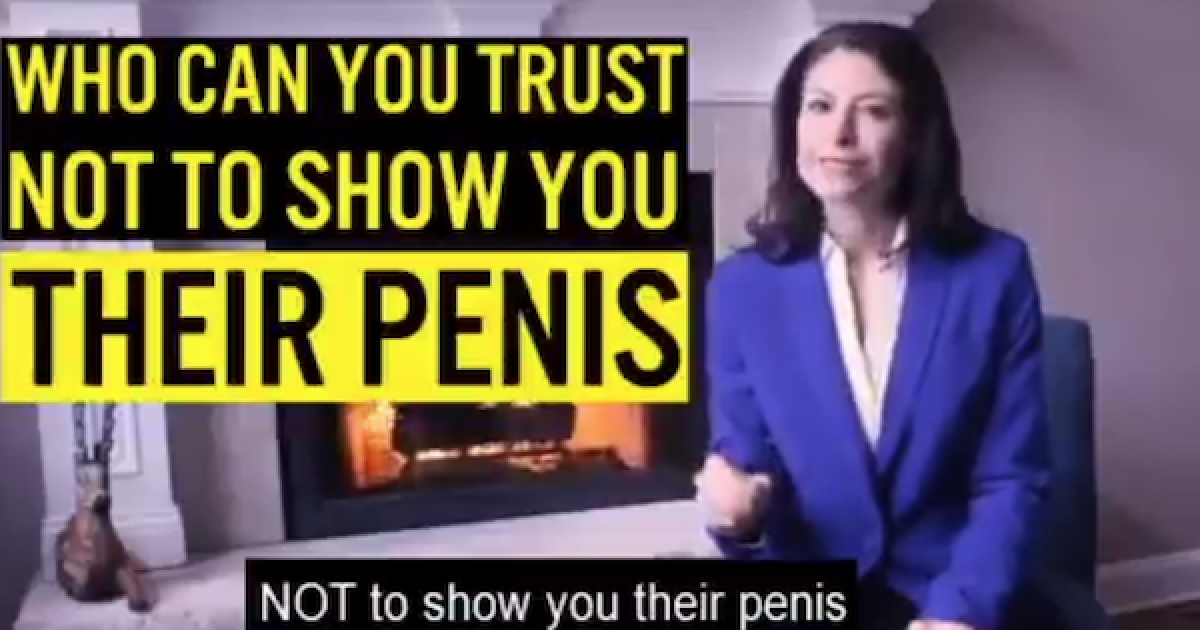 Dana Nessel, the Democrat whose campaign slogan is “Who can you trust most not to show you their penis in a professional setting?” has skeletons rattling around in her closet.

It seems the woman running for Michigan attorney general once defended a Detroit strip club that illegally employed a 15-year-old girl as a dancer.

Nessel, who views herself as the anti-sexual harassment candidate, defended Club Onyx despite evidence they had exploited a child by hiring her to perform for their audience.

First, police say she danced as Fantasy. Then, she performed as Sparkle. Now, the 15-year-old girl is in a juvenile lockup and renewing debate about whether Detroit is doing enough to regulate its topless clubs.

Acting on a tip about an underage performer, police raided Club Onyx on Monday and found that the girl dancing in a yellow bikini is the same one arrested in April for performing at the All-Star Lounge.
They were doubly surprised since that club on Eight Mile near Greenfield was padlocked just hours earlier after a judge declared it a nuisance in part because of the April incident, said John Roach, a police spokesman.

Police may be shocked, but opponents and defenders of the clubs aren’t.

(…)Nessel, rather than have club owners charged, suggested police give “lectures” to the staff about how to run a 21-and-up strip club.

“We requested members of the police department to come in and give lectures (to club staff),” Nessel said. “It’s a legitimate business, and they are trying to work within the balance of the law. They don’t want to cause havoc in the community.”

The legal age to perform at that time in Michigan was 18.

“I will not sexually harass my staff and I won’t tolerate it in your workplace either,” Nessel says in her new ad. “I won’t walk around in a half-open bathrobe, and I’ll continue to take all sex crimes seriously, just like I did as a prosecutor.”

But not as a defense attorney.

It is only towards the end of the ad when the AG candidate admits she doesn’t have a penis.

You can’t make this stuff up.

This is the Democratic Party. pic.twitter.com/xNvRJ8NvfC

Much of this post originally seen the Mental Recession