Once again Nancy Pelosi words have proven to be truthful.  So far we have found out, people will not be able to keep their health care plans, doctors are going to abandon medicare and the bill won’t save money it will lose it (and that’s before we found out the $500,000 billion dollars was double counted).

What we didn’t know until recently is that deeply buried within Obamacare was a $105 billion slush fund that assures its implementation ten years into the future, no matter what future voters think or want.

In their arrogance what the progressives in Congress did was at the last minute, hide enough money in the Obamacare bill to fund the bureaucracy needed for its implementation.  Or to put it another way, if the voters ever decided to elect people, for instance in a mid term election, who promise not to fund Obamacare, too late, the money is already committed. And nobody knew.

A separate CRS report, titled New Entities Created Pursuant to the Patient Protection and Affordable Care Act, concludes: “The precise number of new entities that will ultimately be created pursuant to [Obamacare] is currently unknowable, for the number of entities created by some sections is contingent upon other factors, and some new entities may satisfy more than one requirement in the legislation.” These new bureaucracies would have the power to reach into your life on a daily basis, including control over who is allowed to sell you health insurance and how they may do so, as well as what procedures Medicare will or will not pay for. Once Congress allows these new bureaucracies to be created, it will be next to impossible to get your health care freedom back.

What the progressives secret stash does is ensure that those brand spanking new Obamacare bureaucracies cannot be defunded  is where the secret $105 billion stash comes in.

Making years’ worth of spending decisions in advance is an attempt to handcuff the current Congress and prevent it from determining current levels of spending. … The funds in Obamacare are not budget projections but actual appropriations of money. Obamacare goes far beyond any precedent for making appropriations for future years; it is an outrageous effort by the former Congress to bind the current and future Congresses in this way. 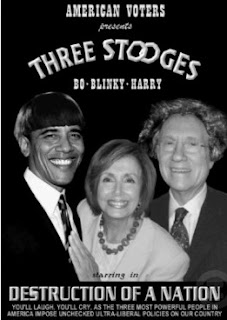 Conservatives can still save the nation from Obamacare’s bureaucratic kudzu, but they must act proactively. They must go beyond simply not providing funds for the implementation of Obamacare. CRS explains: “Precedents require that the language be phrased in the negative, for example, that ‘none of the funds provided in this paragraph (typically an account) shall be used for’ a specified activity.”

This is why our nation cannot afford to fund the federal government by continuing resolutions, which perpetuate the status quo—a status quo where Obamacare’s implementation is already funded. In order to truly defund Obamacare, conservatives must go through all 2,700 pages of the bill and cut spending for every program one by one. That is the mandate this Congress was elected on. Members need to do their jobs.

No more continuing resolutions! No Increase of the debt limit, until we get our finances in order.