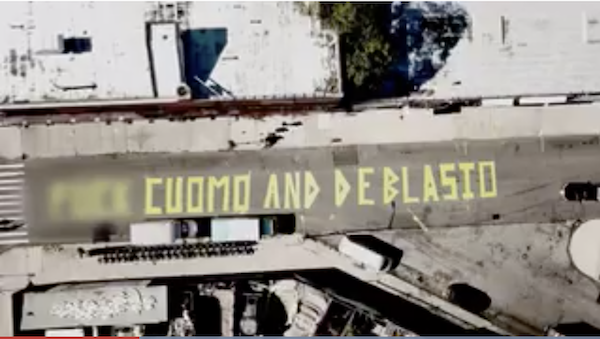 Cuomo may be so impressed by his own leadership during The virus that he’s writing a book on it (It’s not called “How I killed Grandma” but probably should be)  Not all New Yorkers share that high opinion of either Cuomo or Hizzoner.  New Yorkers have a reputation for being bluntly honest and no part of the city is blunter than Brooklyn. Over the weekend Brooklynites managed to send an unmistakably clear message of their disapproval to Cuomo and DeBlasio. Fuhgeddaboudit!

Their message was both profound and profane. And it was written in letters so tall you could practically see them from space. Okay, maybe not space. But any overhead flights would have had no trouble making it out.

The block letters, after all, were big enough to stretch across a street in Brooklyn.

Here’s how they got there:

The not-so-subtle shout-out to Gov. Andrew Cuomo and Mayor Bill de Blasio went up around 1 a.m. Saturday on North 15th Street between Wythe Avenue and Banker Street in Williamsburg, during the waning hours of an annual block party which this year doubled as a “small business owner protest,” one attendee told The Post.

“A few partygoers got the idea to paint in huge [letters, using] yellow paint with rollers on North 15th, ‘F–k Cuomo and de Blasio,’” the attendee said Sunday, refusing to be identified by name. “The party continued. Everyone took photos.

“It was a big hit. The crowds cheered, even the cops chuckled.” —

Of course, the cops chuckled, the way DeBlasio has acted toward the police, justifiably the Cops are not big fans of the mayor.

Of course, the giant eff-you in front of Trump Tower (BLM) gets to stay but a grass-roots message critical of the local government —well, that’s another story.

Work crews were sent out within 24 hours to remove it.

Bucking widely-held notions about municipal inefficiency, workers from the city Department of Transportation descended on the display less than 24 hours later — around 10 p.m. Saturday — to cover up the message with black, according to the attendee.

“They told the partygoers it came from up top and they were told the sign said ‘F–k the police,’” the attendee said, though it was unclear whether the workers meant that the order came from top DOT officials or City Hall. —

(…)The all-caps, block-length message was in the style of city-sanctioned projects reading “Black Lives Matter” that sprang up during the summer’s fierce protests over police bias and racial injustice — including one outside Manhattan’s Trump Tower, which has become a vandalism magnet.

At least in one borough of New York City, is not a big fan of Governor Cuomo. As far as the Mayor, his popularity has fallen down the abyss and people of both parties and all boroughs think DeBlasio to be the worst Mayor in NYC history. 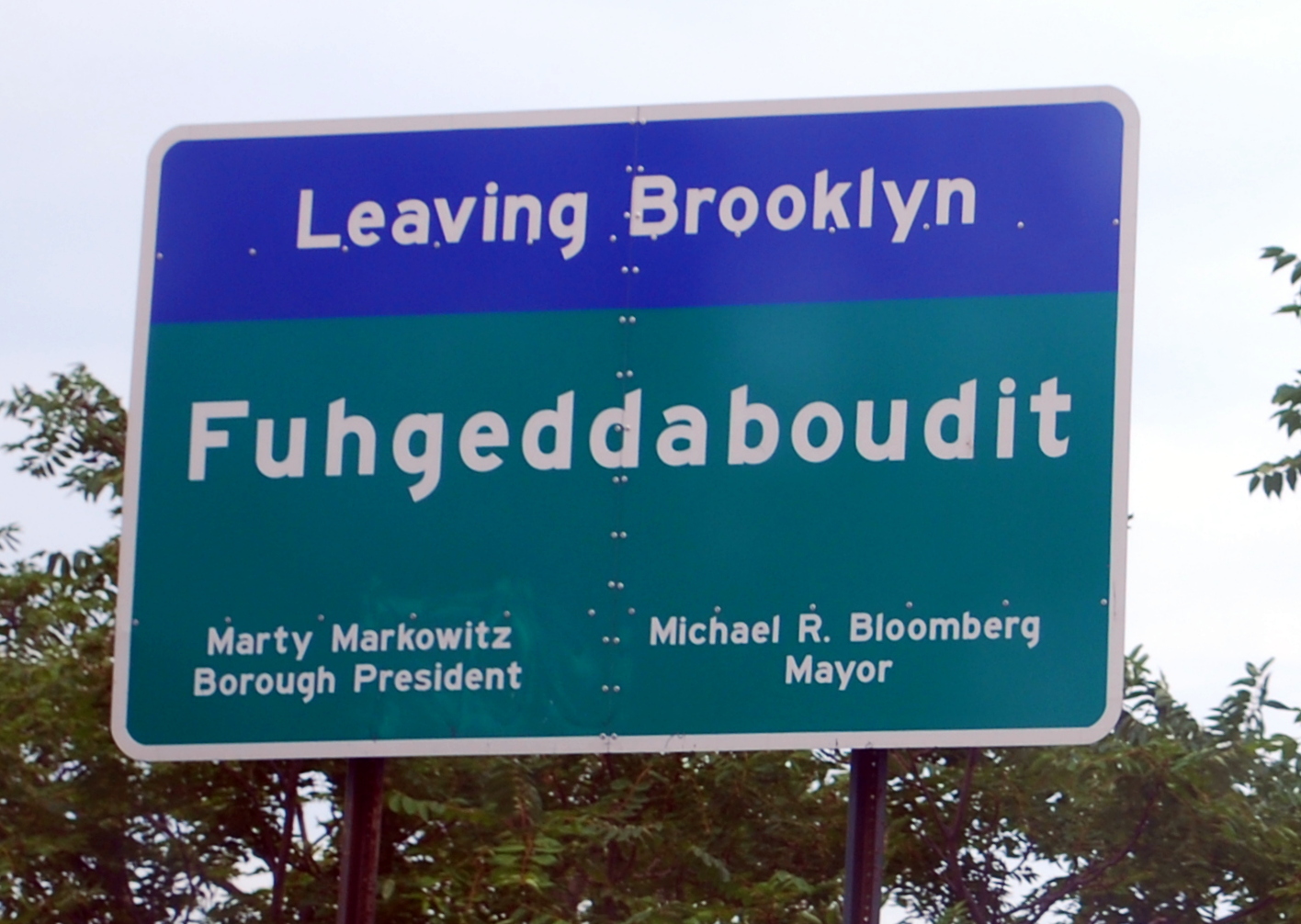