"TAKE ‘EM TO THE SLAUGHTER HOUSE" 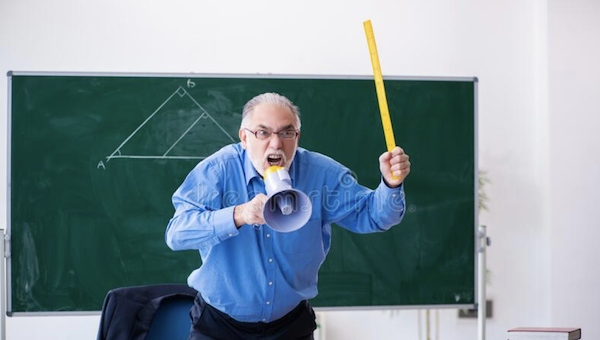 This is the corrupt state of every college and university. They are so sold to the extreme, anti-American, inhumane left that they are willing to “cull” anyone with a differing opinion.

There is no education going on in our system of miseducation. Only left-wing indoctrinating. No learning. Just leftist re-education.

According to Just the News, Kern Community College District is being sued for violating the First Amendment of its conservative professors.

John Corkins, vice president of the Kern Community College District Board of Trustees, made the agricultural quip at a Dec. 13 meeting following public comments dominated by accusations of racism and harassment by the Renegade Institute for Liberty at Bakersfield College.

“I think there’s a segment” of people at BC, perhaps “5 percent, that we have to continue to cull,” said Corkins, who runs an eponymous agribusiness. Trustee Nan Gomez-Heitzeberg, a retired 30-year administrator at BC, nodded in agreement.

“Got ’em in my livestock operation, and that’s why we put a rope on some of ’em and take ’em to the slaughterhouse,” Corkins continued, prompting a guffaw from Gomez-Heitzeberg. “Just bothers me when the bad actors are paid staff and they’re faculty,” who are “hard to get rid of.”

Tenured history professors Matthew Garrett and Erin Miller are leaders in the Renegade Institute, which has 23 listed “committed faculty.” The duo have been on the chopping block for at least two years.

The professors have filed against Hine and former Chancellor Thomas Burke for violating their First Amendment rights.

But don’t imagine that this is just an isolated incident. The administration of every school in America, from Kindergarten to the top colleges, all feel the same way. Want to eliminate everyone who isn’t an extremist left-winger who hates America. That is what the education establishment wants.