Crisis and Civil War in Libya: A Self-Interview

Much of what you read in the paper or see on TV about what is going on in Libya is wrong.  This must be making my friend and teacher Barry Rubin go a little bit crazy. Because as you can see below, he is talking to himself.  But even when Barry talks to himself, especially about the Middle East, he makes much more sense than anyone else. So read the below as the world’s preeminent scholar on the Middle East interviews the world’s preeminent scholar on the Middle East so you can learn what is really going on in Libya. 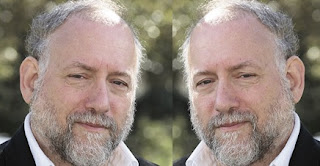 Who is the Libyan opposition?

I don’t know. I haven’t seen a single serious journalistic or academic investigation to answer this question.

What is U.S. policy doing to achieve this goal?

The president made a statement to that effect.

That’s about it. U.S. diplomats are discussing the idea of a “no-fly” zone and other measures at the UN.

Would a “no-fly” zone help?

When is a “no-fly” zone likely to be implemented?

After all the opposition has been wiped out by Qadhafi.

So then you’re saying that U.S. policy doesn’t make any sense?

Why then does the mass media and those who it does–unlike you–interivew not say these things?

You’ll have to ask them that question. If you read what officials say to the media it all makes “perfect sense.” They are talking about it. But this is what you get when there’s no U.S. leadership but merely consultations with everybody else.

But here’s something amusing. One of the main articles on Libya was written by someone who I know first-hand has absolutely no knowledge about that country. Once, on a different subject, a friend of mine told this person that she was going on television to be interviewed and was nervous because she didn’t know enough about the subject. “Fake it, that’s what I always do,” he answered. That’s how things work in Washington DC.

What should the United States and the West do?

Investigate the opposition–which should already have been done–and if they are genuinely pro-democracy people and not radical Islamists then send them military and financial aid. If the president of the United States says that Qadhafi should go–and given his long record of extremism, terrorism, and anti-Americanism that response makes sense–then do something about it.

Here’s how it is supposed to work: The president of the United States quickly consults with allies, announces a policy, and invites others to follow. That should take a total of 3-4 days followed by action. Now we have weeks of back and forth, ending with something watered-down, too little, too late, with too many compromises.

I wouldn’t favor sending troops. The overthrow of Qadhafi by people who would produce a more democratic and less radical government is in the U.S. interest and in the interest of Libya’s people. But every day that nothing is done it is more likely that Qadhafi will prevail. Then the world will watch and say critical words while he executes hundreds, even thousands, of people.

Have we seen this before?

I’m glad you asked! Yes, in 1991 when the U.S.-led coalition had thrown the Iraqi forces out of Kuwait, there was a rebellion against Saddam Hussein. The United States even imposed a “no-fly” zone, but then basically watched while Saddam unleashed a bloodbath. And a dozen years later, U.S. forces had to go in again to get rid of him.

Is that an important lessons for dealing with Qadhafi?

Yes, get rid of him now as long as you know he won’t be replaced by something worse.

What could be worse?

A radical Islamist regime that joined forces with either the Iran-Syria bloc or Muslim Brotherhood forces to overthrow all the region’s governments, start new wars with Israel, drive Western influence out of the region, and repress the people even more (though in Libya that last point might be impossible).

Barry Rubin is Director of the Global Research in International Affairs (GLORIA) Center and editor of the Middle East Review of International Affairs (MERIA) Journal. His books include Islamic Fundamentalists in Egyptian Politics and The Muslim Brotherhood (Palgrave-Macmillan); and The Long War for Freedom: The Arab Struggle for Democracy in the Middle East, a study of Arab reform movements (Wiley). GLORIA Center site: http://www.gloria-center.org His blog, Rubin Reports, http://www.rubinreports.blogspot.com.