I Cried Thursday Night, But Biden Made Me Feel Better On Friday 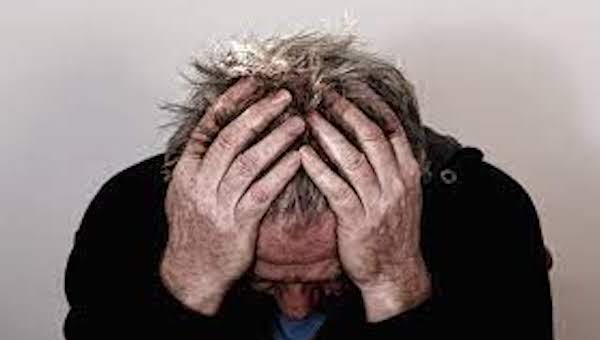 I feel so much better now.

Thursday night, the President of the United States said I was an evil man. Well, not just me, but anyone who disagrees with his political positions. To be honest, it made me very sad. Never before had a President of the United States make a prime-time address to say mean things about me and people I agree with. I love this country, our constitution, our Declaration of Independence, and our long history of protecting the rights and freedom of the American people. But Thursday night, the President informed me I was some sort of monster.

Biden trashed the people who had “MAGA” goals. He pointed out the evil of my ways. I never realized those objectives were terrible for the U.S.  Those objectives, such as America first, make the U.S. the most powerful nation economically and militarily on Earth. We also wanted our government to control our southern border as it was before he became Commander-in-Chief. MAGA folks wanted to keep America energy independent and reduce business regulations so companies are free to run their enterprises without government interference. The result is American companies that are more competitive internationally and at home, generating more income (more tax dollars) and more jobs. The people who agreed with those goals didn’t even have to be a fan of Donald Trump.

But based on his speech on Thursday, President Biden taught me that the MAGA goals were all evil. I felt horrible.

He even stopped calling us Ultra MAGA. Whenever a cleaning product introduces a more robust version of their product, they use Ultra as a prefix to the product’s name. When our President called us Ultra, I thought it was meant as a complement.

Thursday night President Biden, who campaigned on the basis of uniting the country, but never kept that promise, was at his most divisive. He singled out the people whose political positions were close to mine as evil and unAmerican.

I took the Presidents words to heart and cried all night long.

But on Friday, I felt so much better because the POTUS no longer thought I was a bad person. I was no longer very evil, maybe as bad as Generalissimo Francisco Franco ( who, I have been told is still dead).

On Friday, the President made me feel so much better.

President Biden on Friday said he does not consider any Donald Trump supporters to be a “threat” to the U.S. He said things that most people who supported MAGA goals would agree with.

He said the failure to condemn violence for political gains was “inappropriate.”

Holy Cow. I agree. People who use violence to make a political statement are wrong, and our leaders should condemn them publicly. I may have been sick with COVID and missed when the President scolded the people who encouraged and attempted to kill Supreme Court Justices after they ruled that abortion was a State rather than a Federal Issue.

I don’t consider any Trump supporters a threat to the country,” Biden said. “I do think anyone who calls for the use of violence, refuses to acknowledge an election…changing the way you count votes, that is a threat to democracy.”

WOW! I agree with that also. I think that people should acknowledge the results of an election. The Democrats who refused to acknowledge Trump’s 2016 win were very wrong. The states that changed the voting rules at the last minute of the 2020 election were a threat to democracy, just like the President said.

WHEW. I felt so much better. No longer will I have to prove myself to be a lover of this great republic. Thank you, Joe Biden. I will be able to sleep tonight—well, at least until I see what happens in the midterms.