My Friends who go to Chinatown in NYC tell me that the best way to find a good restaurant is to look for the ones that have the most Chinese people eating in it. It kind of make sense. Would you hire a painter who’s house has a messy paint job? Or go to an aerobics class with a 500 pound instructor. Now the bonus question would you hire someone to cut hair in your beauty parlor, who wore a Muslim Head covering?

Sarah Desrosiers wouldn’t. She refused to hire a Muslim woman who wouldn’t be able to show her hair at work for religious reasons. She said that she would have done the same if it was somebody who refused to take off a baseball cap at work. After all this was a hair salon.

The British PC police ruled that Sara was guilty of indirect discrimination (whatever that means). She was ordered to pay £4,000 for hurting the Muslim girls feelings. Read the full ridiculous story below:

It seems too lunatic to be true. But here a hair salon boss reveals how she was driven to the brink of ruin – and forced to pay £4,000 for ‘hurt feelings’ – after refusing to hire a Muslim stylist who wouldn’t show her hair at work
For Sarah Desrosiers, meeting Bushra Noah was not a moment in her life that she would describe as especially memorable. Not only was it brief – lasting little more than ten minutes – but it was rapidly obvious to Sarah that Bushra was not the person for the junior stylist position she was trying to fill at her hairdressing salon.
Sarah’s reasoning? Quite simply that Bushra, a Muslim who wears a headscarf for religions reasons, had made it clear she would not be removing the garment even while at work. 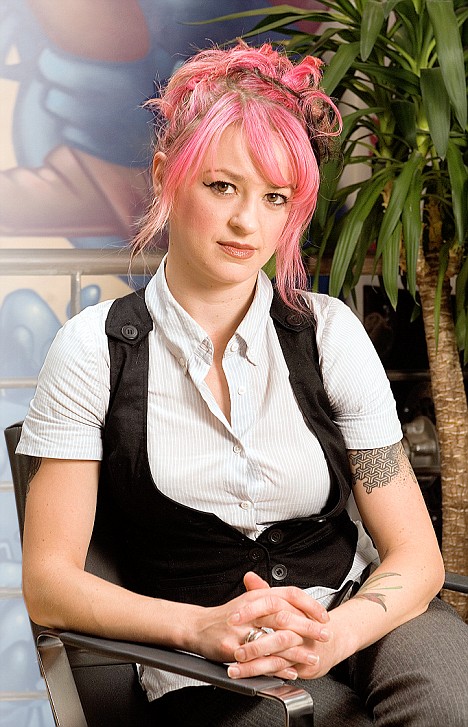 Sarah Desrosiers says she did nothing wrong by not employing Bushra Noah and would have done the same if an employee refused to remove a baseball cap Sarah felt that a job requirement of any hairdresser was that the stylist’s hair would provide clients with a showcase of different looks. Especially one working in a salon such as hers, which specialises in alternative cuts and colours.
Yet the ten minutes during which Sarah’s world collided with Bushra’s has resulted in an extraordinary employment battle, in which she was accused of ‘direct’ and ‘indirect’ discrimination.
For a year, Sarah has been facing financial ruin, due to a compensation claim for £34,000 brought by Bushra, 19, who has maintained she is due that figure after being turned down for a job at the Wedge salon in London’s King’s Cross.
In the event, the tribunal ruled this week that while Bushra’s claim of direct discrimination failed, her claim for indirect discrimination had succeeded.
Sarah has therefore been ordered to pay £4,000 compensation by way of ‘injury to feelings’.
Although this is a smaller sum than she’d feared she might have to hand over, Sarah, 32, is still outraged.
‘I am a small business and the bottom line is that this is not a woman who worked for me,’ says Sarah. 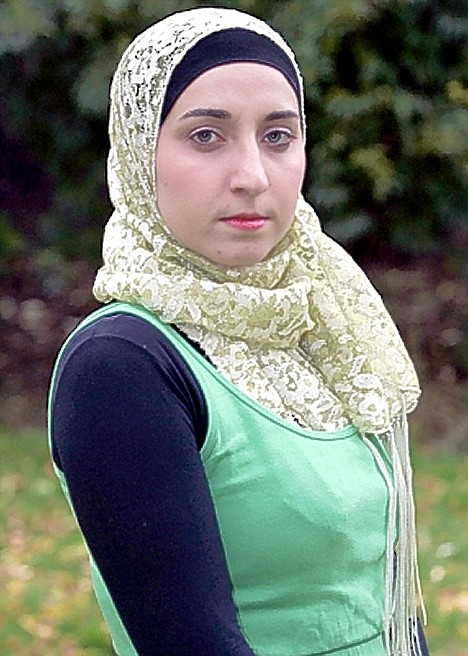 Bushra Noah says that Sarah Desrosiers ‘hurt her feelings’ by not employing her after a ten minute interview’She is simply someone I met for a job interview, who, for a host of reasons, was not right for the job. I cannot see how she deserves £4,000. ‘As for the notion that I’ve injured her feelings – well, people’s feelings get injured every day. I dread to think the sorts of things that people will try to claim injured feelings for now that this precedent has been set.’
In its ruling, the tribunal said it was ‘satisfied that Bushra was not treated less favourably than Sarah would have treated any woman who, whether Muslim or not, wears a hair covering at all times when at work’.
Accordingly, the claim of direct discrimination failed.
But with regard to the issue of indirect discrimination, they found that Sarah had pursued a ‘legitimate aim – that aim being to promote the image of the business’. However, the burden of proof was on Sarah to prove that her means of achieving that legitimate aim was proportionate.
She was not able to prove her contention that employing someone with a headscarf would have the negative impact on her business’s stylistic integrity that she feared.
Since the judgment, Bushra, who is of Syrian descent and has worn a headscarf since she was 13, has, so far at least, chosen not to comment.
But, speaking last year, she admitted she had attended 25 interviews for hairdressing jobs without success.
But Sarah, she told the tribunal, had upset her the most.
She said: ‘I felt so down and got so depressed. I thought: “If I am not going to defend myself, who is?” Hairdressing has been what I’ve wanted to do ever since I was at high school.

‘This has ruined my ambitions. Wearing a headscarf is essential to my beliefs.’ Bushra had a job in a salon in London, where her tasks included cutting hair, highlighting, tinting and perming, before she left to get married in Syria in 2006.
But on her return to Britain, she was unable to find work.
She has given up her ambitions to become a hairdresser and is studying travel and tourism at Hammersmith and West London College while working part-time in a shop.
At the tribunal, Bushra was asked if Sarah had made derogatory remarks about her headscarf.
She replied: ‘She did not. She just asked me if I wore it all the time, or whether I’d take it off.’
Although Bushra is believed to have been acting alone, in the past similar cases have been championed by Muslim traditionalist groups.
In 2006, the Law Lords overturned a court ruling that teenager Shabina Begum’s human rights were violated when she was banned from wearing full Islamic dress at school. 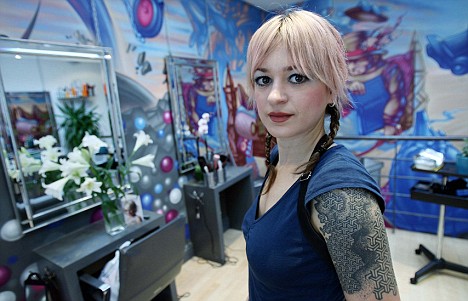