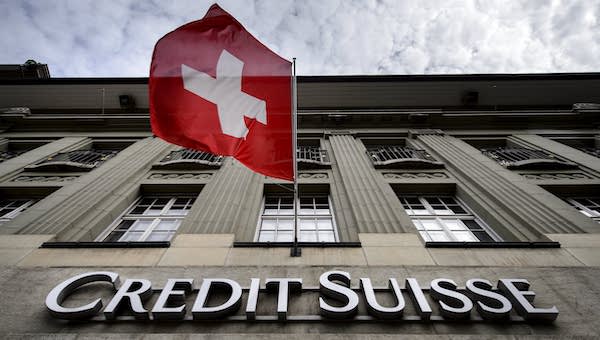 A man who applied for a loan from one of the world’s biggest banking concerns says he was denied unless he tweeted out messages supporting the left-wing climate change agenda.

In testimony before the Texas Senate Committee on State Affairs, Bud Brigham, the executive chairman of Brigham Minerals, said that Credit Suisse denied him a loan because he would not support the bank’s radical, left-wing, socialist climate agenda.

The worse part for Brigham is that he had been a previous customer of the bank, but they still told him to knuckle under to the left-wing social media posts.

Brigham testified that, during a capital raise with Credit Suisse, with whom he claims to have raised over $1 billion with over 15 years, the bank instructed him put out overtly political statements on ESG. Brigham explained that an unidentified bank almost immediately approved him for a loan, while Credit Suisse failed to respond to his loan application.

When he reached out to ask why, Brigham claims a representative at Credit Suisse said the bank might not be able to partner with Brigham, allegedly telling him that “climate change is real and it’s not debatable.”

Brigham claims he responded that science is ever-evolving, prompting the representative to offer an opportunity to strike a deal — but only if Brigham parroted the bank’s climate agenda.

“How about if I can get you some bullets to tweet? If you can tweet this out, I think there’s a good chance we can do this deal,” the representative allegedly said.

Banks have NO PLACE telling customers what political causes they need to support to be allowed to participate in the business.