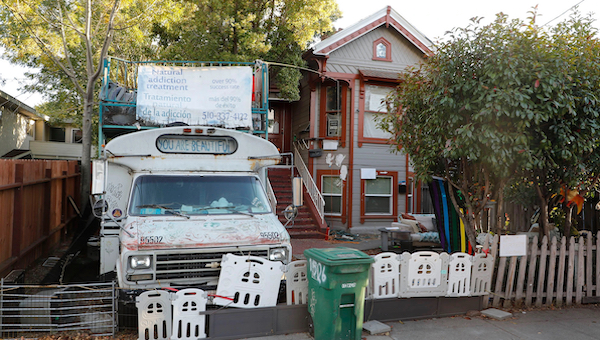 An evil man named David DePape, with a history of mental illness is the person arrested for attacking Paul Pelosi. But to hear the media tell it, he was an agent of Republicans and insurrectionists. In point of fact, he was a mentally ill liberal/progressive nudist who lived in a hippie commune and had an ex who told the media of his mental problems. Oh, and at one time, he thought he was Jesus. Media lies continue with deliberate misinformation designed to mislead and confuse the electorate, malign Republicans, and skew the midterms. Welcome to Imbecile Central.

“He came back in very bad shape. He thought he was Jesus. He was constantly paranoid, thinking people were after him. And it took a good year or two to get back to, you know, being halfway normal…When I met him, he was only 20 years old , and he didn’t have any experience in politics, and he was very much in alignment with my views, and I’ve always been very progressive. I absolutely admire Nancy Pelosi.” Oxane Taub, aka Gypsy”

So media lies have once again attempted to shift the blame to Republicans. Even Bungling Biden tried to tie the attack to  “Republican lies about stolen elections.”  Let’s be clear: violence is committed by violent people, a good percentage of whom are mentally ill or just plain evil.

And the only time a conservative might walk around nude is when the liberals in the federal government raise taxes so high that they can’t afford clothes.

Paul Pelosi’s assailant has been ID’d as David DePape, a member of Castro Nudist Protesters and a hemp artist.

This photo states the man to the right of Gypsy Taub is her husband.

Probably not a Christian nationalist. pic.twitter.com/knWmEqegNE

The timeline of the media with the Pelosi attack is skiffy too, which doesn’t help. One hammer or two? It appears there was one hammer that the two men struggled over, but then even the police description isn’t clear on that point. And the mysterious 3rd person, was that a housekeeper, a butler, or who?

…wrestled with Paul Pelosi while a mysterious 3rd man watched, Paul went to the bathroom, called 911, returned to wrestle the hippie nudist, the unnamed 3rd man let police in, and then the hippie hit Paul with a hammer, because he saw a Kevin McCarthy news conference a year ago

Then there was the suspect himself:

And, as I discovered yesterday, DePape lived with a notorious local nudist in a Berkeley home, complete with a Black Lives Matter sign in the window and an LGBT rainbow flag, emblazoned with a marijuana symbol, hanging from a tree. pic.twitter.com/qxNvgWXSaG

So the suspect was a violent leftist with mental problems. We’ve heard everything from the CIA to aliens were behind the attack. We’ve even heard rumors about a sexual relationship gone bad. Mentally ill people need help, but in many cases, they never get it. And when they’re aligned with leftists, they won’t seek that help because liberalism is a mental disorder all by itself. Democrats want to pin the blame for this incident on their opponents, and media lies go right along with them.

No matter your political affiliation, we should all pray for Paul Pelosi to have a quick and full return to health.