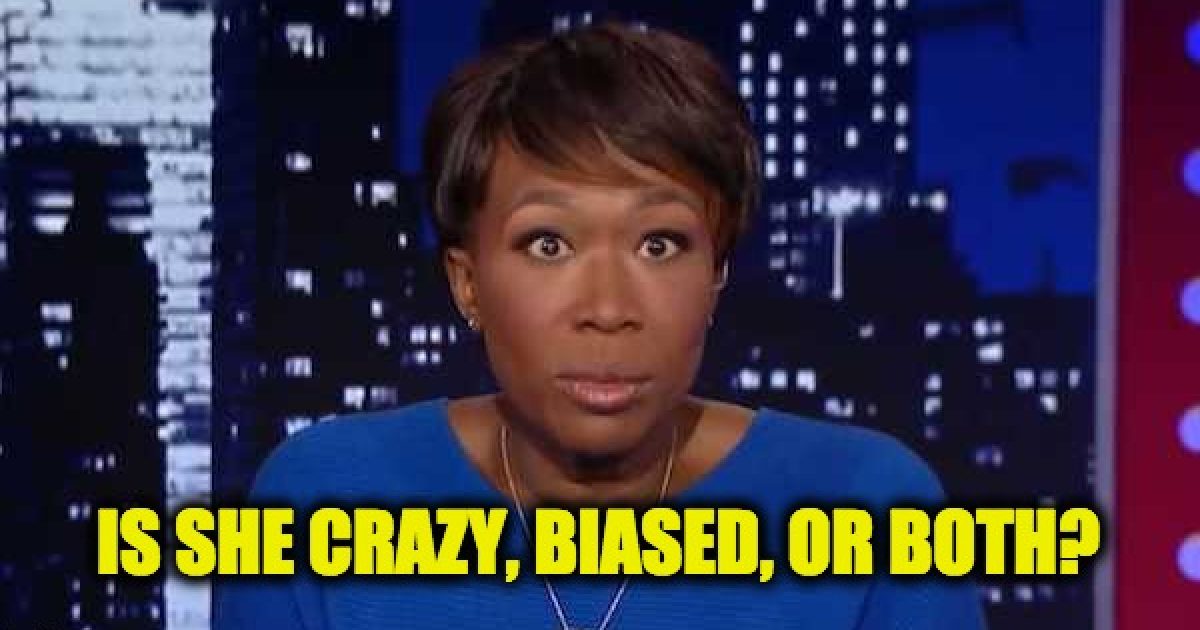 Does Joy Reid get these crazy lies while in the padded room, wearing a jacket with he loooooooong sleeves that tie together in the back?

During the Saturday edition of MSNBC’s “AM Joy,” host Joy Reid falsely claimed the National Rifle Association (NRA) is aligned with the alt-right in an effort to make guns a cultural issue, Breitbart.com reported.

“The NRA has sort of aligned itself with the so-called alt-right,” she said, offering no proof whatsoever of her outrageous claim. “They’ve made it a cultural issue and sent signals that it is the scary brown people you need to arm yourself for civil war against. It’s crazy messaging. That next generation, very multi-racial, very multi-cultural. They’re not interested in that message.”

The claim was made during a panel discussion on a lawsuit brought against the state of Florida by the NRA after lawmakers passed a gun control measure.

Reid then brought up the man arrested for making threats against Jolly and tried to link him to the NRA: “Do you see that kind of extremism actually now whip sawing now on the NRA and hurting them because they’re associated with people that crazy?”

Jolly began his response: “Sure, it should, and it’s the product of 20 years of absolutism by the NRA.”

A bit later, the former Republican congressman further railed against the NRA and Republicans: “The NRA has successfully indoctrinated today’s generation of Republican leaders in Congress, but you’re right, the next generation’s going to be different.”

Jolly, Wilmouth added, “advocated giving Democrats control of Congress in order to enact more gun control, so it is very questionable for him to continue identifying himself as a ‘Republican.’”

I am not one of those people who can say they have been members of the NRA for 20 or 30 years, but I have been a member for four years. I get (and read) their mailings, their magazines, etc. and have never received anything that indicates the organization is connected with the alt-right in any way, nor have I ever read any literature from the NRA indicating they approve of bigotry in any manner.

Truth be told if Congress ever figures out a way to keep crazy people from getting guns without hurting sane gun owners one of the first people to be restricted should be crazy Joy Reid.