Why Was CPAC 2019 Different From All Other CPACs? 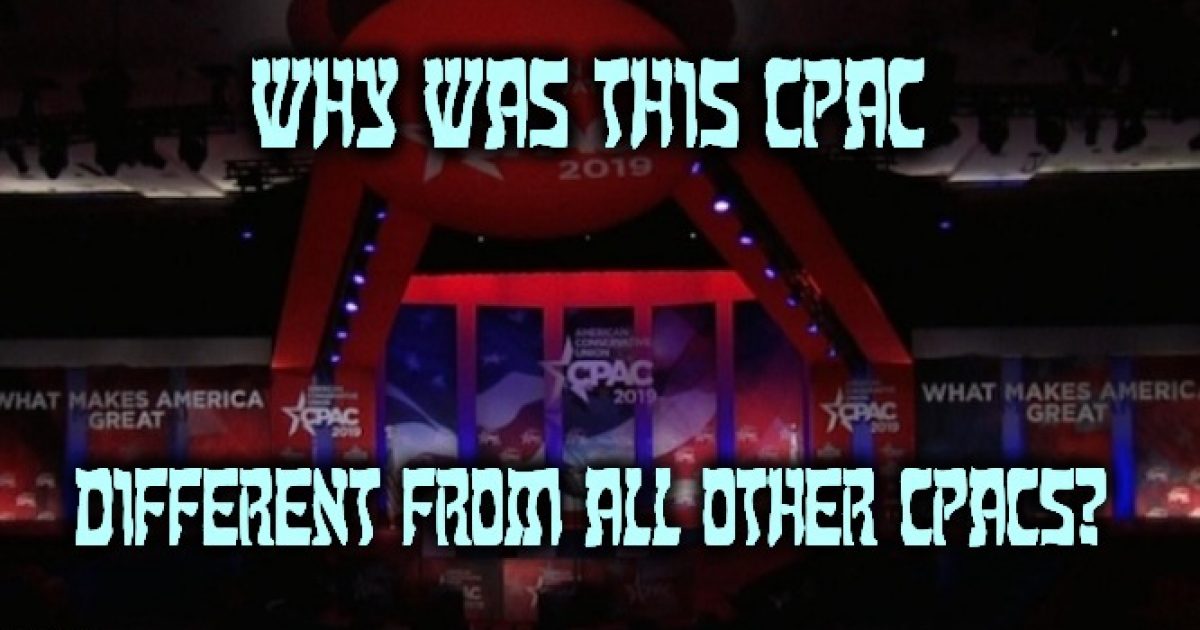 Last Tuesday, after packing my car with two suitcases, radio broadcasting equipment, minyan bag including a “Make America Great Again” kippah, and one 29-year-old daughter, I made my annual trek down to our nation’s Capital for The Conservative Political Action Conference (CPAC) Or as I jokingly call it, band camp for conservatives.

CPAC 2019 however, was much different from the eight previous CPAC’s I’ve attended (I missed last year because of a family illness).  Maybe the year off made it more visible, or perhaps because support for Israel and fighting Antisemitism fits naturally in CPAC 2019’s theme of  “What Makes America Great,” but it seems as if sometime during the last two years the conservative movement in general and CPAC specifically became more Hamish.

My first stop upon arriving in DC on Tuesday was not CPAC, it was the White House, where I met with fellow Long Island nice Jewish boy and conservative Paul Teller. Paul was the Chief of Staff for Ted Cruz (R-TX) and is now the Special Assistant to the President for Legislative Affairs. It wasn’t our shared belief in conservatism that drew Paul and I together as friends, but it was our shared support of Jewish Issues and Israel.

Paul’s office, in the East Wing of the White House, reflected that support.  It didn’t contain any political props because, as Teller told me, political posters or tchotchkes aren’t allowed in government offices.  His office displayed his pride in the Jewish State and featured a glass cabinet which protected tchotchkes from the opening of the U.S. Embassy in Jerusalem (he was there to support the members of Congress who went) and a Kippah (yarmulke) showing a picture of his former boss Ted Cruz. 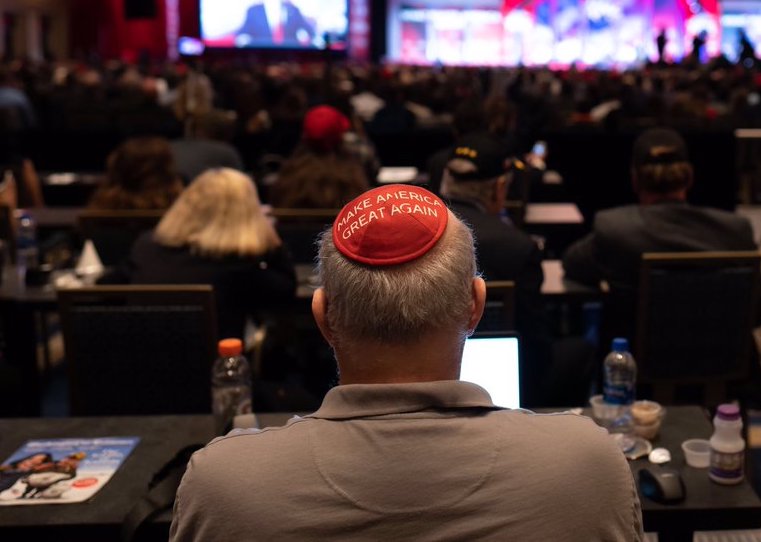 There were many vital issues Teller could have discussed with me given his position in legislative affairs, but our sole focus was Israel and his pride in working for a President whose America first policy included the need to support a Jewish State of Israel.

My meeting with Paul Teller and our discussion about Israel set the tone for the next four days because CPAC, had more visibly Jewish attendees, and speakers talking about Israel, than any other CPAC I have ever attended. 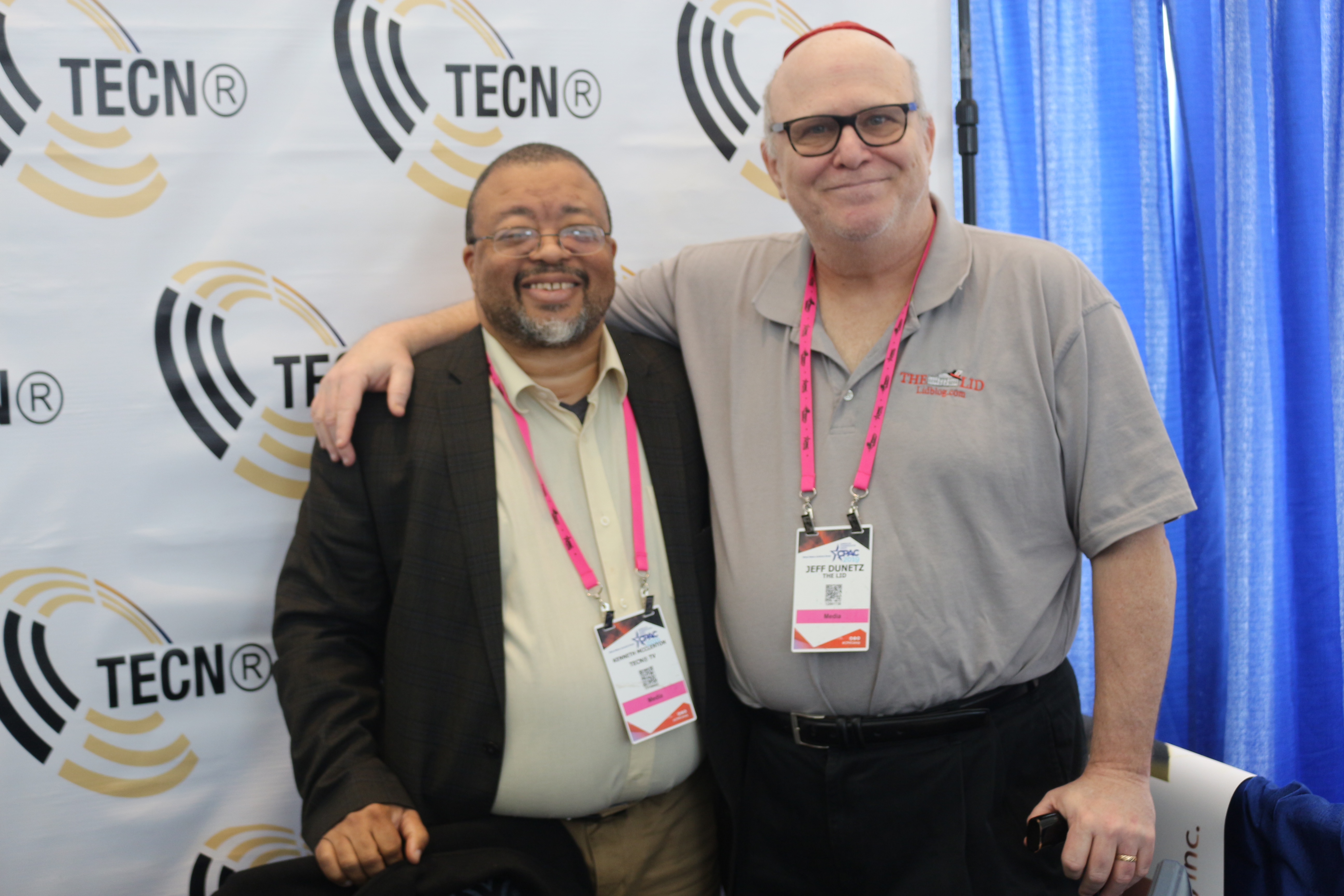 With My CPAC Co-Host Ken McClenton “The Exceptional Conservative”

While I spent most of the conference in my usual place at the media filing center at the back of the ballroom where the main speakers made their addresses, for two hours on Thursday and again on Friday, I broadcast a radio show from CPAC’s “Radio Row,”  co-hosting with my good friend and brother from a darker mother Ken McClenton, The Exceptional Conservative. Radio Row is a chain of broadcast booths outside the walls of the ballroom.   From that vantage point, I could see the general attendees of the conference as they checked out who was broadcasting from CPAC. One thing that was very obvious when I looked at the folks walking around radio row, was there were many more visibly Jewish attendees, men wearing Kippot, than ever before.

The Importance of Jewish conservatives was not only reflected by my fellow Yids wearing lids, but it also went way beyond that. Most of the general audience speakers including Senators Mike Lee, Lindsey Graham, Ted Cruz,  along with the head of Turning Point USA Charlie Kirk, internet stars Diamond and Silk, the “great one,” radio star Mark Levin and so many many others spoke of the importance of the U.S. Israel Relationship, as part of their address. 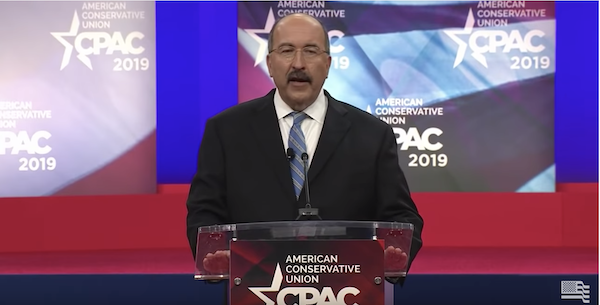 There were also specific programs directed toward Jewish related topics. These included “Protecting the Freedom of Jerusalem,” an address given by Ambassador Dore Gold, the former Director-General of the Israeli Ministry of Foreign Affairs. And two panel discussions based on Jewish-related topics.  One was called “Why Anti-Zionism is a Form of Anti-Semitism and a Threat to National Security,” it featured Rabbi Yechezkel Moskowitz, National Council of Young Israel. The other was called “Examining the Contributions of the Only Democracy in the Middle East” whose panelist included Elie Pieprz of the Yesha Council, and Ambassador Yoram Ettinger, who represented Israel in many different capacities and cities in America.

CPAC on Friday brought the announcement of a new Jewish organization called “Jexodus.org” formed by Jewish millennials who are “tired of living in bondage to leftist politics.”  They, “reject the hypocrisy, anti-Americanism, and anti-Semitism of the rising far-left.” They also reject the leadership of the too many old-school Jewish organizations who put their allegiance to liberal politics before their loyalty to the Jewish people.

While I was welcomed ten years ago during my first trip to CPAC especially by the CPAC Staff and the folks at the ACU, there was a feeling of isolation because the presence of fellow Jews and topics appealing to Jews seemed rare. The Jewish void reflected the sparseness of Jews in the conservative movement.  However, the combination of a President and a conservative movement placing greater emphasis on supporting Jewish issues because they naturally fit with the America First agenda, has led to more Jews taking a look at conservative principals. Their open-minded research has made them realize that conservatism closely aligned with traditional Jewish values, Thus they and abandoning the Antisemitism of liberalism and becoming conservatives.

The American Conservative Union (the organization that runs CPAC) saw this change happening and reflected it in their program which in the end drew more Jews like my daughter and me to CPAC and the capital of our nation last week.