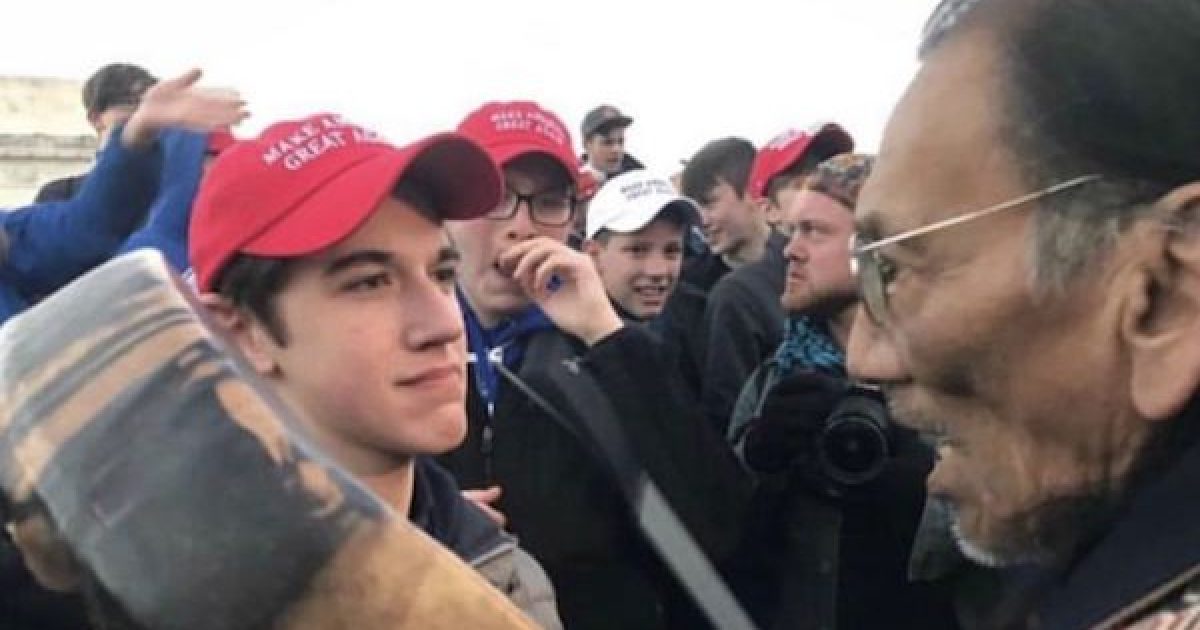 An independent investigation into the now-famous showdown between students from Covington Catholic High School and a Native American man found the students’ accounts to be truthful, including fact there was no racism expressed by the kids.

The bishop of Covington needs a thorough tongue lashing for not being more supportive of Nick Sandmann. He should tender his resignation immediately and offer a profuse apology.


The inquiry, conducted by Greater Cincinnati Investigation Inc., found that the accounts of Nick Sandmann, his classmates, and the chaperones on their trip to the nation’s capital were consistent with videos that circulated online showing that it was they who were harassed by a group of so-called Black Hebrew Israelites.

The report said the students said they felt he was coming into their group to join in with the students’ cheers and that none felt threatened by Phillips.

“We found no evidence of offensive or racist statements by students to Mr. Phillips or members of his group,” the report stated.

(…) The Rev. Roger Foys, the bishop of Covington, told parents in a letter obtained by Fox News that their students had been exonerated for the misrepresentation of their actions on January 18.

“The immediate world-wide reaction to the initial video led almost everyone to believe that our students had initiated the incident and the perception of those few minutes of video became reality,” he said. “In truth, taking everything into account, our students were placed in a situation that was at once bizarre and even threatening.”

But the damage has already been done, and no one who raced to condemn these kids has enough class to admit they were wrong. The only justice will come when Sandmann’s lawyer takes the media outlets and celebrities who dragged this kid’s name through the mud to court to face the consequences.

So @brianstelter are you and @CNN going to attempt to make this right and cover this?

I dare you respond!